Mission To Mars - Year 2030, Space Travel, And Our Destiny Beyond Earth by Adidas Wilson

Everyone seems to be thinking about Mars nowadays. NASA plans to have humans on Mars by 2030 while SpaceX wants to do it sooner, by 2024. Mars is a common theme in Hollywood. 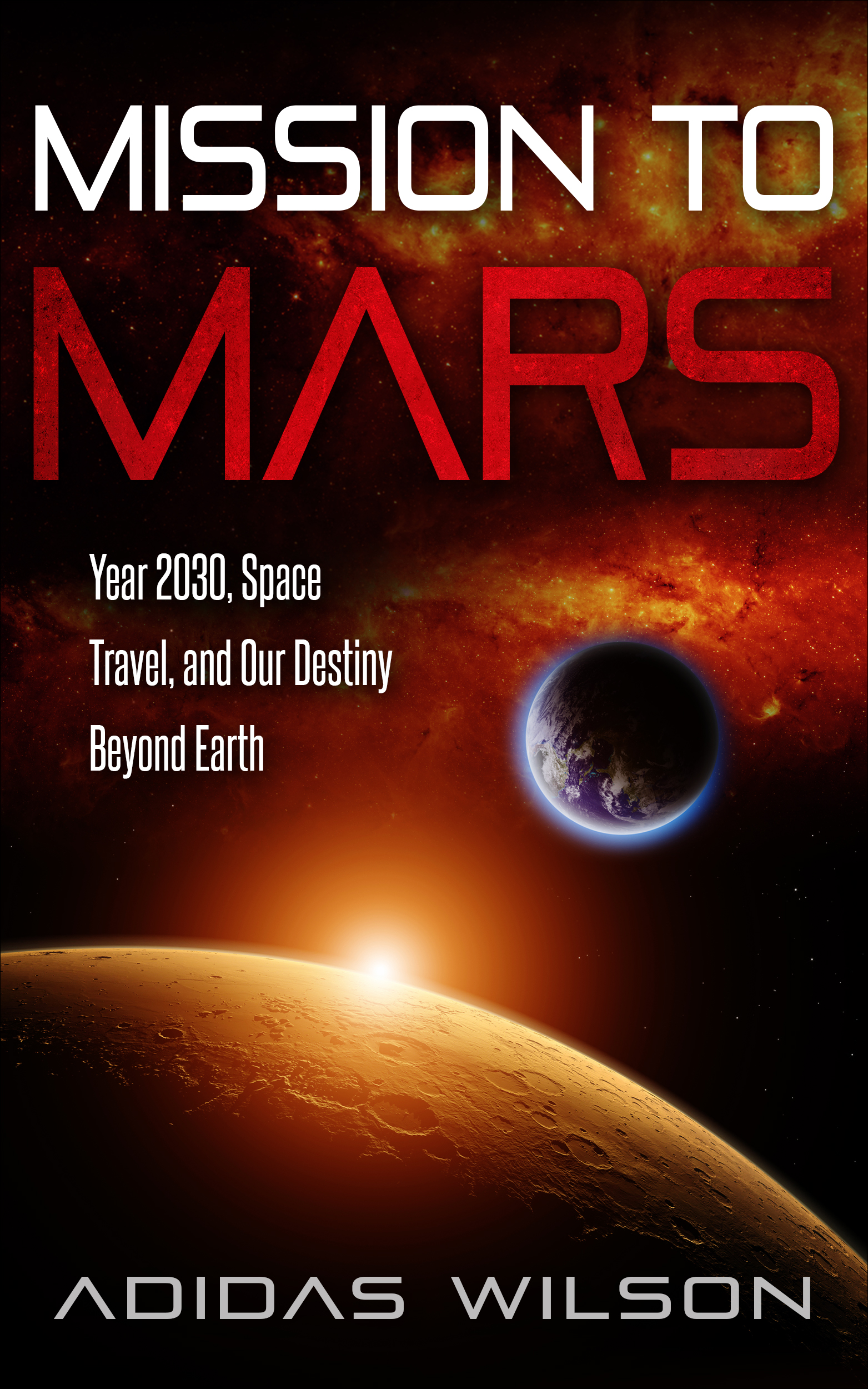 Everyone seems to be thinking about Mars nowadays. NASA plans to have humans on Mars by 2030 while SpaceX wants to do it sooner, by 2024. Mars is a common theme in Hollywood. There are movies like The Martian and Life that speculate how life may be on the red planet. None of these movies, however, seems to address the elephant in the room—how will humans survive long-term on Mars? The Mars atmosphere is mostly comprised of carbon monoxide and its surface is too cold for human life. The gravity is 38% that of Earth. This leaves the question of how a human being can survive such an environment. Traveling to Mars is an easy task, as the journey will only take 260 days when the two planets are closest to each other. After arriving, the challenge is landing on the surface. What landing system is safe for colonists and astronauts? By 2007, scientists had four landing suggestions; the Legged Standing System, Sky-Crane Landing System, Airbag Landing System and lastly, the Touchdown Sensing. As of 2017, scientists had already come up with more ways for landing such as diving into the Martian atmosphere and skirting closer to the surface. NASA is already thinking of the kind of habitation that will help colonists survive on Mars. In 2016, six companies had started designing possible habitat prototypes. All these prototypes are likely to be similar in a few ways—they should be self-sustaining, able to support life for a long period of time without help from Earth, and have a seal against Mars's thin atmosphere.