The drama continues for Emmie and her friends. More suspense and excitement and finally a revelation that Emmie has never even anticipated, certainly not at her new school. 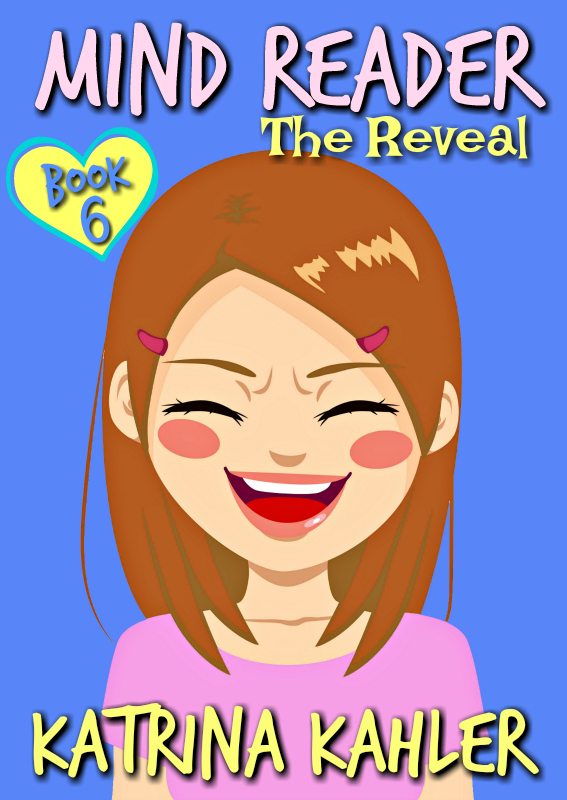 The drama continues for Emmie and her friends. More suspense and excitement and finally a revelation that Emmie has never even anticipated, certainly not at her new school. Find out what is revealed in this amazing sequel.
Mind Reader - Book 6: The Reveal, is another fabulous book for girls.


I glanced towards Blake and looked down at the note in his hand. His gaze was lowered as he took in the words on the small piece of yellow notepaper that he was holding. I noticed the corners of his mouth turn upwards in a pleased grin. He was clearly more than happy to read the text in front of him. And that was what worried me the most. His eyes abruptly locked on mine, and I caught the bright flush of red that crept over his cheeks when he realized I’d been watching. His expression betrayed his guilt, but I continued to stare back, not bothering about the discomfort I was causing. He should be made to feel guilty…a note from Sara Hamilton could only mean one thing, and I did not have to be a mind reader to guess what the note might say. Even though I couldn’t be sure of the exact words, Blake’s expression was a dead give-away. Glancing around uncomfortably, he shoved the crumpled piece of yellow paper quickly into his pocket and turned to Jack and Millie, who were discussing plans to hang out at the mall that afternoon. “Yeah, let’s do that!” Blake said, his eyes darting back towards me in the hope that perhaps I hadn’t seen the exchange between him and Sara after all. The note was obviously something he did not want to mention to any of us, and he was clearly uncomfortable at the possibility of me knowing about it. But that was what made the situation worse. If Sara was passing him notes, why didn’t he just tell us? By keeping it secret, it made him so much guiltier, and I felt sure that my ongoing fears over Sara’s interest in him were definitely justified. The biggest worry was the fact that she actually seemed to be winning him over. What other explanation could there be? I thought of Julia and wondered what she was doing right then. She had only been gone a short time, and already it seemed that Blake had moved on. Was that really the case or did I have the wrong impression altogether