Calvin Winslow is an unhappily married man who takes a late night exit and finds a hellish back road. 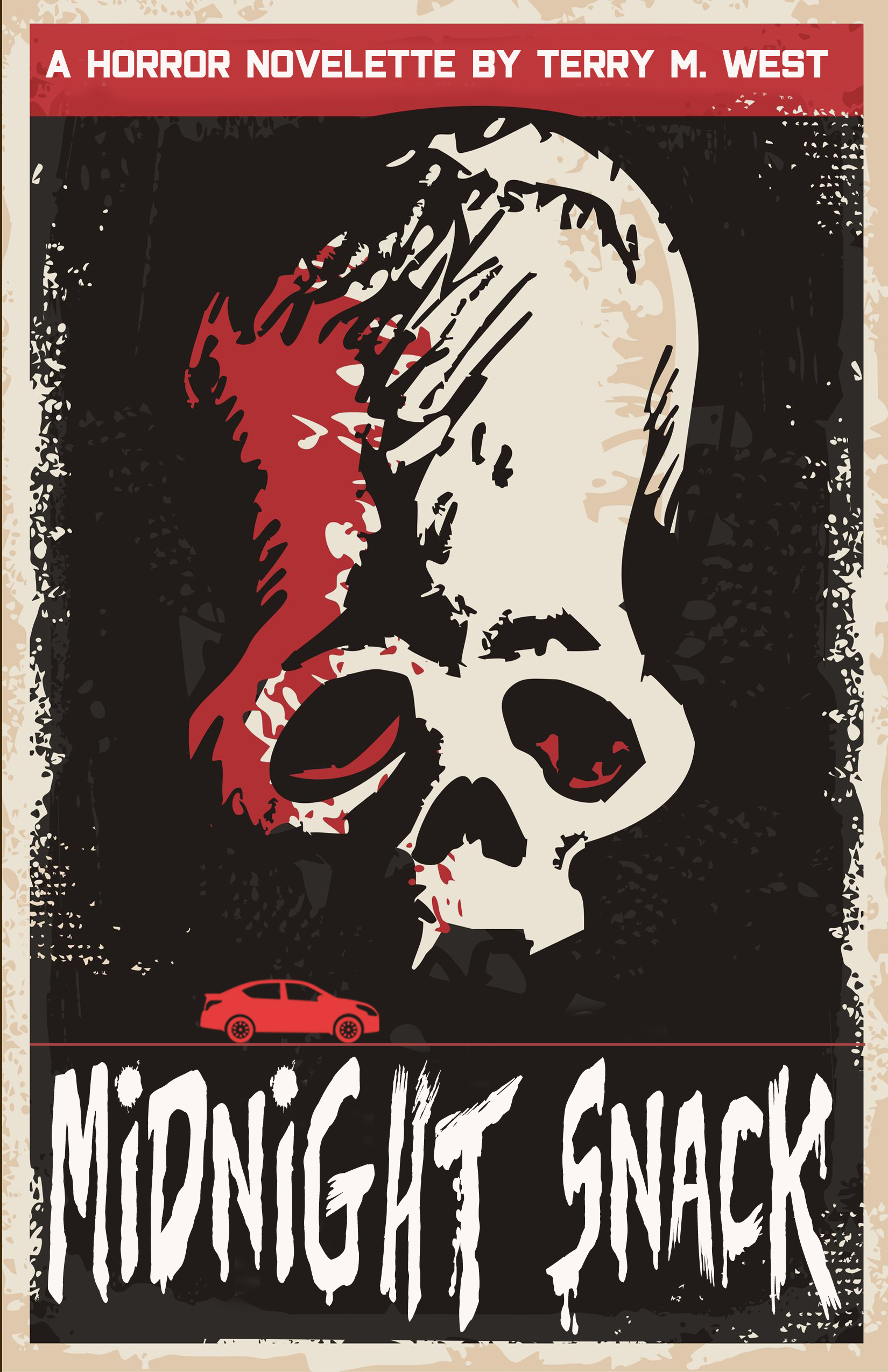 In this highly-acclaimed horror novelette by Terry M. West, Calvin Winslow is an unhappily married man who takes a late night exit and finds a hellish back road.


MIDNIGHT SNACK has been read thousands of times and has made the #1 Amazon ranking for a horror short story several times since publication.


His eyes went back to the window. A young girl stared out at him. She looked to be about ten. She was certainly no older than that. Her face was pale and her eyes were shadowed. Calvin smiled and gave her a wave. She sat there, facing Calvin but not acknowledging him in any way. He took the smile back, and turned away. But his eyes rolled toward to the girl once more. She continued to stare at him. Her eyes were hidden, burying intention. She was as still as furniture.
Calvin stopped looking at the girl and he put on imaginary blinders. The girl was creeping him out, and he just couldn’t adjust to the queer vibe coming off of this little onlooker. Even with a meal and guidance out of this black hole to come, Calvin stressed fearfully. He thought of Lot’s wife, but looked again anyway. His head moved as if his chin was being tilted in that direction by invisible fingers.
The girl was no longer alone in her vigil. Calvin had a ghoulish audience of a dozen or more pressed against the window. The odd pack looming over the gray little girl was made up of the teenagers Calvin had spotted upon his entrance. Their still and ashen faces stared silently at him. They glowed in the fluorescent lighting. The crowd looked like the reflection of a mob staring in. Their color was muted and nearly absent. They were ghosts trapped in cold and bloodless flesh. It was all too much for Calvin. The desire to flee overwhelmed him. It was time to kiss this madness goodbye.