Megan and the Old Lady by Owen Jones

Megan meets an old lady who greatly changes her life. 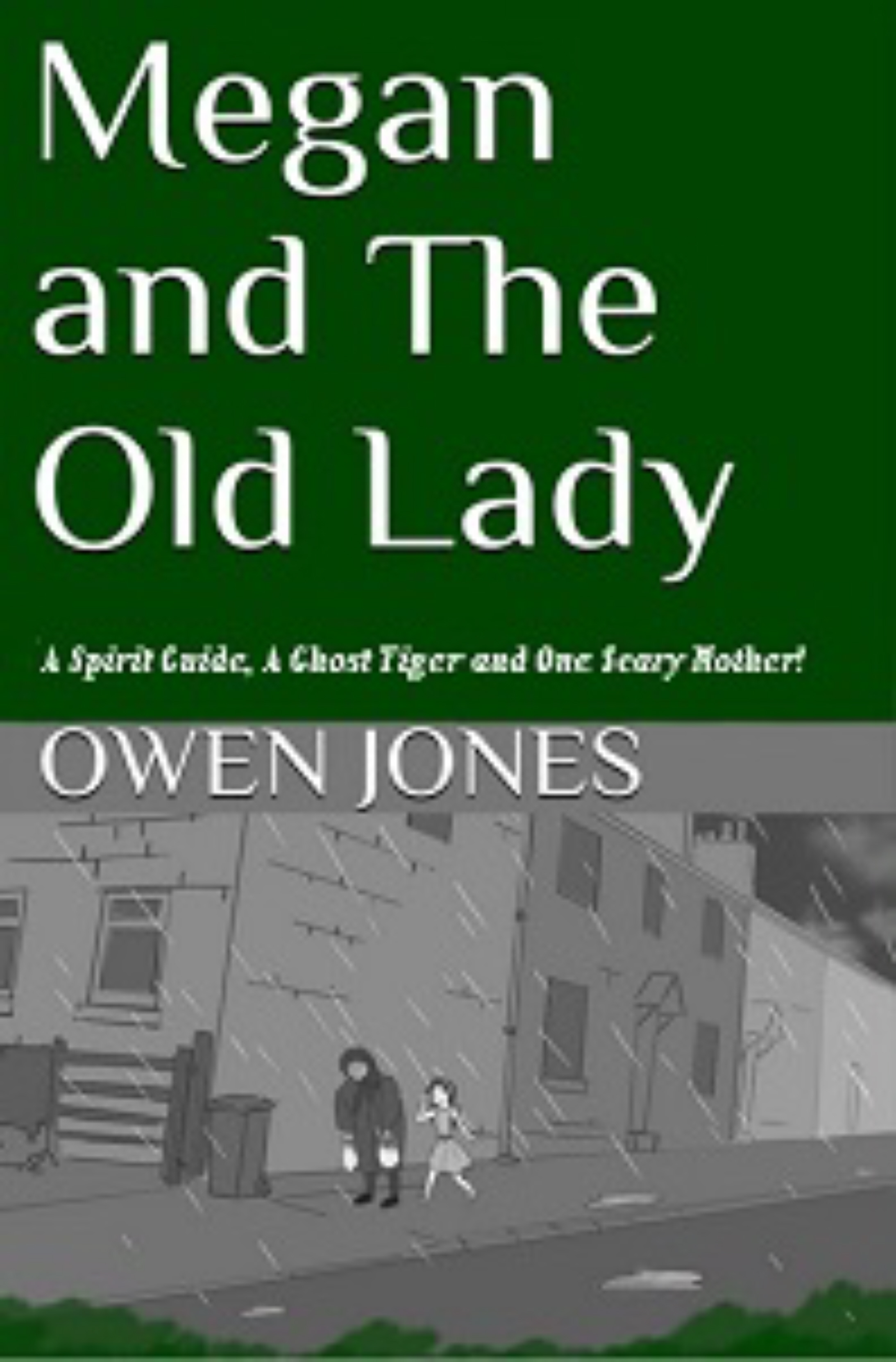 In this book Megan meets an old lady in a thunderstorm, who turns out to be a neighbour, a lonely person who lives on her own. They become friends and affect each other's lives for the better irrevocably.

One morning during the summer holidays, with nothing better to do, Megan had her breakfast and walked down to the big park by the coast. She liked to walk in the Park and the woods in it, looking out for unusual plants and wildlife. Grrr walked alongside and she talked to her whenever she thought no-one was watching. However, the fact was that many people saw her from their homes or cars and just assumed that she was either singing or talking to herself, although the less generous of spirit thought that she was probably doolally tap. If they had all known that she was talking to her friendly ghost tiger, there would have undoubtedly been a lot more who thought that. However, Megan thought no more about walking in the park with her Siberian tiger than other people did about walking with their dog.

They ran down the slip road from the street into the Park singing loudly, or at least Megan was, then they turned right, into Mill Wood. She was half-hoping to catch a glimpse of the family of once-domestic cats that she had seen before by the Old Mill, but that had been months ago and she knew that the chances were that the family had split up or at least that the kittens had already left home to seek their own territories and their own lives. She had been back to visit them a few times, so she knew they weren’t frightened of her or Grrr, if they could see her, but they hadn’t been there for a while. She sat on a rock, stroked Grrr and waited for them to notice that she was there. If they were in the vicinity, she was certain that they would come to say hello.