Lost Civilizations: 10 Societies that Vanished Without a Trace by Michael Rank 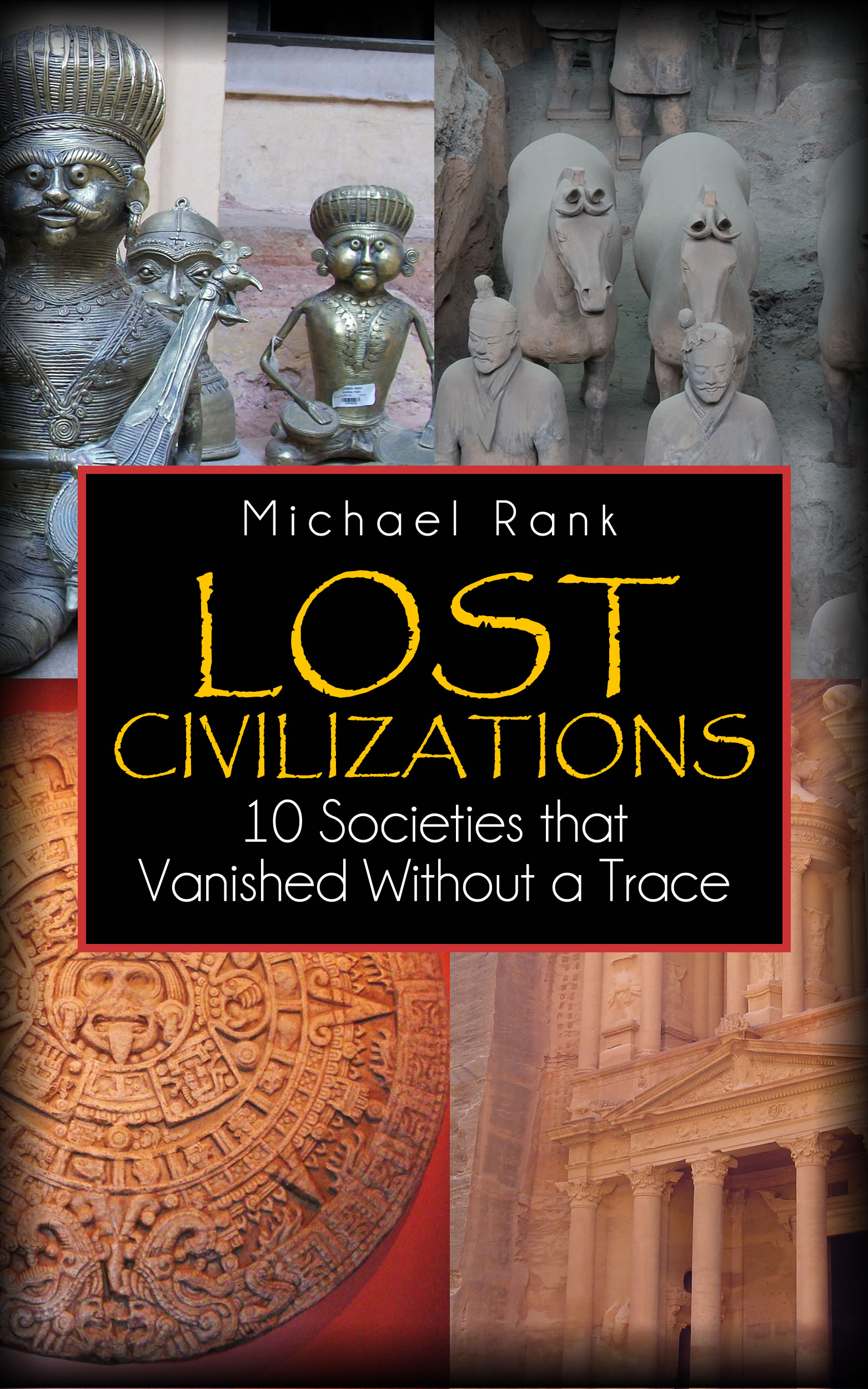 From the #1 bestselling author of History's Greatest Generals comes an exciting new book on the greatest societies in history that vanished without a trace, and why their disappearance still haunts us today.

Whether it is Plato's lost city of Atlantis, a technological advanced utopia that sank into the ocean "in a single day and night of misfortune"; the colony of Roanoke, whose early American settlers were swallowed up in the wild forest lands of the unexplored continent, or the Ancient American Explorers, who managed to arrive to the New World 2,000 years before Columbus, the disappearance of these societies is as cryptic as it is implausible.

This book will look at cultures of the 10 greatest lost civilizations in history. Some were millenia ahead their neighbors, such as the Indus Valley Civilization, which had better city planning in 3,000 B.C. than any European capital in the 18th century. Others left behind baffling mysteries, such as the Ancient Pueblo Peoples (formerly known as the Anasazi), whose cliff-dwelling houses were so inaccessible that every member of society would have to be an expert-level rock climber.

It will also at explanations as to how massive societies that lasted for centuries can disappear without a trace. Did the builders of the pyramids handy craftsmen whose method of transporting massive stones are still unexplainable simply disappear or were they part of an advanced alien race, as conspiracy theorists assert? Was the Kingdom of Aksum really the keeper of the Ark of the Covenant, and did this lead to their downfall?

Whatever the nature of their disappearance, these lost civilizations offer many lessons for us today -- even the greatest of societies can disappear, and that includes us.


"Lost Civilizations" was released in December 2013 and stayed on top of Amazon's "Early Civilization" and "Medieval Civilization" categories for 2 months. It continues to register strong sales despite limited promotion. It has clearly found a niche and will likely do well in foreign languages.

How Does a Civilization Disappear?

For a civilization that disappeared from earth over 1,000 years ago, the Mayas – better known as the Mayans – have had an extraordinary level of influence in the 21st century. On December 21, 2012, the world waited with baited breath at the conclusion of the 5,125-year “Long Count” Maya calendar, which many pseudo-intellectuals said was the official marking of the end of the world.

It is easy to laugh at such hysteria on this side of the event, but there were many who did not find the warning nearly so funny. The Telegraph wrote in the weeks preceding the ersatz apocalypse that the panicked buying of candles and essentials were reported across the world, from China to Russia. There was a massive uptick in sales of survival shelters in America from small manufacturers, jumping from an average of one purchase a month to one a day. Many French prepared to converge on a mountain where they believed aliens would rescue them. Turks gathered in the scenic town of Şirince, formerly a Greek wine production center, as the best location to weather out Judgment Day.

To cash in at the box office on the growing fear of Planet Earth's impending doom, director Roland Emmerich even saw fit to produce a piece of forgettable disaster porn staring John Cusack, appropriately named “2012.” While it is doubtful that the film contributed much to the Judgment Day hysteria, it at least had an impact in China. The film was popular there due to its plot point of the Chinese military saving humanity by building massive arks. This is perhaps the largest irony of the Maya apocalyptic fever: it managed to impact an Asian nation of over 1 billion citizens, many of whom have no religious belief.