Grant Bradley is proving to be a natural leader, but will he ever learn when to let go of the past and look toward the future? 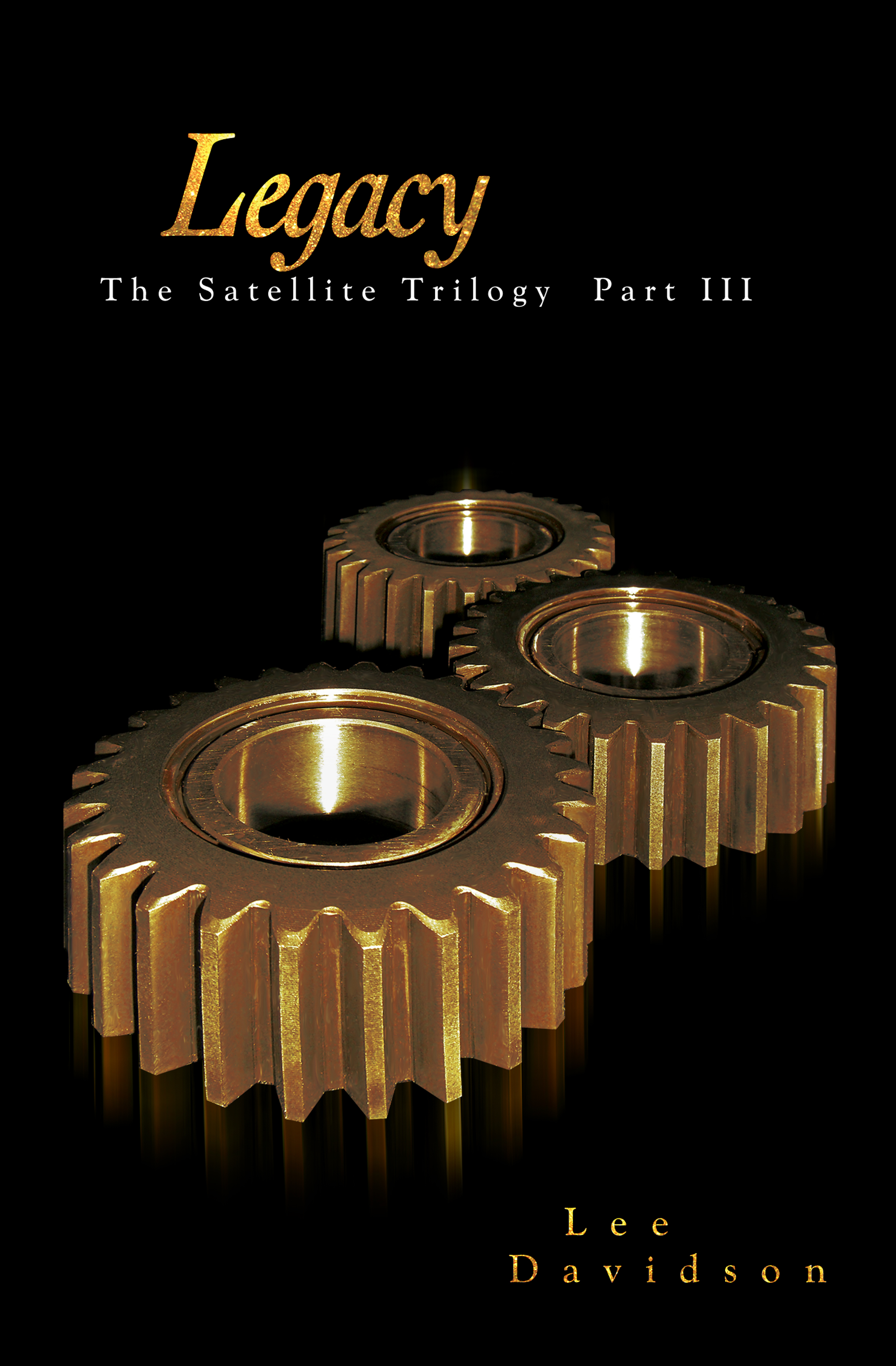 Since his death, Grant has reluctantly accepted his new surroundings and excelled at his work. In Elite, inner strength and instinct propelled Grant to lead an empathy-driven crusade, defying the powers that be. Now Grant’s future is unclear, his present is uncomfortable, and his past is more than he believes it to be. With willful blind spots regarding his situation and his potential, will Grant ever figure out how to choose his battles or why he should listen to those who care about him?

Legacy, the anticipated final installment in The Satellite Trilogy, magically blends the past and the present to resolve the fate of one strong-willed guardian angel.

Jonathan Clement looks up from his desk at the sound of the squealing cart. “Good morning, Beaman.”

“Morning. Today's shaping up to be another busy one.” Beaman scans the lofty stacks of books on Jonathan’s desk. The pop of his knuckles is concealed by the crackling fire. “That's probably a good thing, now that the Elites have become Legacies.”

Beaman stretches his arms before shifting his attention to the purpose of his visit. Having done this hundreds of times before, transferring the books from Jonathan's sturdy mahogany desk to his rolling cart takes less than two minutes, even though the middle stack is well above five feet tall.

When Beaman's finished, he rubs his hands together like he's removing dirt from them and bends close to Jonathan. “There’ve been rumors circulating about a rebellion of sorts brewing.” He lowers his voice to a whisper. “People are saying Grant Bradley wants to go up against the Schedulers.”

Jonathan's focus stays on the open book as his feather pen waves through the air with each written word.

“Are the rumors true?” Beaman, asks when Jonathan doesn't reply.

The feather pen stops dancing and stills completely when placed in the black ink bottle. Jonathan entwines his fingers while his eyes move along the books lining the walls of the ceiling-less, octagonal room. “I do not comment on rumors, friend.” After offering Beaman an amiable smile, he says, “I'll see you tomorrow.”

Beaman nods in acceptance of the not-so-subtle cue to exit and pushes his cart out the door.

When the squealing wheels can no longer be heard, Jonathan whispers, “Time will tell,” to the empty room.