When a savage attack destroys all but two of the queen’s defending males, Kye finds himself slowly starving to death. After an unexpected ambush leaves him dying he turns to the human woman that saved him for more than just a temporary sanctuary, and it w 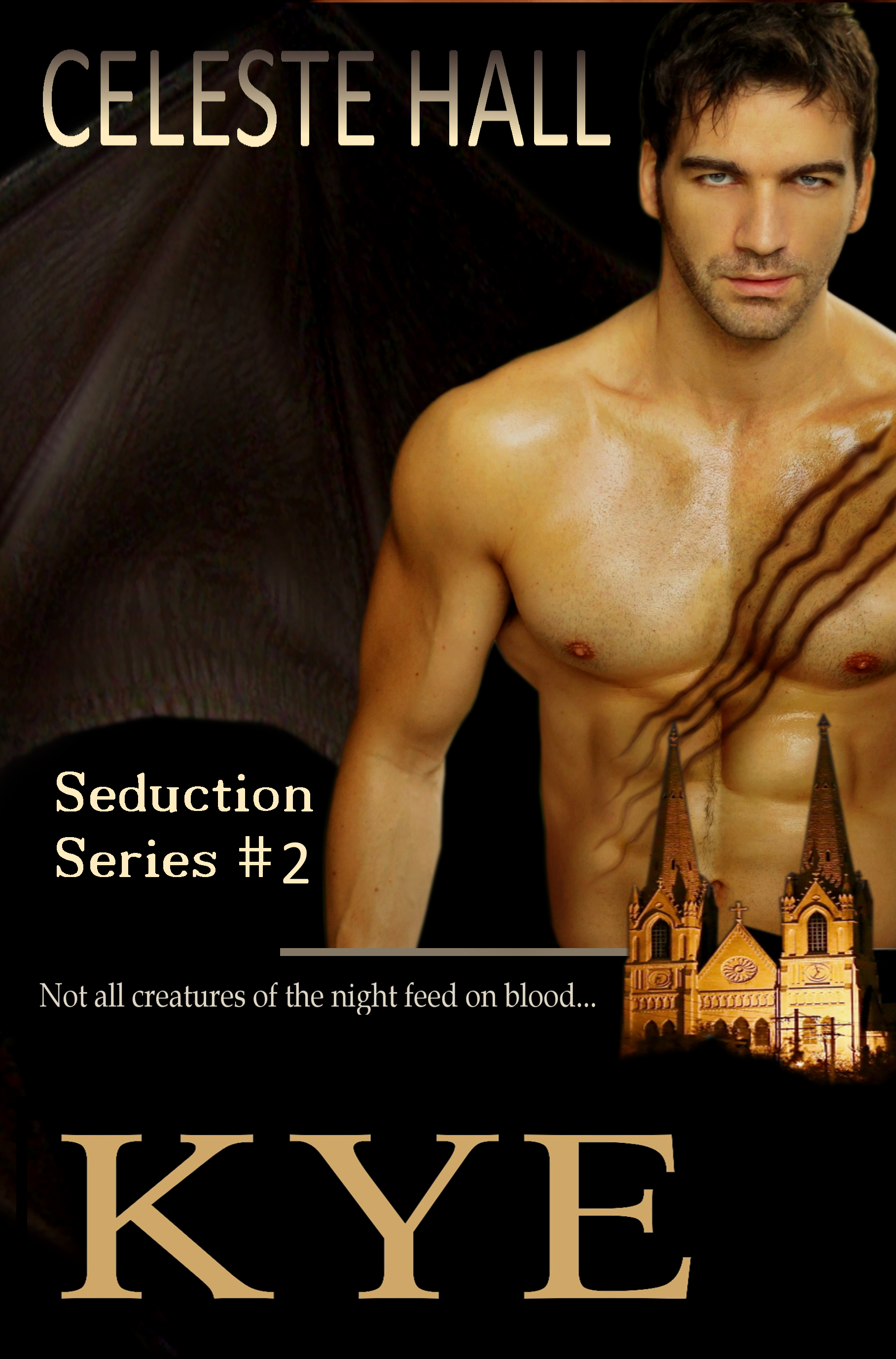 Kye is an incubus warrior, a powerful sexual demon. But he wears deep scars, proving that his kind are not the only monsters feeding upon humans each night. There are bloodthirsty creatures hunting down Kye's winged brothers and sisters, destroying them one by one, in an effort to eradicate his entire species.
The succubus queen ruling Kye's covey, now has only two bonded males to protect and keep her fed. It is a duty that usually requires half a dozen or more. Now Kye finds himself slowly starving to death. In his weakened condition, he is no match for the ambush which nearly costs his life and forces him to reveal himself to Jaime.
Jaime is a nurse who shares an apartment with two other girls, all blind to the supernatural war taking place in the shadows around them. When an enormous, naked man stumbles out of the darkness and commandeers her vehicle, her biggest concern is the amount of blood loss he's suffered. She wasn't prepared for such a deep and intense attraction. He inspires her to make choices she might otherwise have not. Choices which place Jaime, her roommates, and everyone around her, directly into the path of the killers hunting down Kye's covey.


“Shit,” she snarled, reaching forward to press a hand against the wounds in an instinctive attempt to stop the bleeding.
Her massive kidnapper bellowed in pain, and knocked her arm away. But as he did so he momentarily lost control of the speeding vehicle, skidding wildly across the street and into oncoming traffic.
“Slow down!” She yelled furiously. “The speed limit is only thirty-five.”
He jerked the Volkswagen back into their lane, but a second later his eyes rolled back into his head and he wavered in his seat.
“Keep your eyes on the road!” She yelped, grabbing for the steering wheel. “Or better yet, pull over and let me drive.”
Black eyes flashed open once more, but his face was pale and strained.
“I’m a nurse,” she told him gently. “I can help you.”
“Then help me.”
His voice was deep and raw with pain.
“We’re going to have to stop the car first.”
“No,” he moaned hoarsely. “If we stop, they’ll find us. We have to go somewhere busy, somewhere with a lot of people, where they won’t be able to single us out.”
Jaime frowned.
“What you need is a hospital.”
“No hospitals,” he panted, the words becoming slurred. “They can’t… help me.”
It took her a moment to realize he had slipped into unconsciousness once more, his foot sinking heavily onto the accelerator.