Just A Kiss Away by Jill Barnett

Southern belle on the run in the jungle with a mercenary soldier--adventure romance--humor. 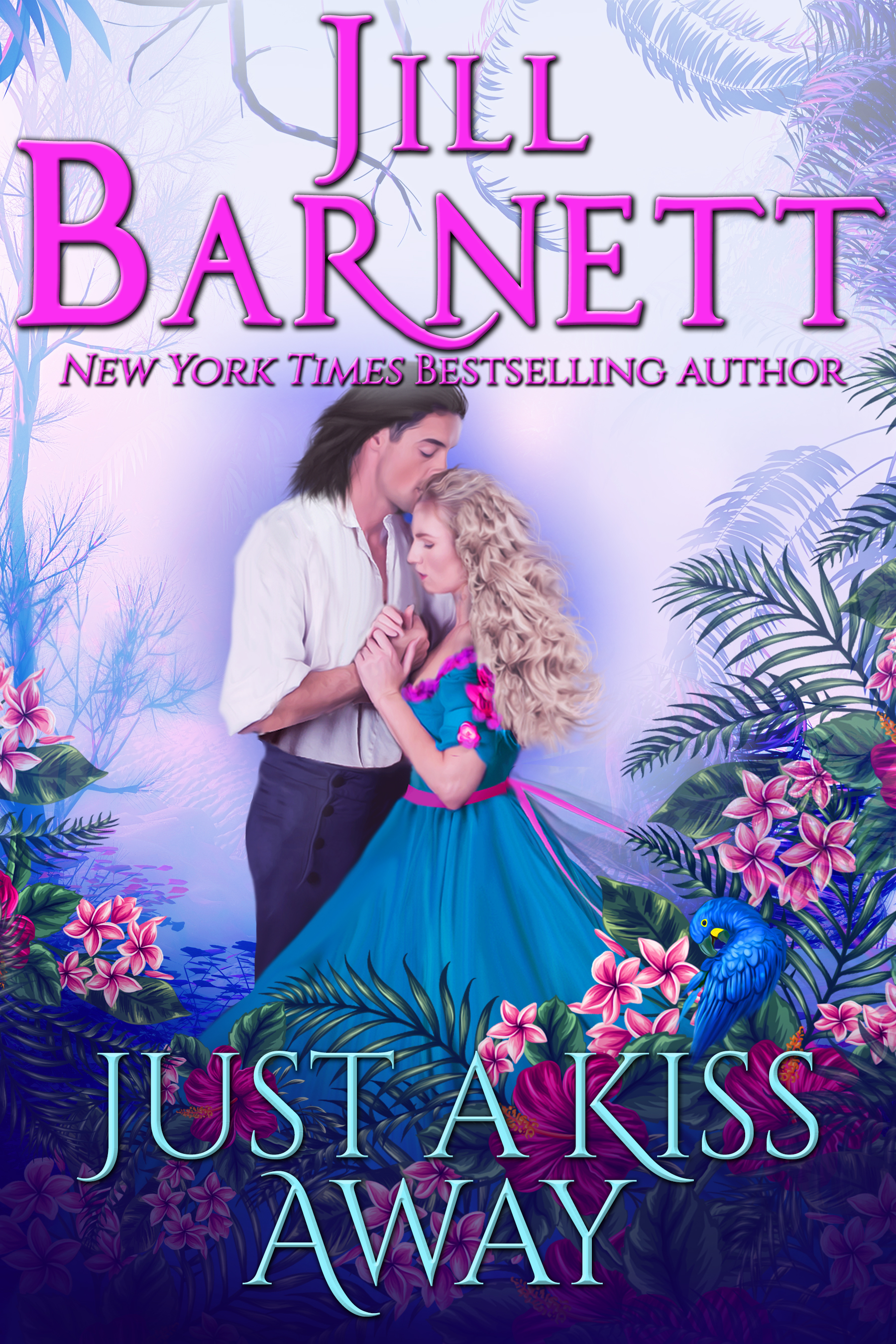 Arriving on a lush Pacific island, Eulalie Grace LaRue was soon to be reunited with the father she hadn't seen since childhood. Yet before Lollie's dreamed-of meeting could take place, the lovely Southern belle was caught in the crossfire of a violent revolution -- and thrown into the rugged arms of Sam Forester.

On the run in the jungle, the battle-scarred soldier of fortune didn't know what to do with the pampered blonde placed in his care. Survival was his top priority, but he could not resist Lollie's seductive charm...or deny the growing attraction between them. Though Sam thrived on chance and risk, falling in love was the one chance he wasn't willing to take.

Powerless against the desire that consumed them both, they fought their attraction as they battled their way through the wild jungle, determined to prove that in the steamy heat of paradise two hearts would find the love of a lifetime....

The machete just missed his head.

And Sam Forester needed his mercenary head, preferably still attached to his body. He spun around. A guerrilla soldier stood a foot away with the long curved knife held high, ready to strike again. Sam punched him. A familiar crunch rang from his callused knuckles to his wrist. He shook the soreness from his hand and stared down at the soldier. The man wouldn’t get up soon.

Sam picked up the machete and a moment later whacked a path of escape through the dense jungle bamboo. Where the growth allowed, he ran. Damp, pointed leaves of oleander scratched his face. Cut bamboo crunched under his feet. Wet, furry vines slapped at his shoulders and head. He raised the machete and sliced through a low, smothering ceiling of jade vine. All the while he could hear the others chasing him.