Journey To The Next Level by KUNAL NARAYAN UNIYAL 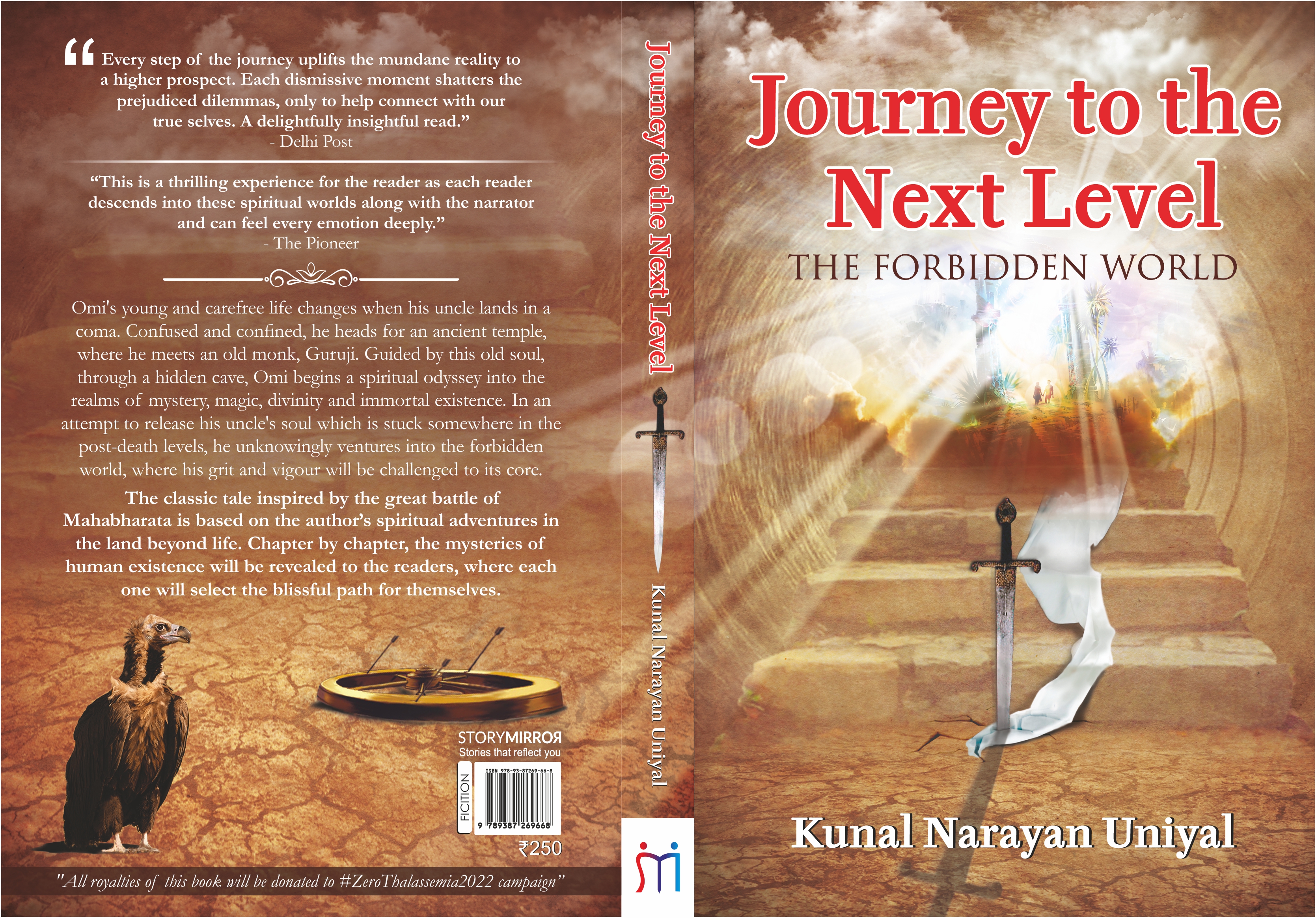 Omi, a seasoned sailor takes on a journey of his life when he is approached for a help from the soul of a man in coma. Little did he knew that this help will turn out to be his greatest adventure so far. The journey which commences from an ancient cave leads him to different levels of immortal existence. He during his journey, meets his ancestors, his friends and foes, his real self, which finally paves way for him to reach to the land of immortals. It is here that he discovers the grieving souls, desperate to be freed and relieved from the cycle of Karma. However, he needs to be careful with time; the thin cord connecting the physical body to the vital self is getting thinner with each passing moment. He needs to act wisely but quickly. Will he be able to release the soul; will the soul be able to return back to the mortal world?
Inspired from the great battle of Mahabharata, Upanishads and Puranas, an epic journey is not only adventurous but enlightening as well. Based on authors true experiences, it will not only help one in understanding the real meaning of life but will also assist in experiencing life after death.


Journey to the next level is about a man who undertakes the task of rescuing the soul of a man in coma which is caught in the unknown levels of life after death. Not knowing how and where to go, he finally finds the guru who shows him the hidden path to the next levels; the path which connects the mortal world to the conscious realities of being. In his journey he passes through various astral, cosmic and mental levels of consciousness where he discovers secrets of existence and how the divine play effects each motion of our life and after. He not only faces barriers in form of lower vital and volte conscious forces in his journey but must fight his own ill traits if he must succeed in his task. However, he need to careful with time, as each passing moment is not only pulling the soul of the man from where it can never return but also will make it impossible for his own soul to return to his mortal body, if he stays longer than the time assigned to him. The novel which will open the secret avenues of various levels of consciousness, the hidden worlds of para cosmic realities and the struggle of petty human soul against the immortals.

Fiction novel of seventy-two thousand words, Journey to the next level is for all age group as it is not only filled with adventures of soul, mystic beings, secret paths and thrills which will take the readers on the edge of their seat but will also explain the secrets of spirituality in the simplest fashion. The philosophy of life after death is explored with the assistance of ancient scriptures and is based on personal experiences of the author in the level beyond. Although lot many books have been written on this subject and theme, there are very few who have woven the spiritual philosophy with the fictional thread. This gives a definite edge to the book as compared to the other books in same genre.