"It's a Wonderful Afterlife: Further Adventures in the Flipside" Volume Two by Richard Martini

The second volume of the book, third of the series investigating the afterlife. 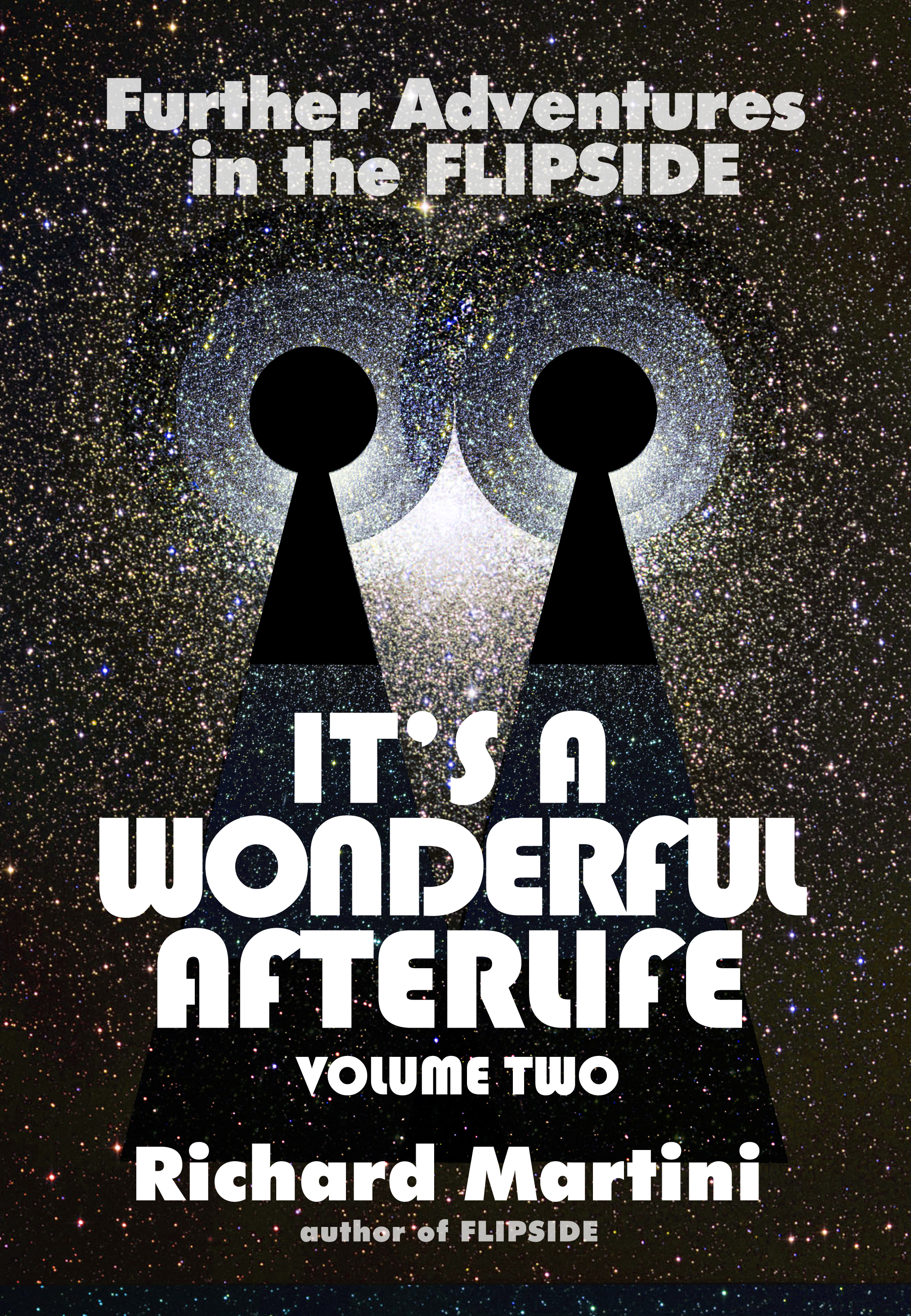 Author and Award Winning Filmmaker Richard Martini has written and/or directed 9 indie films. A former free lance journalist for Variety, Inc.Com, Premiere and other magazines, a graduate of the Masters of Professional Writing Program at USC this is his debut non-fiction book on a topic that's been haunting him since the death of a soul mate. After a dream vision of visiting his friend in the Great Beyond, Martini went on a literary quest to find out what the prevailing science and philosophical opinions on the Afterlife are. He journeys into Tibetan Philosophy, makes documentaries in Tibet and India, and eventually is introduced to the work of the Newton Institute, founded by renowned author and hypnotherapist Dr. Michael Newton ("Journey of Souls"). The book contains interviews with numerous hypnotherapists who talk about past life regression and life between life therapy where they help patients examine their immortal identity. He documents some rather startling hypnotherapy sessions including his own, which confirms for him the research that Dr. Newton has pioneered. Touching upon quantum physics, near death experiences, the history of hypnosis and clairvoyant experiences, Martini connects them together with evidence that argues consciousness appears to exist outside of our physical selves, and is connected to our higher spiritual selves in an eternal, yet evolving manner. He discovers that life after death is a return to the source of all things, to the source of our existence, where we gather up the courage and fortitude to make another journey back to Earth with our loved ones, to examine another life where we can learn deep spiritual lessons. "We choose our parents, and together with our loved ones, choose what life we'll lead, whether difficult or not." He takes the reader through this remarkable journey in a clear, concise manner, making the trip enjoyable and easy to comprehend. As one critic put it to him recently, "This book isn't just fantastic, it's profoundly fantastic."


This is volume two of "It's a Wonderful Afterlife."  It also went to #1 at Amazon.com (in all its genres in Kindle) after my appearance on "Coast to Coast" radio with George Noory on Dec. 12, 2014. There's a kindle version of all three books ("Flipside," "Its a Wonderful Afterlife" volume one) as well as paperback, and audible.  The book was just picked up for publication in India.  I've had numerous requests to translate this material in Europe.  I must caution the translator however, as this material is not for everyone.  It's about the afterlife, it's about death, and it's about what thousands say about the afterlife under deep hypnosis.  :What they say is consistent, and in the first two books I include scientists and transcripts of actual hypnosis sessions where people say the same things about the journey of everyone's soul - not only through life, but afterlife, and then in the process of returning again.  I also include in volume 2 a controversial chapter where a psychic medium claims to interview one of the most famous religious figures in history - I used this interview to examine what this person was saying not only about the afterlife, but also about their own journey during their lifetime, and how that information dovetailed with everything everyone else is saying about our journey here.  But it may offend some folks - and I only suggest that if you know someone familiar with scientific terms about quantum physics, about psychology, but also about spirituality - about Buddhist characters and further, what people say about consciousness - this book may or may not be something you'd like to tackle.  However, I have learned something really basic in this journey of mine - after all, I'm a journalist and a filmmaker and have been around the block a few times - it's that the people who are meant to find this material will find it.  And that's why I'm here offering this book, to see if the person who was meant to translate it finds it.  Thanks for the consideration.


I’m enjoying the beauty, suppleness, the curves, the feminine – I also feel a bit of peril to have so much freedom and not know what to do with it – the dance is interesting. I’ve been beautiful as a woman before but not at a time when I had such independence. Did you bring enough energy to this body? It’s the maximum; more would have become an imbalanced life, hyperactive, they would have called it mental illness. Can you tap into your energy in the spirit world from earth? Yes. How does this brain differ from the other bodies? Much faster. What’s your primary mission?  To show compassion without martyrdom. To demonstrate love  without giving everything up, without asceticism – like the Buddhist word “house holder” Are you living your life as planned? I’m on my way there. Are these goals different from other lives? It’s always been about love. As a warrior it was showing love by fighting for something. As a monk, as a mother, a hundred different things. This (life) is the most articulated, the most clear.  What are you doing before you leave the spirit world? I’m watching my mother, she’s anxious. I’m watching to see if she’ll hold up her end of the bargain to have me. I’m hoping she will, but it was understood she would have a choice. I’m watching, trying to root for her. Could you have stayed behind? I could have chosen a different body and family, but it was the less preferable life. What was your journey to rebirth like? Joyful but serious. Sums up my whole personality. Very joyful but kind of also knowing what I’m in for. Remember this loving world is always with you, as I count to ten you will return to consciousness… etc. Welcome back!