"It's a Wonderful Afterlife: Further Adventures in the Flipside" Volume One by Richard Martini

Flipside research into the afterlife expanded to include near death experiences and others. 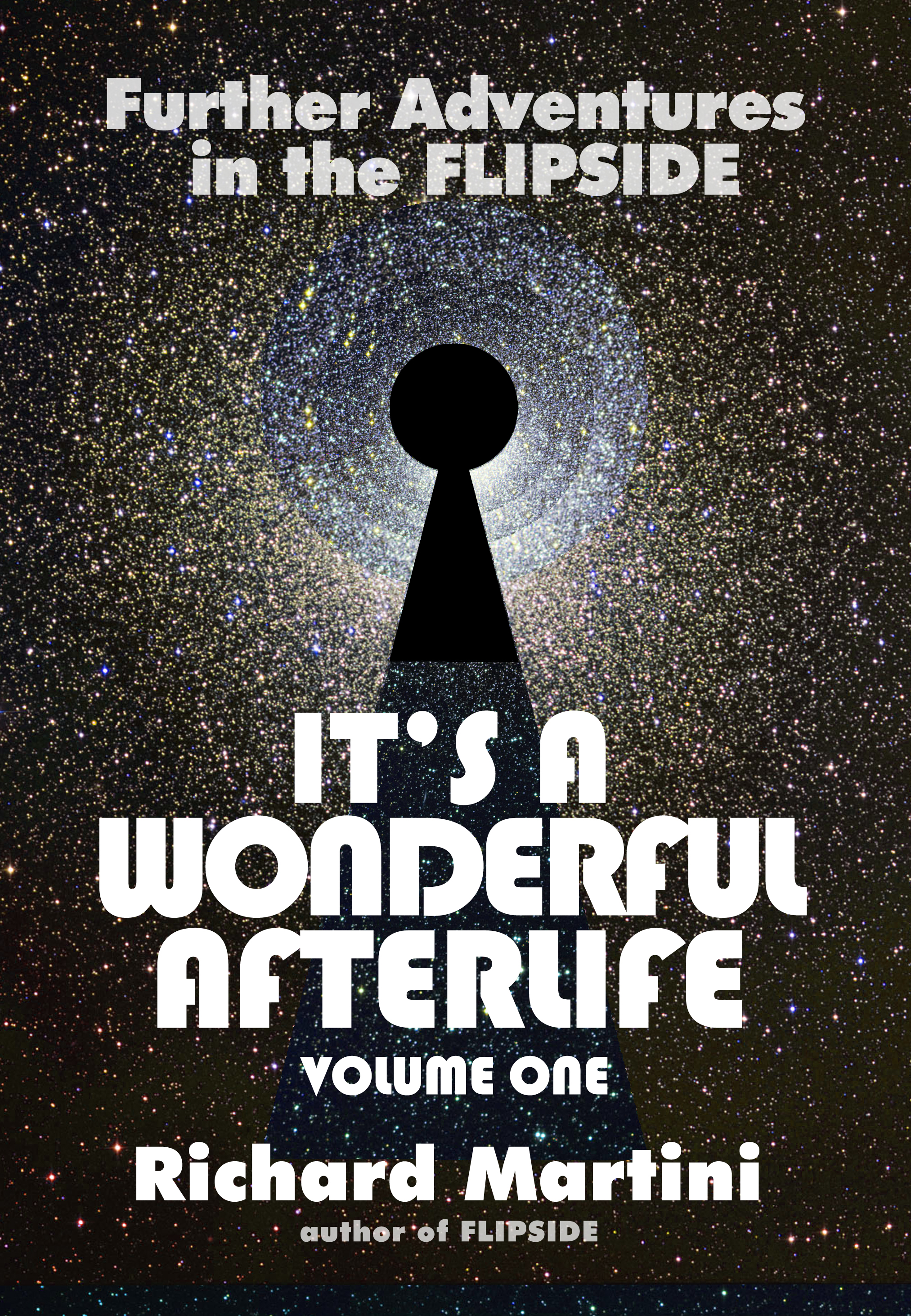 Best Selling Author of "Flipside" (#1 in its genre at Amazon twice!) "It's A Wonderful Afterlife: Further Adventures into the Flipside" takes a quantum leap forward into the afterlife, includes interviews with scientists discussing the source of consciousness, comparing near death experiences (NDE) with between life sessions (LBL), and includes interviews with people who claim to be speaking from the afterlife. There are a new between life sessions with astounding claims of contact with the afterlife, with experiencing God and understanding life's journey. Volume One includes a Foreword by Charles Grodin, interviews with scientists dealing with consciousness outside the brain; Mario Beauregard Neuroscientist ("Brain Wars") Dr. Bruce Greyson, the father of NDE research, the research of Dr. Helen Wambach along with that of Dr. Michael Newton ("Journey of Souls"). It includes interviews with near death experiencers David Bennett ("Voyage of Purpose"), Jeremy Kagan, Dr. Rajiv Parti and Jeffry Martini. Book interviews Newton trained hypnotherapist Scott De Tamble, compares accounts of Dr. Eben Alexander ("Proof of Heaven") and Colton Burpo ("Heaven is for Real.") The author explores his own unconventional journey to this research, and includes a between life session of his own. Interspersed throughout are transcripts of between life sessions with some very unusual folks who have clear memories not only of their previous lives, but of the between lives realm where they claim to have chosen their current lifetime. Extensively researched, breathtaking in scope, "It's a Wonderful Afterlife" takes the reader on a wild ride, across the yellow brick road, into the Great Beyond. Praise for "Flipside" "Richard has written a terrific book. Insightful, funny, provocative and deep; I highly recommend it!" Robert Thurman ("Why the Dalai Lama Matters") "Everyone should have a Richard Martini in their life." Charles Grodin ("Just When I Thought I'd Heard Everything!") "Inspiring, well written and entertaining. The kind of book where once you have read it, you will no longer be able to see the world in the same way again."Gary E. Schwartz PhD ("The Sacred Promise") “We viewed “Flipside” last night and were blown away about how good it is; the visuals were outstanding - the care taken in putting it all together really shows.”Michael Newton (“Journey of Souls”) (about the film version of “Flipside”)


"It's a Wonderful Afterlife: Further Adventures in the Flipside" Volume One went to #1 at Amazon.com in all its genres after my appearance on "Coast to Coast" on Dec 12, 2014. My public appearances always bring a spike to the sales of the books, as I talk about not only my journey to the material, but to the consistent reports that people under deep hypnosis and during near death experiences report about the afterlife. I've done my own audio versions of the books, as well as self published them, and I get emails from around the globe from people thanking me with helping them through grief.  So this genre is not for everyone, and I recommend considering the material before considering doing a translation.  All I can tell you is that it is mind altering, and perhaps take a look at some of my book talks on youtube under MartiniProds if you can get a chance, to get some background into how this research came about.  It touches upon a number of different areas, from science (interviews with scientists, neuroscientists) to actual transcripts from people under deep hypnosis, to interviews with people who have never been hypnotized, didn't think they could be, and yet speak clearly and consciously from the perspective of being on the other side of the veil, so to speak.  There are three books and all, but "It's a Wonderful Afterlife" volumes one and two kind of go together, so there's quite a bit of material here.  A daunting task to say the least!  But at the end of the day, this is the kind of material that is life changing for those who read it, and perhaps for those translating it as well.  Thanks for your consideration.


In “Irreducible Mind” you argue consciousness exists outside a functioning brain. Greyson: There are 4 lines of evidence: 1. recovery of consciousness for people who’ve been unconscious for long periods, moments or days before death. #2. Complex consciousness in people with minimal brain tissue. #3 Complex consciousness in NDErs when the brain is  functioning at a diminished level. #4 Children who recall details of a past life. The 1st challenging phenomenon is the deathbed recovery of patients whose mental functions had long been lost.  This has been reported in medical literature over the past 250 years but has received little attention. There are cases published of people suffering from tumors, strokes, meningitis, Alzheimer’s, other dementias, Schizophrenia and mood disorders; all of whom had long ago lost the ability to think or communicate. In many of these patients, there was evidence from brain scans or autopsies that their brains had deteriorated, yet in all these cases, mental clarity returned in the last minutes, hours or days before the patient’s death.  What about your research into NDEs? Some of the best evidence of the consciousness functioning independently of the brain comes from near death experiences. These are profound experiences from people clinically dead and are revived with memories of what they experienced. They report exceptional mental clarity, vivid sensory imagery, a clear memory of their experience, and an experience more real than their everyday life. What are the common features? Changes in thinking, emotional state, paranormal and other worldly features; a sense of time being altered, stopped or ceasing to exist during the NDE. A sense of revelation where everything becomes crystal clear. A person’s thoughts become faster than usual; there's a life review or panoramic memory where their entire life flashes before them.