Following an abusive relationship, Paisley Violette returns to the Canadian wilderness retreat where she was once had a menage e trois relationship with two men. 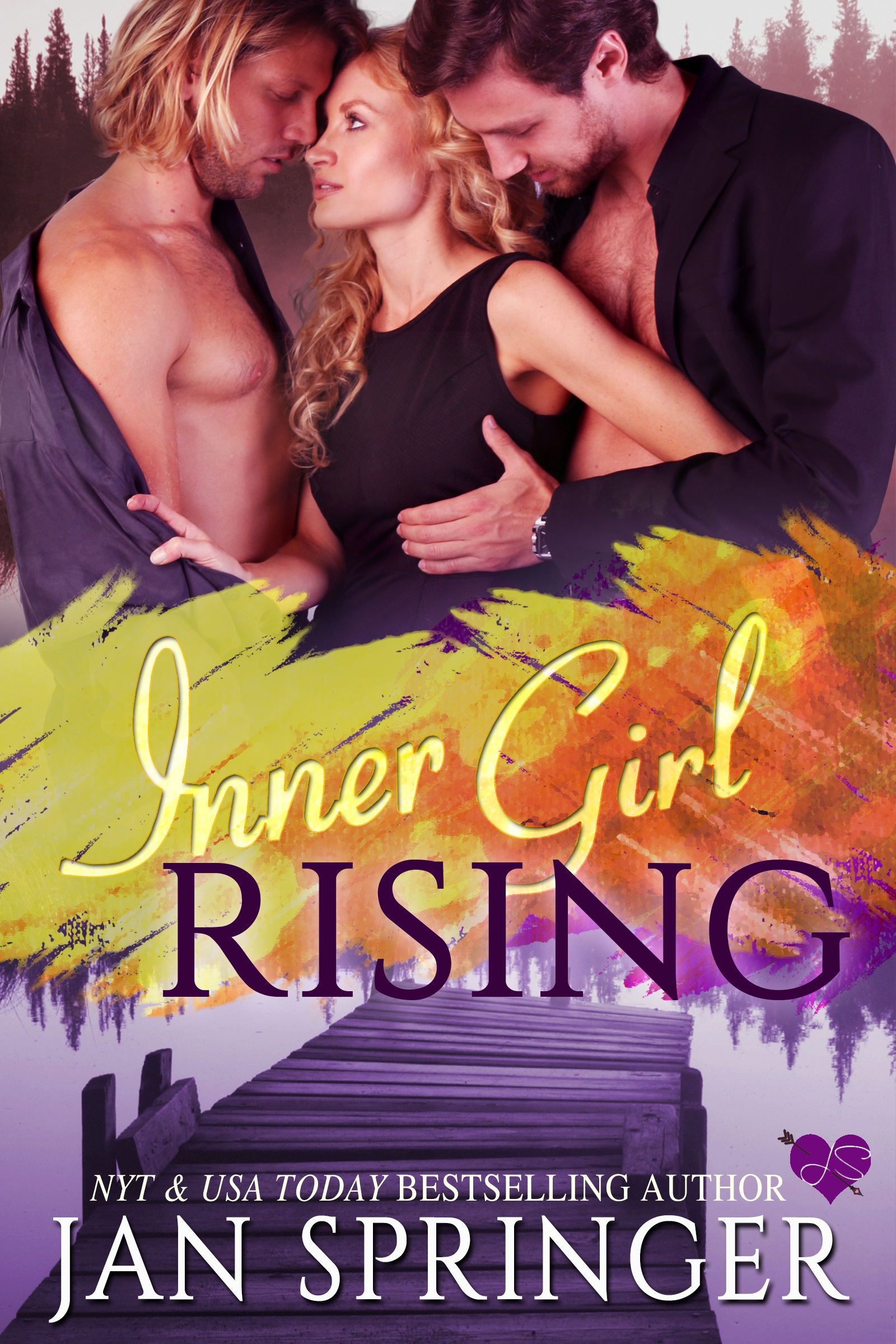 Fresh out of an abusive relationship, thirty-five year old Paisley Violette has returned to the secluded Canadian tourist retreat where she was once a famous artist. Getting back in touch with her inner girl spirit is Paisley’s main focus as well as remodeling an old building she’s just purchased. But when she unexpectedly runs into her two ex-flames, they re-kindle her naughty ménage cravings and re-ignite her love for them. But before she can let herself fall fully in love, she must relearn how to risk her heart and trust her body all over again.

Andrew Greg hasn’t seen his first love since she took off with another man over ten years ago. Now she’s back in his life, blazing his protective instincts and lashing his desires. This time he’s not going to let the one who got away, get away.

Adam Cowie always wondered what happened to the gorgeous free-spirited young woman he and his best friend, Andrew, had been with in a ménage relationship. With Paisley back in his life, he knows he shouldn't allow her to deny that their attraction is burning hotter than ever.


Inner Girl Rising has steady and good sales at the combined etailers.


Suddenly she was in the most complete and peaceful silence she’d experienced since she could remember. The quiet was short-lived as she became aware of the waves lapping against the nearby rocky shore. Wind whispered through the pine boughs and then came a loud knock-knock of a woodpecker beating it’s beak on a nearby tree.

Early morning sunshine streamed down on her and it was as if she was immersed in heaven. Absolute heaven.

Paisley smiled at her suitcases in the trunk of the car. Her cases could wait. She’d grab them later. Right now she wanted breakfast and then she’d go explore her surroundings. If she was lucky, by the time she got back, the key for the Art House would have arrived from the real estate agent.

Quietly, she closed the trunk and then turned around.

Two familiar men stood in the parking lot. They stared at her, their mouths open with what she perceived as shock and surprise.

A fevered, untamed excitement sizzled through Paisley as she immediately recognized the tall dark brown-haired man with the melt-her-knees green eyes and sexy five-o’clock shadow and the blond-haired man with boyish looks and piercing sky blue eyes.

Her old lovers. Andrew and Adam.

Suddenly everything appeared in slow motion as they walked toward her. Both men hadn’t changed and yet they had. There were wrinkles at the edges of their eyes were there hadn’t been any before. They’d both filled out into older men’s bodies; their shoulders were wider and their chests broader.

In seconds she became embraced in a bear hug by both of them. Her feet left the ground as she was lifted into the air.