In Their Power by C J Edwards 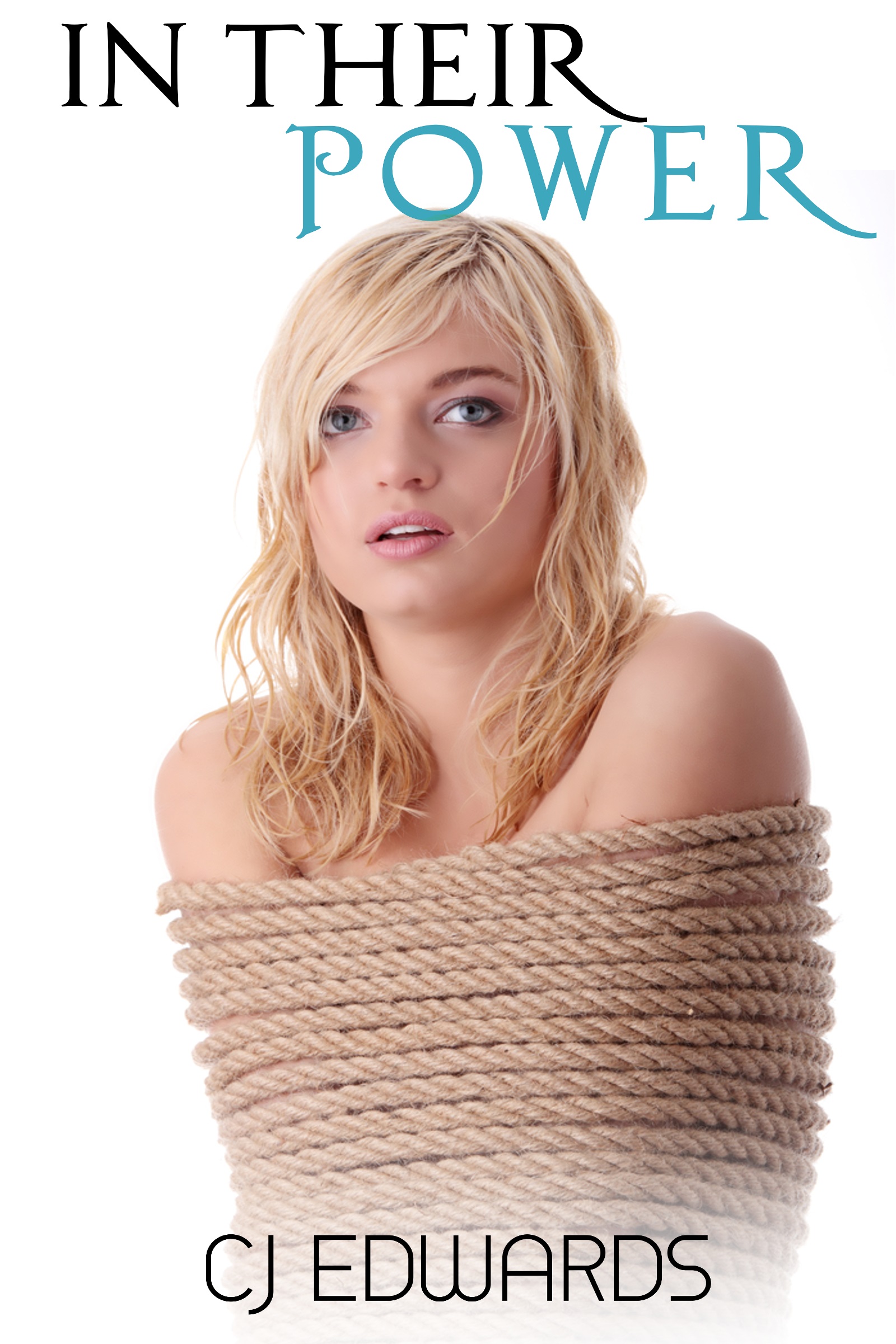 Paying The Rent - Steve hated this part of being a landlord - chasing tenants who refused to pay their rent. Collaring Eric wasn't too difficult, he was a creature of habit and not too bright. As they sat together in the lounge of the flat, Steve and Eric were interrupted by Eric's new girlfriend, a gorgeous blonde student called Lisa. Eric now had the means to pay his rent - Lisa!

Signing The Contract - Lisa had already been taken advantage of by her landlords. Her boyfriend was months behind in rent and the landlords had offered her a deal to prevent them being evicted. That deal was her. She was now back to sign a contract that made her lovely nineteen year old body available to Mr and Mrs Marshall whenever they desired it. Which would be often!

Party Favour - Within a week, Lisa had gone from shy student with experience only of her nerdy boyfriend to cock and pussy-hungry nympho. All thanks to the depraved attentions of her landlord and landlady who have taken her under their wing in exchange for not evicting her and boyfriend Eric when the rent wasn't paid. Lisa is now required to serve at a wife swap party. She'll be pouring more than the drinks.

Shush,” said Steve impatiently. “There’s a first time for everything and trust me, you’ll be grateful this first time is with me! Besides, you look so sweet and innocent I just have to take your virginity and this is the only one left.”

By time she had two fingers in her, Lisa actually felt pretty good. The initial stretching feeling had passed and her head felt woolly as she focused on the fingers sawing in and out of her dirty little hole. When the fingers were withdrawn, she suddenly felt empty until she felt the unmistakable feeling of the landlord’s big mushroom shaped cock pushing against her. As he pushed harder and harder, Lisa felt the pressure building up in her anus until it was almost unbearable and then suddenly, her sphincter gave way and he was in and she felt a sharp pain that shot right through her body. Once he was properly in though, it didn’t feel too bad and as he began to stroke inside her, she felt the familiar feelings of passion building.


Published in English for 4 years and a total of more than 1500 copies sold.  One of over 350 successful erotica books published.


The two youngsters started to speak at once, making hollow promises and excuses until Steve stopped them dead. “Right, the two of you need to think about things and have a talk amongst yourselves. This is what we’ll do. Tomorrow night, you can come to dinner with my wife and I and we’ll come up with a way forward that suits us all and stops you getting thrown out on to the street. How does that sound?”

Lisa and Eric both nodded enthusiastically.

“Good,” continued Steve, passing Lisa a card. “This is our address. Eight o’clock and don’t be late.” He stood up and made for the door. “Oh and dress appropriately,” he added, looking Lisa up and down. “That means a dress, Lisa.”

As the door closed behind their landlord, Lisa and Eric looked at each other. “What do you think?” asked Lisa.

“I think he wants to get your knickers off,” snarled the hairy young man.

“No doubt about that,” said Lisa. “There’s no harm in letting the dirty old perv think he’s in with a chance if it gives us some slack on the rent though. You watch me flirt with him tomorrow and wind his old woman up.”