Hypatia of Alexandria by Laurel A. Rockefeller 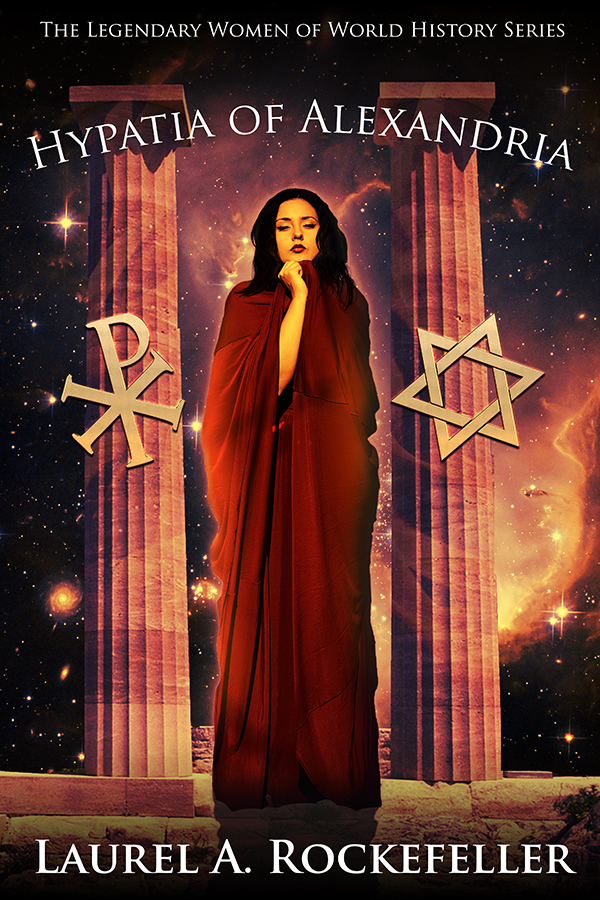 As the western world fell into darkness, she dared defend the light.

Born in 355 CE in the aftermath of Constantine's reign, Hypatia of Alexandria lived in a collapsing Roman Empire, a world where obedience to religious authorities trumped science, where reason and logic threatened the new world order. It was a world on the edge of the Dark Ages, a world deciding the question of science verses religion, freedom verses orthodoxy, tolerance verses hate.

For over 40 years Hypatia stood between the dark ages and the light of classical philosophy, arts, and sciences. Though none of her books survived the aggressive book burnings of religious zealots, her legacy remains that of one of the greatest scientists of all time.

This is her fascinating true story.

Includes bibliography, a detailed timeline, and latitude-longitude coordinates for major Roman Empire cities so you can explore the wonders of the heavens with Hypatia.


New release with an average of 4.5 stars on Amazon.


Theon lowered his cross staff and handed it to Hypatia, “That star is called Alpha Ursae Majoris.  It’s part of a constellation called Ursa Major –the big bear. Callisto was a beautiful nymph sworn to Artemis. One day, Zeus fell in love with her and she conceived a son.  Hera of course was very angry that her husband had cheated on her again and turned her into a bear.  One day her son, a young man named Arcas, met her in the forest.  Naturally he was afraid that she would kill him—as bears often do when humans get too close.  So, Zeus intervened and put them both in the sky.  The mother is the great bear Ursa Major and the son is the little bear Ursa Minor. Callisto’s body is formed by many stars, Alpha Ursae Majoris being the closest to Arcas’ tail. If you will look here, the tip of that tail is the current pole star, Polaris.”

“Because Polaris is not always the pole star.  Sometimes it is Alpha Lyrae.  About six hundred years ago, Hipparchus of Nicaea discovered, almost by accident, that the spin of the Earth is imperfect.  Like a top, it wobbles so that the pole star alternates between Polaris and Alpha Lyrae. It takes a very long time, of course. The wobble is very slight – about one degree every seventy-two years. So as far as we need to be concerned Polaris is the pole star—and will continue to be for a very long time.”

“So, if I want to find north, all I need to do is look for Alpha Ursae Majoris and I will quickly find Polaris?”