This book explains about the Holographic Universe, including its structure, etc. 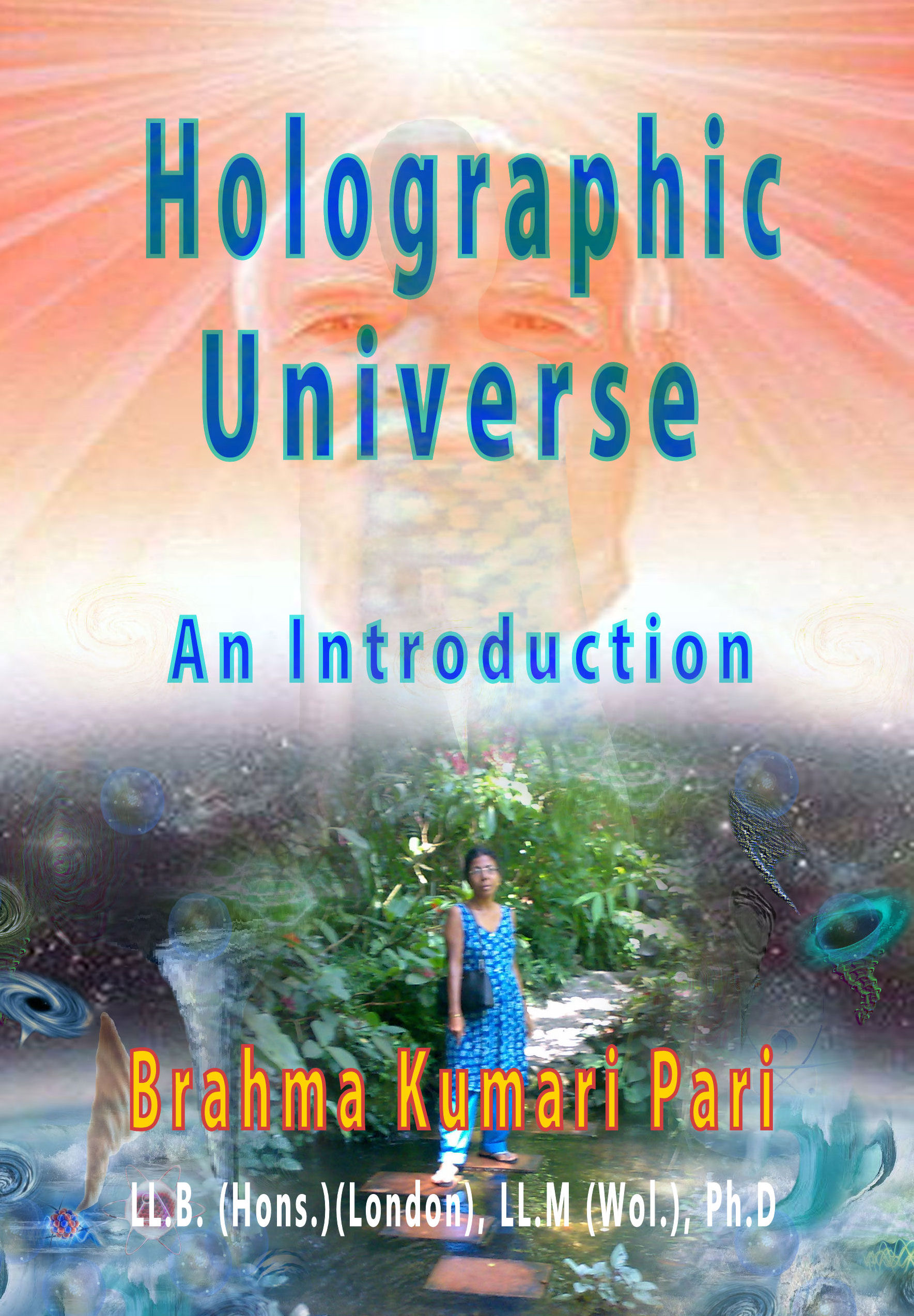 In this book, the explanations on the Holographic Universe are based on:
1. the guidance from God,
2. the knowledge of the Brahma Kumaris,
3. Quantum Mechanics (nothing in this book is contrary to quantum mechanics),
4. research,
5. experiences of the author,
6. the knowledge on the chakras and aura,
7. the ancient Hindu texts, etc.

There are explanations, in this e-book, about:

1. the various divisions and nature of the Holographic Universe.

2. how everything happens as per the World Drama (Akashic Records).

3. how people live in two kinds of worlds, the Real World and the Holographic World, at the same time.

4. the Holographic Film of the Hologram which we are participating in.

5. how various kinds of worlds exist.

6. how the quantum energies materialise the physical bodies and physical world through the Holographic Universe.

7. how the creation process takes place through the vortices and chakras.

10. how subtle dimensions, holographic bodies and subtle bodies are created.

11. how the aura is used during experiences.

12. how quantum energies of different densities materialise a different kind of Real World for us to live in.

13. how the Holographic Universe changes when the world transforms.

14. the meditation and knowledge of the Brahma Kumaris.

There are more than 15 eBooks sold every month through Amazon, sometimes even more. I will have to do a long calculation to see how many eBooks there have already been sold at amazon.

At Createspace, 51 printed books were sold.

2. Subtle World of Light, and

The Quantum World is filled with quantum energies and has many quantum dimensions. The Subtle World of Light (hereafter referred to as the ‘SWL’) consists of the:

1. Light energies of all quantum energies (which they have instead of having a soul). I have referred to these light energies as the Quantum Energies’ Light (QE Light) in Chapter 8 of this book.

2. Light energy forms of Nature (which they have instead of having a soul). The QE Light energies provide these for them. In God’s messages, and therefore in the Brahma Kumaris’, it has been said that Nature does not have a ‘soul’. It has been said that they only have ‘light’ instead. So this ‘light’, which I have referred to as ‘QE Light’, is not a soul.

3. All human souls who are in the Corporeal World.

5. Pure subtle dimensions/environments which the human souls use in the SWL.

The 2D Subtle World Drama (hereafter referred to as the ‘2D SWD’) has a brief record of everything that will happen to us, in all our lives on earth.