A short story about a Marine sniper on a mission. 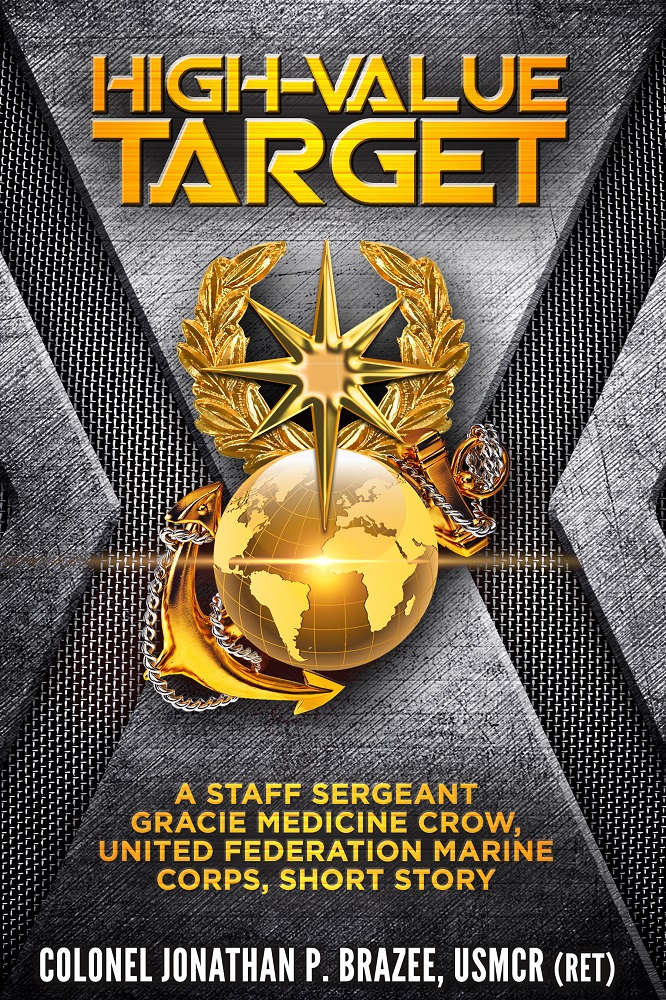 Staff Sergeant Gracie Medicine Crow, United Federation Marine Corps, is training snipers in the Galeland militia when Intel discovers a High-Value Target is scheduled for a clandestine meeting in the planet’s badlands. Pulled from training, Gracie is given the mission: take out the HVT--permanently.

High-Value Target is a short story about Gracie, the protagonist of Sniper, Volume 2 of the Women of the United Federation Marines.


This is a short story with the same protagonist as in the book "Sniper,"  which made it to #540 in Amazon's bestseller list.  This short was the #1 short and made it to #850 or so over all.


Staff Sergeant Gracie Medicine Crow knew the centipede was trouble.  She had seen the brown, 12-centimeter-long creature crawl up, antennae questing in the air for whatever centipedes sought.  “Animals won’t attack a human for no reason,” her mother used to say, back at along the Greasy Grass Creek in Montana.  This centipede had obviously never heard that bit of tribal lore, because it crept up to her, stopping just half a meter from her face, before disappearing down her right side and out of view.  Gracie had waited impatiently, knowing what would happen next.

Sure enough, a few moments later, a searing lance of fire struck her right thigh.  Evidently, her bones (the armor inserts that provided protection by instantly hardening when struck by a projectile) didn’t consider a centipede’s massive pinchers noteworthy.

Who the hell introduces centipedes onto a planet? she fumed as she tried to keep still.  Do they really fill some vital ecological niche?

Gracie had been in her hide for over 22 standard hours.  That was only after a three-day insert and a fifteen-hour stalk to get into position, so she was not in the best of moods.  Having a centipede take a chunk out of her thigh hadn’t improve that any.