A Romance from the Heart of Hell

A sexy but psychotic carny pushes an unstable young man over the edge. 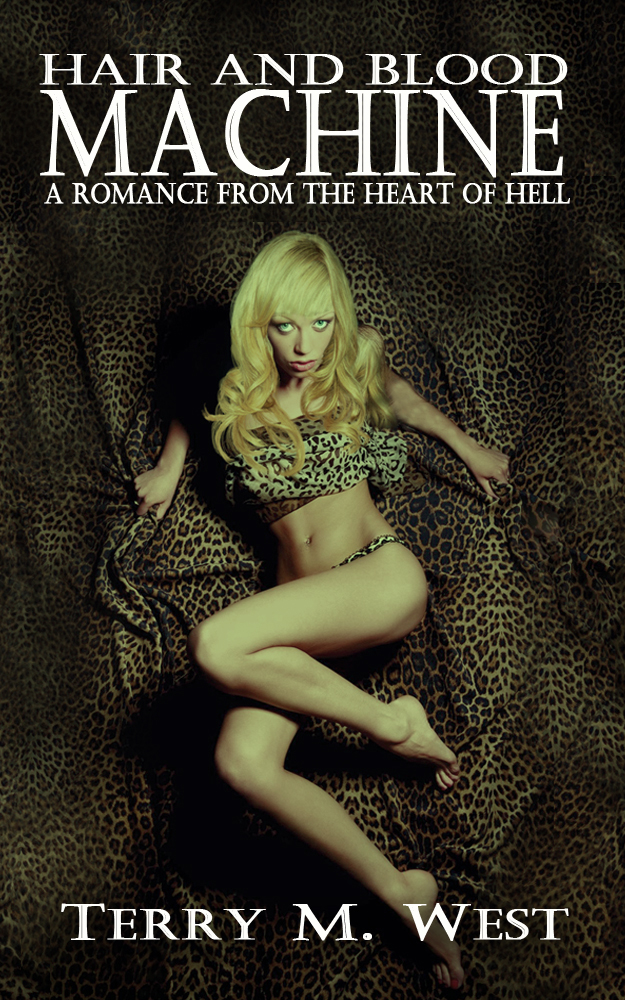 "Dark, sadistic, twisted, demented, disturbing, and with an ending that holds no punches. This my friends is a horror masterpiece..." -Joey's Horror Corner "So it's a love story then? Well if you regard love as dark, twisted and violently vengeful then this is the sort of romance that will appeal to you – it certainly appealed to me."-Stuart Anderson, UK Horrorscene

HAIR AND BLOOD MACHINE is a noir, pulp thriller. It is a romance from the heart of hell. Johnny Brendan is a small town youth recovering from the loss of his parents. After suffering a psychotic breakdown, Johnny tries to rebuild his life and sanity. He goes to a carnival where he meets Cleadosia, The Gorilla Girl. Clea is a beautiful but hard and cold carnie with her own secrets. Clea sees the dark potential in Johnny, and she helps him unleash his violent inner demons on the town.


Hair and Blood Machine is one of my most popular tales. It has been included in my collections A Psycho's Medley (2012, out of print) and is currenty included in GRUESOME, my fiction omnibus that has been read by thoussand of people. As a standalone tale, it has been offered as a special edition paperback for a few years.


“We need the audience remain silent now, as we send Cleadosia back. Back in time. Go back, Cleadosia. Back...”

Johnny noticed the woman. Her eyes closed and she writhed in the archway. Her brow wrinkled and her head thrashed, back and forth.

...he pictured her this way under his siege... her body shuddering and head thrashing as he slammed himself into her like a beast...

“Go back in time, Cleadosia. Back even further,” the electronic barker urged. A red strobe light began to flicker in the archway.

The woman began to quake like an epileptic, her eyes rolling back into her head.

“Come forth, beast. Come forth into modern time.”

It was a parlor trick. It required either mirrors or a video screen or a revolving door. But it looked to Johnny as if Cleadosia disappeared, giving her reality to a dark, hulking form.

“We now urge the audience to remain silent and not make any sudden moves as we awaken Cleadosia. This cage is made from reinforced steel, so no one is in any danger. We repeat. The beast can not escape this cage. Arise, Cleadosia. Arise.”

The figure in the archway began to move about. It lumbered to the front of the stage. It was someone dressed in an unrealistic gorilla costume. The audience scoffed, in disappointment and relief. The gorilla grabbed the bars of its cage. It bucked on them, as if agitated by the crowd’s response. Gorilla shrieks were piped in over the sound system. Johnny began to regard the scene with an overwhelming feeling of disillusionment himself. The gorilla raged, pounding on the door to its prison.