One knight, one hostage...they must fight for their very survival 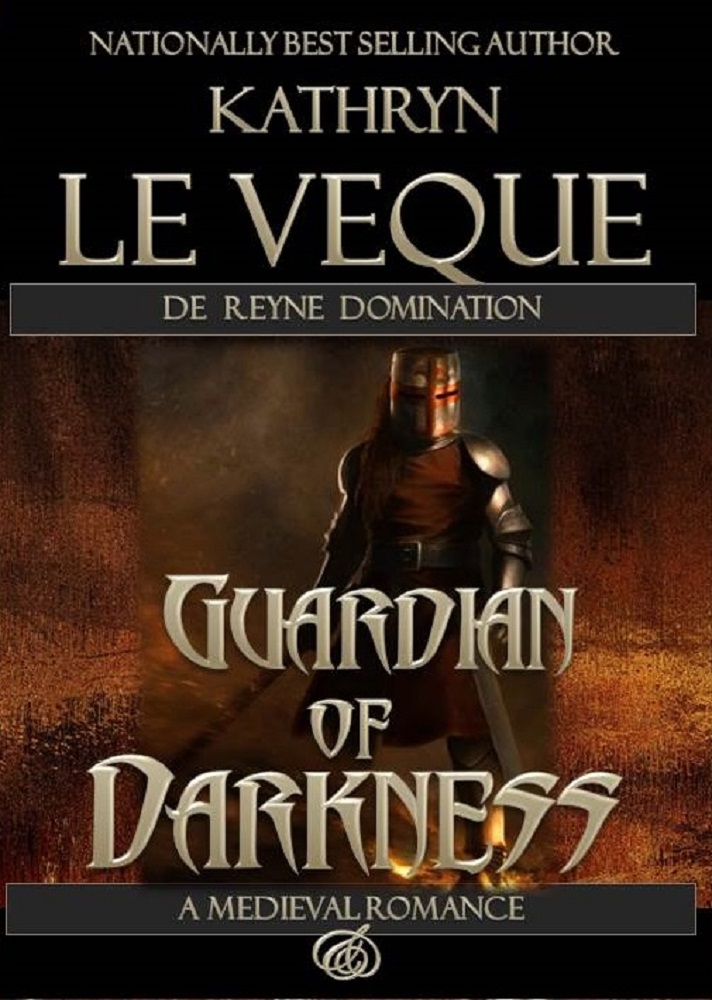 1200 A.D. - After decades of warring between the Lairds of Kerr and Prudhoe Castle in Northumbria, a tentative peace is reached. The Lady Carington Kerr is sent to Prudhoe as a hostage to ensure her father’s good behavior, and a more reluctant hostage there never was.

Small and dark, with emerald eyes and a luscious figure, she is as gorgeous as she is fiery. Enter Sir Creed de Reyne; a gentle giant of a man, he is, by nature, calm and wise. He is the ice to Carington’s fire. As Carington resists the attempts to keep her in her English prison, Creed is placed in charge of the captive as both jailer and protector.

But Creed is also as reluctant a protector as she is a hostage; six months prior, he had been given the important assignment of escorting Isabella of Angoulệme from France to England as the bride of King John. Isabella, a woman-child of twelve years, was smitten with Creed from the start. When he spurned her advances, she fabricated a story of Creed’s indiscretions against her and brought the king’s wrath upon him. Creed fled to Prudhoe and straight into another assignment guarding a firebrand of a young woman.

Creed soon discovers that Carington is far different from the petty child who would become queen and against both his judgment and his wishes, he falls for the Scots lass. Suffering through tragedy and triumph, Creed and Carington have a love that only strengthens with each passing moment. Even when Creed is forced to flee for his life and leave Carington behind, their only thoughts are of being together again.

With Isabella and King John closing in, Creed and Carington must fight for their very survival as two countries and a kingdom seek to separate them.


Guardian of Darkness was an Amazon number one new release in Medieval Romance. Its current rankings as of 10/05/15 are as follows:

Guardian of Darkness has an average 4.5 amazon star rating out of 5.0 with almost 100 reviews.


The knight walked into a trap.

The blow landed on his forehead, sending him to the ground. The torch butt was tossed aside as the attacker ejected herself from the tent. From the moment she struck the man who was coming to see to her comfort, she knew that there was no turning back. She had decided on this course of action earlier in the evening when panic and despair were bedfellows in her fragile mind. She wanted no part of this insane agreement her father called a peace accord. She would not be a hostage for the sake of harmony. She wanted to go home.

Unfortunately, she had not thought beyond the initial escape attempt. Thoughts of collecting her horse were quickly dashed when she realized that she would not have the chance. It did not occur to her, given that her tent was in the middle of the Sassenach encampment, that anyone would notice she was missing. She rather hoped she would have the same consistency of a ghost. Unfortunately, she was not difficult to miss; a tiny woman with long hair the color of a raven’s wing. In a camp full of soldiers, it had been idiotic to imagine that she would not stand out. The moment she fled from the tent, someone saw her and, of course, the game was afoot.

Alarms went out all over the camp. The sentries sounded the cry in the damp, heavy night air; she could hear them. Her heart began to race as she pounded her way across the wet grass that had been mashed by the contingent of soldiers sent from Prudhoe Castle. She would not cooperate with their assignment. She did not want to live in an English castle as a hostage, insurance that her father would behave himself and enforce the peace from Carter Bar to Yetholm.

She honestly thought she could outrun anyone who might attempt to chase her down, at least until she lost herself in the trees. She had always been a fast runner.