This book informs and explains how you can become rich, financially and/or spiritually, and get whatever you desire while walking into the Golden Age. 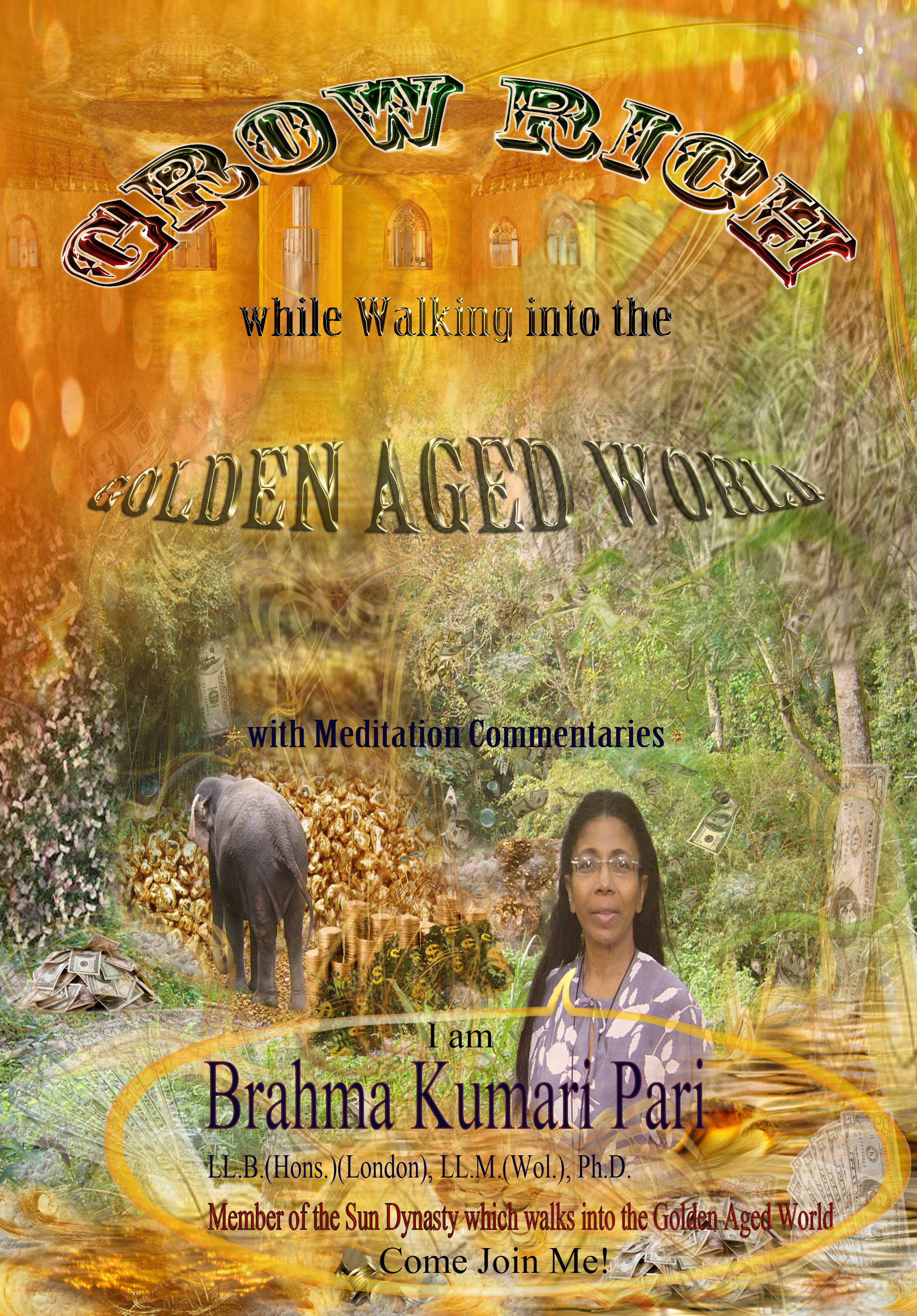 1. about the magical abilities (siddhis) and specialities which are developed as you walk into the Golden Aged world.

2. why/how the Law of Attraction works to bring you wealth, happiness, poverty or misery.

3. why and how visualisations can get materialised.

4. why being close to the higher dimension, where the Akashic Records exist, will help you to easily realize your dreams.

5. how you can easily play the role of the creator (Brahma) from Brahmaloka in order to achieve what you want.

6. how when you are in the world of Brahma, Ether plays the role of Brahma and creates what you want.

7. how as you use the energies deeper within the soul, you are the god self or Brahma and so will be able to fulfill your wishes and needs.

8. how stuff are materialised through frequencies, resonance, frequencies for abundance etc.

9. about the role of the Sun Dynasty and Moon Dynasty during ancient times and now for the current walking into the Golden Aged world process.

10. about reacquiring wealth, prosperity and magical abilities through the afterlife.

11. how the quantum energies, World Drama, Nature, etc. serve the people who are walking into the Golden Aged world and who are in the Golden Age.

12. how the new perfect bodies are created for those walking into the Golden Aged world.

13. how the earth and world is uplifted into the Higher Universe during the walking into the Golden Aged world process.

14. how and why it is easier to get what you want when you use the higher lokas/dimensions/worlds.

15. about the different universes and worlds/lokas which can provide our environment.

16. why some people were able to see sea monsters such as the Loch Ness monster and Champ.

17. that the Garbhodaka Ocean is the dark Quantum World

18. how the earth sinks, and gets lifted out, of the dark Garbhodaka Ocean.

19. why our universe is expanding.

22. on whether the earth is flat or round.

23. about the ancient Hindu Bhumandala model.

25. the Introduction to the Brahma Kumaris’ Seven Days Course for the walking into the Golden Aged world process, i.e. about the soul, God, Three Worlds, Cycle of Time, Swastika, World Drama, World Tree (Tree of World Religions, Tree of Religions, Tree of Life or the Genealogical Tree of Mankind), World Ladder, Law of Karma, Powers and other Original Qualities of the Soul, silence, Sakar Murli, Avyakt Murli etc. The reader is taught on how to use the knowledge of the Brahma Kumaris, which is found in this book, to begin and continue the process of walking into the Golden Aged world.


This book has just been published. So the sales is just picking up. I will also be selling this book through JVZoo via affliliates who will get a 75% commission on the sale of each book. As at 21st February 2017, there is a 5 star review at Amazon.


Through the walking in process, you attain the ability to get whatever you want with just a thought. Since your spiritual power increases, as you use the practices in this book, your ability to get what you want, through just a thought, increases. For this same reason, your visualisations, desires, goals etc. will also easily materialise. If you asked God for something, God will also give it to you. In this book, I have explained about how God, the Kundalini, World Drama, Cosmic Consciousness, Collective Consciousness, QE Light, etc. will be helping you to get what you want, visualise etc.