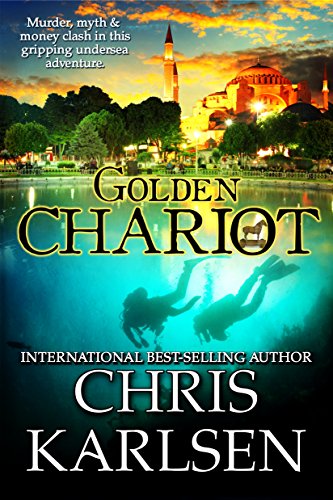 The rare discovery of a ship sunk during the time of the Trojan War has been found off the coast of Turkey, near Troy. Charlotte Dashiell is an American nautical archaeologist and thrilled to be part of the recovery team. The wreck may contain proof of her highly controversial theory about the Trojan War.

Charlotte is present when the Turkish government agent assigned to guard the site is murdered. Her possible involvement and a questionable connection to a private collector of black market relics bring her under suspicion. Atakan Vadim is the Turkish agent sent to investigate her. Unknown to either of them, the smuggler behind the murder plans to steal a valuable artifact and frame Charlotte for the theft...after they murder her.


Shouts of “fire” came from all sides of the camp. The west wind blew sparks in the direction of the lab. They could lose the entire camp, but not the lab, not the artifacts.

Charlotte grabbed an empty barrel from the fire line. She ran with it and started climbing the stairs to the shower stall’s water tank. A man’s large hand covered her mouth. His other hand brandished a gun. With the cold barrel to her ear, he walked her backwards down the few steps to the ground.

“Don’t scream.” Little-by-little his palm came away from her mouth.