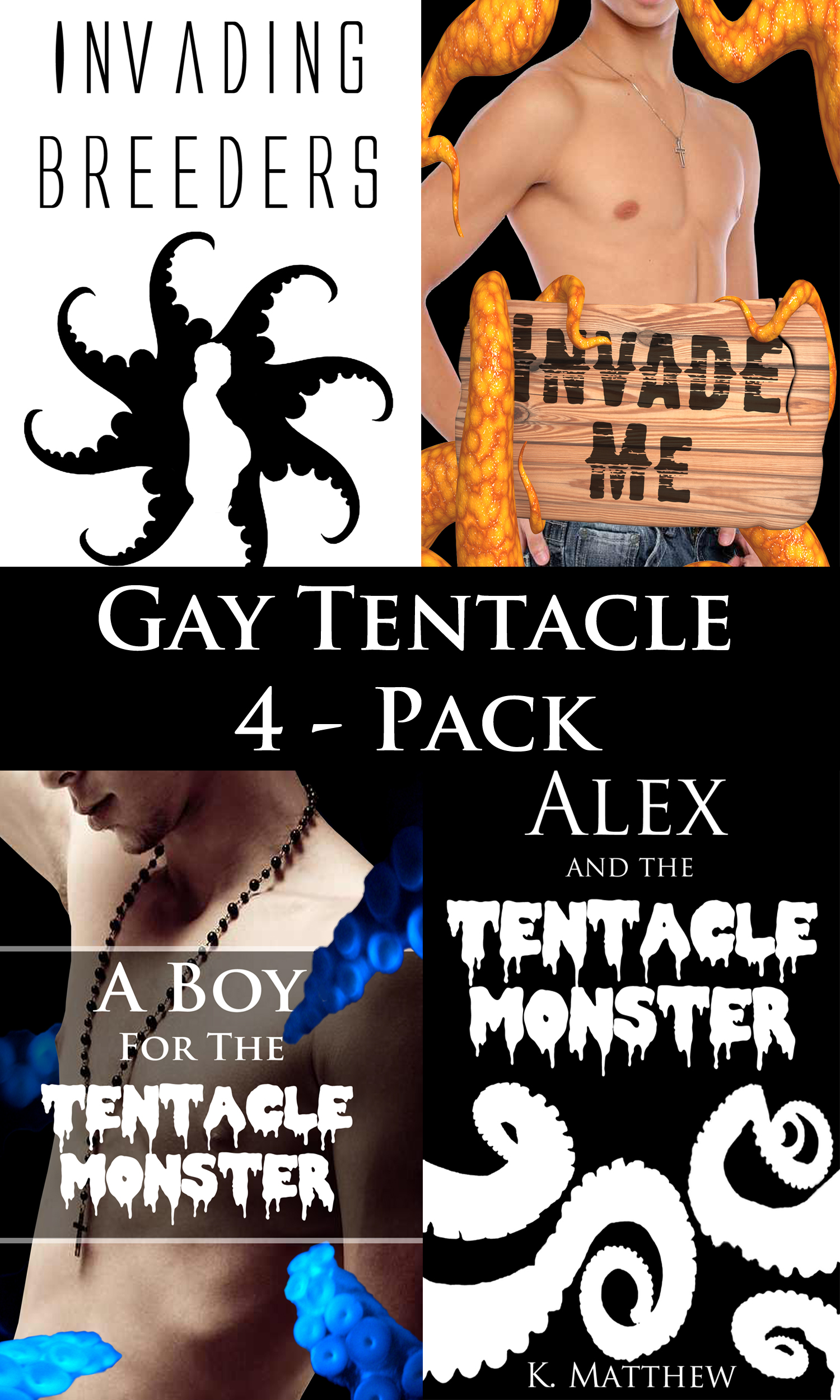 Four titillating tails of gay tentacle bliss. Read through four separate journeys of intense alien invasions, fantastical sexual creatures, and fear inducing monsters as they plunge their tentacles deep into the holes of their helpless victims. Guaranteed to satisfy your craving for kinky tentacle mayhem.


Picking up that rock was the worst thing I ever did. Maybe if I hadn't, humanity could have been spared.

My family expected great things from me. Coming from a lineage of doctors and lawyers really puts the burden of success on someone's shoulders. I had decided to study science instead though, which I'm not sure was better or worse for my image in my family's eyes. Since my main focus was on the solar system, my father hoped that I would discover a new planet. My mother would have just been happy if I could eventually get on with NASA.

Because my parents were strict with my grades, I had been able to earn a full scholarship to Purdue. Even if I hadn't, I was sure they would have bought my way in, as they had done for my lesser academically inclined siblings. It felt good to pave my own way though, earning my parents respect and gratitude.

My fourth semester of college was almost finished when the cataclysmic event took place. I can remember watching on the news as the meteorite came crashed down, an orange tail of flame trailing behind it before it collided with the earth's surface, sending a mushroom cloud of smoke and shock waves for miles. Of course, our first concern was with the citizens of Kenosha, Wisconsin, where the meteorite had landed. Once the fear of their safety subsided, our new focus became studying the science of it.