From the Ashes of Strife by Iraj Sarfeh

Ten-year-old Sohrab Vessali and his parents escape the violence of Iran’s Islamic Revolution to live in America. 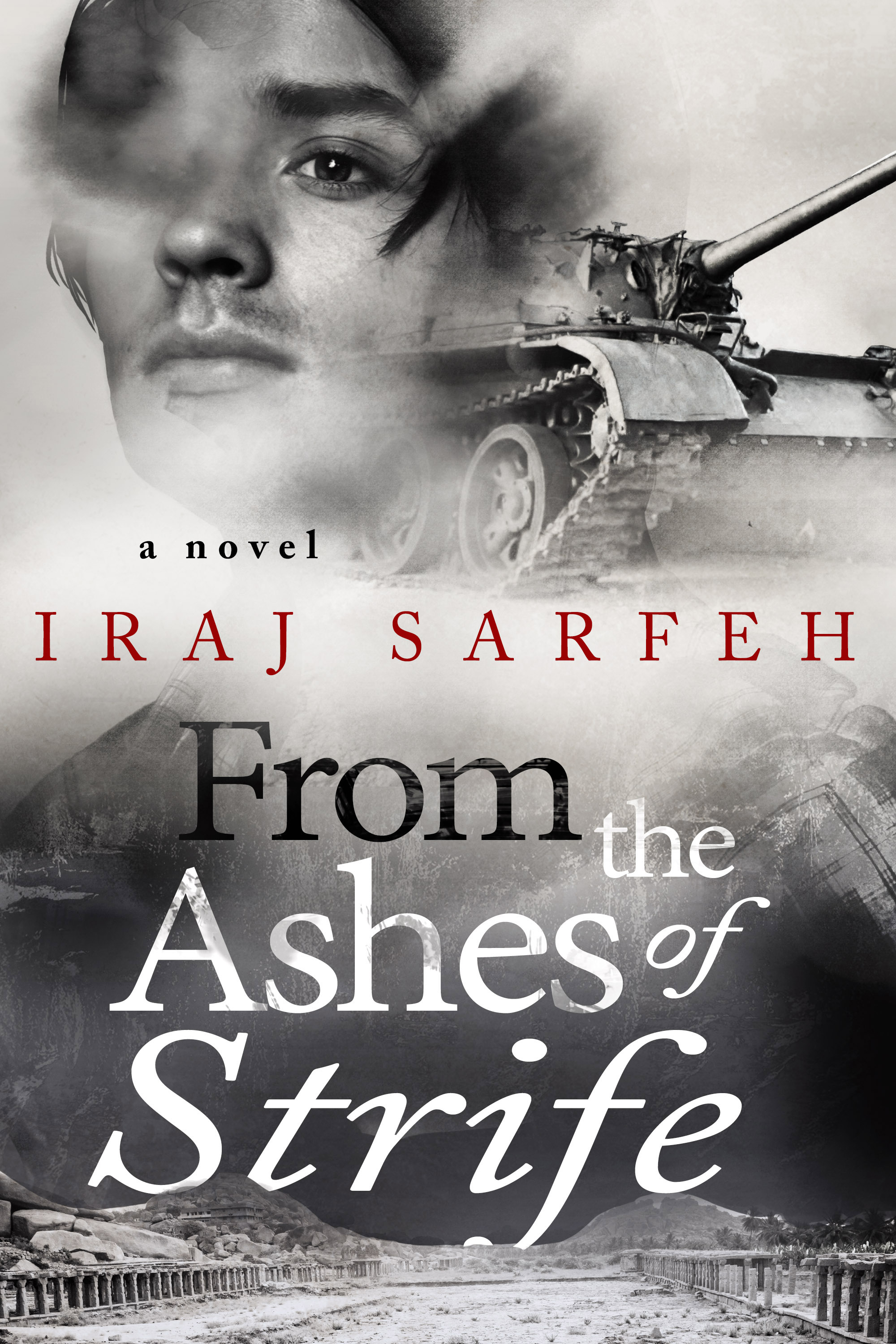 Ten-year-old Sohrab Vessali and his parents escape the violence of Iran’s Islamic Revolution to live in America. As the years pass and anti-Iranian sentiment soars, the bullying and taunting at school leave Sohrab confused and aimless. He becomes alienated from his domineering father, a former general in the Shah’s army determined to initiate a counterrevolution. But Sohrab’s wounds of alienation melt away when his father secretly returns to Iran and disappears. Have the mullahs imprisoned or executed him? Sohrab is obsessed to discover his father’s fate, hoping he is still alive so that they can undo the hurts of their turbulent past. He looks to Emily Clarke, an Iranian-born nurse who places her love and faith in him and helps him in the perilous quest.


From the balcony, I couldn’t see the pavement for the tops of heads. Most were covered with cloth—some white, some green, many red. Mother said white was for peace, green for Islam, red for anger. Between the heads, a forest of fists pumped in rhythm to shouts of “Marg bar Shah!” Death to the King! Throughout the month of June 1978, I had heard the same shouts almost every day on our street—angry shouts, frightening me.

That afternoon, a mullah in a black robe and turban led the mob. He stood on a wooden crate across the street, every so often flapping his arms like a raven about to fly, urging his followers to kill the Shah and anyone who opposed Islamic rule.

A soldier in fatigues strolled among the crowd, a rifle slung over his shoulder. When he was a few paces in front of the mullah, he stopped, slipped off the rifle, and held it across his chest, stroking the stock as if it were his cat. He fixed his black eyes on the mullah—steady, cruel eyes, as those of a hawk. Held under the mullah’s spell, the people seemed oblivious to the menace of the soldier and his weapon.

Mother gripped my hand. “Let’s go inside, Sohrab. I think something terrible is about to happen.”

Glued to the unfolding scene, I stood motionless.

The crowd scattered as the body crumpled to the ground, eyes frozen wide in surprise and still as a pair of dead beetles. A yellow dog trotted over and licked the blood. The soldier grinned.

I felt dizzy, and everything went blank until I woke up in bed. Mother stood over me, damping my face with a cool washcloth. She said I fainted.​