A tale of conflict and romance set in 19th Century Fiji 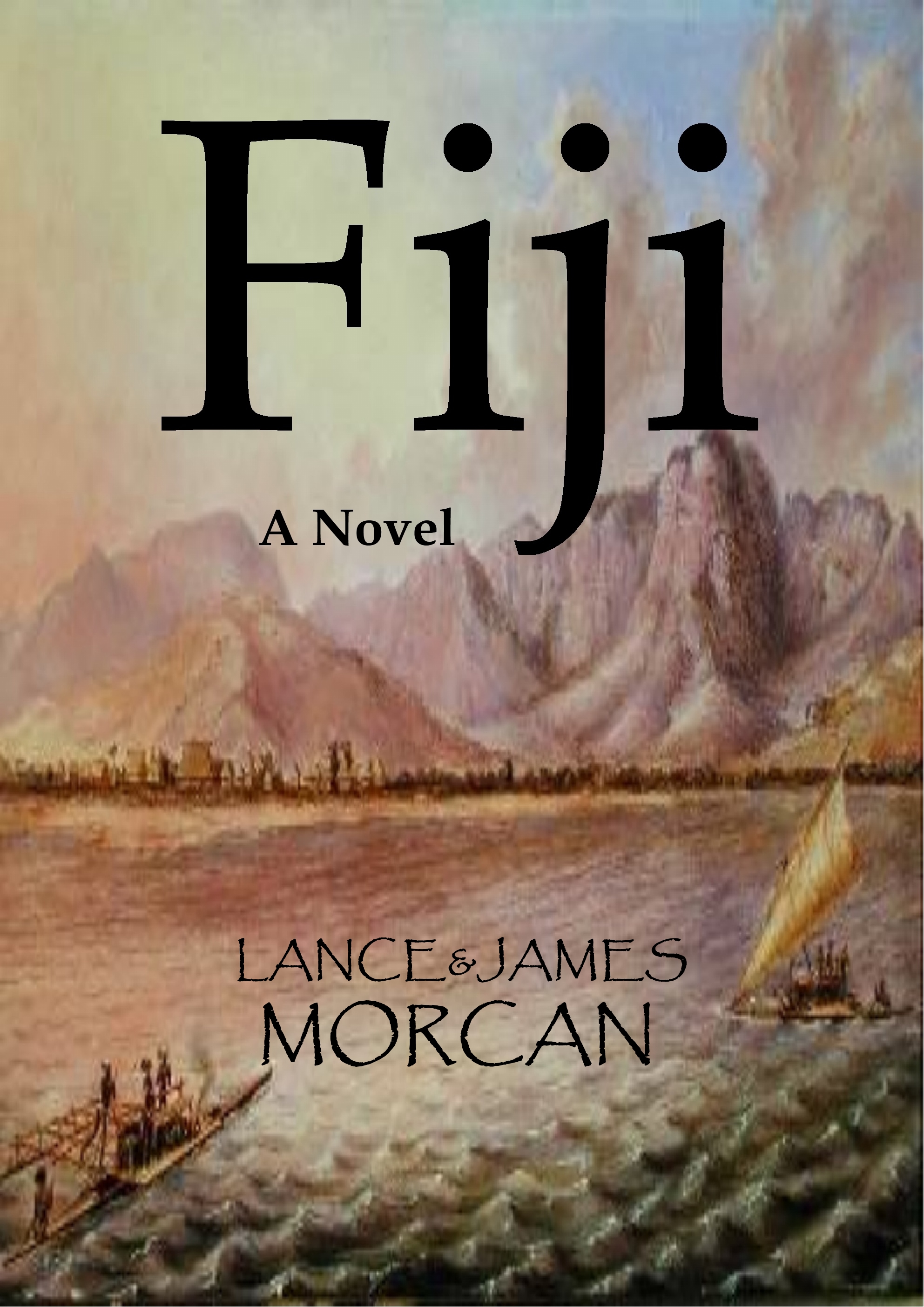 As the pharaohs of ancient Egypt build their mighty pyramids, and Chinese civilization evolves under the Shang Dynasty, adventurous seafarers from South East Asia begin to settle the far-flung islands of the South Pacific. The exotic archipelago of Fiji is one of the last island groups to be discovered and will remain hidden from the outside world for many centuries to come.

By the mid-1800's, Fiji has become a melting pot of cannibals, warring native tribes, sailors, traders, prostitutes, escaped convicts and all manner of foreign undesirables. It's in this hostile environment an innocent young Englishwoman and a worldly American adventurer find themselves.

Susannah Drake, a missionary, questions her calling to spread God's Word as she's torn between her spiritual and sexual selves. As her forbidden desires intensify, she turns to the scriptures and prayer to quash the sinful thoughts - without success.

Nathan Johnson arrives to trade muskets to the Fijians and immediately finds himself at odds with Susannah. She despises him for introducing the white man's weapons to the very people she is trying to convert and he pities her for her naivety. Despite their differences, there's an undeniable chemistry between them.

When their lives are suddenly endangered by marauding cannibals, Susannah and Nathan are forced to rely on each other for their very survival.


Like World Odyssey, book one in The World Duology, the Kindle ebook version of FIJI: A NOVEL (The World Duology, #2) has been a top seller for the Morcans; it has attracted critical acclaim from Amazon reviewers and has a current review rating of 4 out of 5 stars.

This review from the Fijian book review site Random Writings Book Reviews (Suva): "As a Fijian, I find the old traditions of our people fascinating and just as great as they are crude and gruesome. The novel touches on most of these now extinct practices, in mad detail and it's AWESOME! ... Racial prejudice, religion, culture and family were the underlying messages ... The adventure, fast-paced and nail biting ... The romance, sizzling, exciting, forbidden ... I give it 5 stars because that's the maximum amount of stars we're allowed to give."

The Morcans have adapted Fiji to a feature film screenplay and put it into development with their production company Morcan Motion Pictures. The release of the movie will undoubtedly further boost future sales of the novel.


Less than a quarter of a mile away, as Susannah and her father prayed, a young American emerged from one of the numerous brothels on Levuka’s dusty main street.

Adventurer Nathan Johnson was one of the more interesting characters who happened to be passing through Levuka. Recently arrived after a three-month voyage from his home port of San Francisco, the young man was here to trade muskets for the Fijians’ highly prized beche-de-mer, or sea slugs. He then intended shipping the exotic sea slugs to China where they would fetch exorbitant prices, thereby adding to his not inconsiderable wealth.

Nathan was feeling considerably older than his twenty six years. Little wonder, he admonished himself, as he’d just spent the night gambling and drinking before falling asleep in the arms of a prostitute. Now, standing outside the brothel, studying his reflection in a window, he didn’t like what he saw. Bloodshot eyes stared back at him and his long, dark hair framed a face, which, although undeniably handsome, was paradoxically youthful and world-weary at the same time.

The youthfulness, he knew, came from his pretty mother who had died giving birth to him and whose face he’d only ever seen in a portrait painting; his world-weariness came from the life he’d led since fleeing home as a boy to escape a violent father. Since then, in the course of traveling the world, he’d already seen and done more than most men would in two lifetimes.

Shaking his head as if to dispel painful memories, Nathan set off down the street toward the boardinghouse he was staying at. Striding out, he found even this light exertion caused him to sweat profusely, such was the humidity. Tall and athletic, he had the look of someone who knew how to look after himself, and his fine attire, although somewhat crumpled after a night on the town, left no doubt he was a man of means.