$ex in $in City by Dee Dawning

Opportunity presents itself in, of all places--Las Vegas. 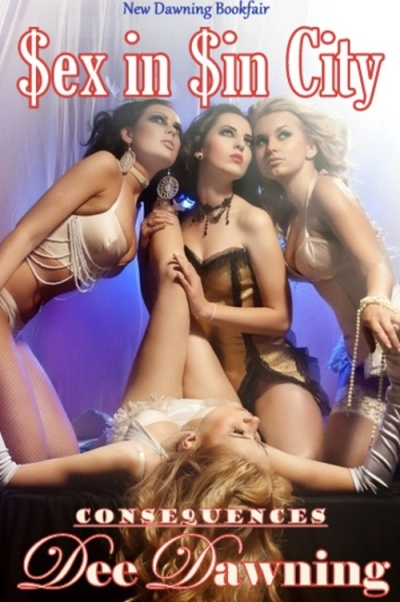 Opportunity presents itself in, of all places--Las Vegas. Randy and his girls are flown to Sin City on a corporate jet and after being wined and dined and...ah...other things are offered the opportunity to host that Summer's Adult Pool Parties at the Galaxy & Eden Hotels.


We arrived to the Scottsdale Airport terminal at one-forty, with twenty minutes to spare. The Prince's right hand man, Fahd Barakah, met us and escorted us to Las Vegas. Fahd apologized for the prince not being there. It seems to pass the time he got involved in a game of Chemin de fer and lost 6.7 million dollars, so he sent Fahd instead, because he was trying to recoup his loses.

We flew to Vegas in Prince Salam's tricked-out Gulfstream 650, which according to Fahd cost 89 million dollars. I was shocked. I had no idea private planes cost that much.

The fight was uneventful and we arrived at McCarran Executive Air Terminal at 1:45 pm—earlier than we left due to the time difference.

Romano greeted us effusively, especially me. After embracing me and kissing my cheek, he said, "Ah, April. I'm so glad you came. I have been so looking forward to seeing you again." He winked. "I remember our time together at the Phoenician most fondly."

I remembered too. I remembered how handsome he was/is and how much he turned me on. "It's good to see you again, too. I'm looking forward to working in Vegas again."

Romano's eyebrows rose. "Again? I wasn't aware you had worked here before."

A flush surged through me. "Oh, it was for only two weeks when I was in college."

I see. Well I'm sorry I missed you then." He chuckled. "You might never have gone back to Phoenix.