Empress Matilda of England: Student-Teacher Edition by Laurel A. Rockefeller

The roaring lioness of England -- now for the classroom 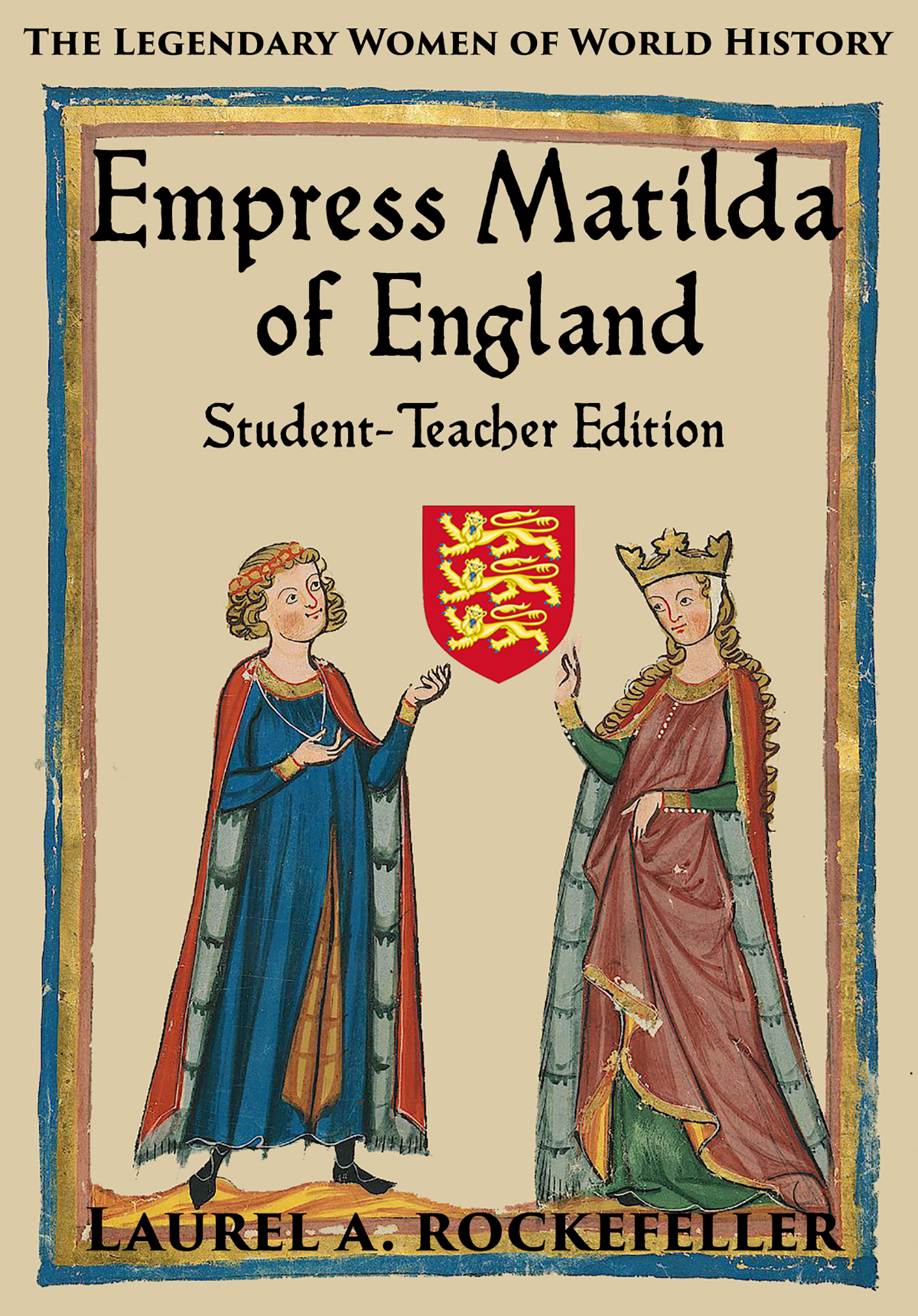 The roaring lioness of England!

Born in 1102 to King Henry of England and Queen Edith Matilda of Scotland, Matilda's uniquely royal Norman, Saxon, and Scottish heritage was meant to unify an England still divided by her grandfather's conquest in 1066. When the 1120 White Ship Disaster made her the only surviving child of her parents, Matilda suddenly became heiress to the English throne in a time when the old Saxon Witan, not the king's Will, still decided the succession.

Discover the true story of the first woman to claim the throne of England in her own right and be inspired!

Student - Teacher Edition features challenging puzzles and study guide questions after every chapter, plus a detailed timeline, and an extensive suggested reading list.


To please him she had to genuinely desire everything his imagination could come up with as a test—and she had to push the boundaries of that imagination within him, to stimulate his lust and banish all interest in the dainties around him. Gone was the innocent twelve-year-old who married him as his little sweetheart. At nearly nineteen Matilda was now Heinrich’s sensual dream lover, a grown woman wise in the ways of men and their bodies.  Heinrich demanded this change in her as part of his own fury against her for losing their daughter. What he did not expect was Matilda’s ability to take up his challenge and conquer him in the process.

As October gave way to frigid November, Heinrich found a grown woman sitting beside him, one more intelligent and shrewd than he ever expected.  In France King Henry and Prince William Ǣtheling prepared to cross the English Channel in a fleet of royal ships filled with Matilda and William’s half-siblings. Who could have known that night that the free flow of wine and the night’s darkness would contribute to the greatest sorrow of her father’s life—or that Matilda’s life was about to change forever.