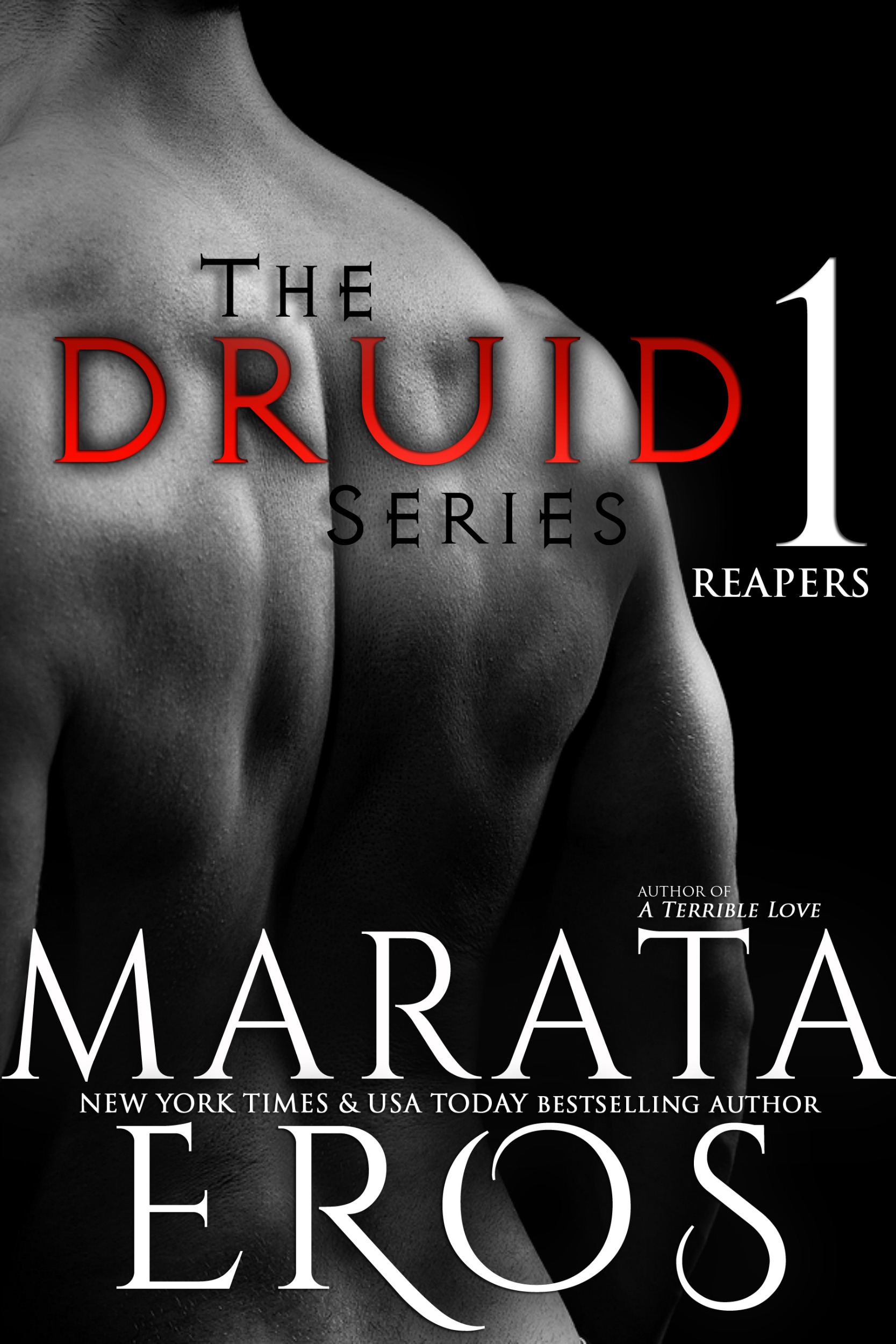 Alpha Vampire Warriors seek women of Druid ancestry for mates... can they claim them in time for their species to survive the threat of extinction?

The vampires are a dying race, their females sterile. When it's discovered that human females of Druid ancestry can be viable breeders... the harvest begins.

Rachel Collins is a young woman living in the frozen north of Alaska in a dead-end job with a circular life. She yearns for something more.

When murders begin taking place in the city where she lives, she and her girlfriend try to be more cautious, only to be caught in the middle of a dangerous situation in which an unlikely savior emerges.

Can Rachel escape her destiny while two different factions hunt her?

Might contain triggers. Please be aware that Reapers is a dark paranormal romance work and deals with serious themes, including violence, murder and mature themes.

The Druid Series is a unique book collection about women of Druid ancestry who mate with vampires in order to produce the rare daywalking vampires. It's an original premise with sub-genres of: horror, dark fantasy, and gothic elements.

Volumes 1-7 are novella length as well as volume #10. Volumes 8/9 are full-length offerings with book #8 beginning a spin-off direction in the series.

REAPERS is offered in both audio and paperback editions.


I took my eyes off them and looked at the guy in front of me. He was way cuter than Rugged. He had the enigmatic something that made a girl want to get a little closer.

I nodded. He held out his hand, which was big I noticed. I tried not to think about how it would feel to have those hands roaming over my body but couldn't quite do it. He took me up against him and I molded against his torso. As those hands came to rest on the small of my back, the heat from them warmed me. He looked into my eyes and they held a promise of a fun night... if that's what I wanted. I didn't grind against him but I could feel that he was happy to be there. He smiled at me, knowing I was aware of his arousal.

He clutched me tighter and lowered his face next to mine and whispered, “Your friend's gone.” Now he was kissing my neck.

Unease crept its way along my body. Usually Michelle gave me some kind of signal or something. I looked around for her trying not to feel frantic.

“Where did they go?” I semi-shouted at him.

“Outside!” He inclined his head in the direction of the door.

“You want to go find them?” he asked, his fingers already twining in mine.

I looked down at our clasped hands and that feeling of unease bloomed in me again. I couldn't shake it. I understood on some level that I was just getting residual anxiety from the strange encounter with Erik and letting that cloud my thinking. I wasn't going to take it out on this guy.

I should have listened to that voice inside my head....