You will NEVER look at a basketball the same way again! 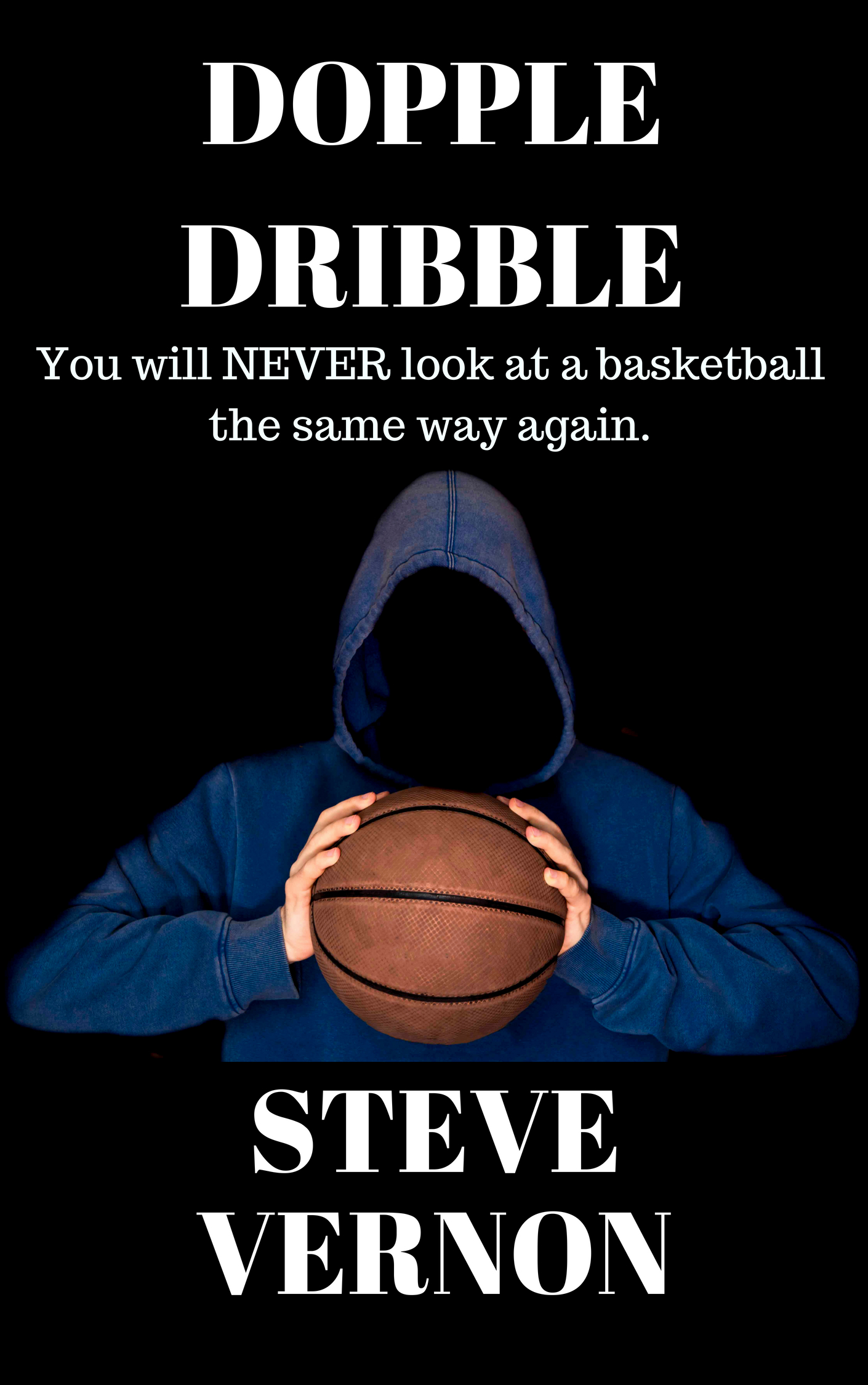 His name was Adam Kyler. He had eyes as black as licorice jujubes and a spit curl hooked across his forehead that reminded me of a young Superman. He was nine years old. It wasn’t his fault he was standing in the alley, but I shot him just the same...

DOPPLE DRIBBLE is a story of revenge from beyond the grave and I guarantee you without a shadow of a doubt that after you read this story the VERY next time that you hear the sound of some kid walking down the sidewalk under the streetlights dribbling a basketball you are going to spend the rest of the night, scared stiff and wide awake.

Don't say that I did not warn you.

"If Harlan Ellison, Richard Matheson and Robert Bloch had a three-way sex romp in a hot tub, and then a team of scientists came in and filtered out the water and mixed the leftover DNA into a test tube, the resulting genetic experiment would most likely grow up into Steve Vernon." – Bookgasm

His name was Adam Kyler. He had eyes as black as licorice jujubes and a spit curl hooked across his forehead that reminded me of a young Superman. He was nine years old. It wasn’t his fault he was standing in the alley, but I shot him just the same.

All that I saw was a shadow, you understand – from somewhere out of the corner of my instinct. Just the impression that someone was standing there, watching me run out from where the bodies of the three men I’d just shot lay dying.

The boy didn’t hear a thing. The silencer I’d jury rigged on to the end of my Glock had that much shush left. He didn’t hear the bullet that blew his voice box right out of his throat. He died quickly enough, I suppose. Just shush-bang, and then it was over, nothing left but the sound of the basketball that he’d chased into the alley way - thump, thump, thump.

It was supposed to be an easy deal. Bing-bang, in and out.

That’s how I planned it, only it didn’t work out that way.

I mean, how was I supposed to know that Chico Fat would have inspired that kind of loyalty in his bodyguard?

Here’s how it all started.

Chico Fat ran the crookedest poker party east of Poughkeepsie, and I played patsy to his take-me-card, big time. I was into Chico Fat for more than I could pay him off in a couple of lifetimes.

So I decided to kill him.

It should have been easy, like I said, but should-have, would-have, and could-have were the three stooges of destiny, always hungry for another ripe fall guy.