Dogs of the Blue Gods by Ian Fraser 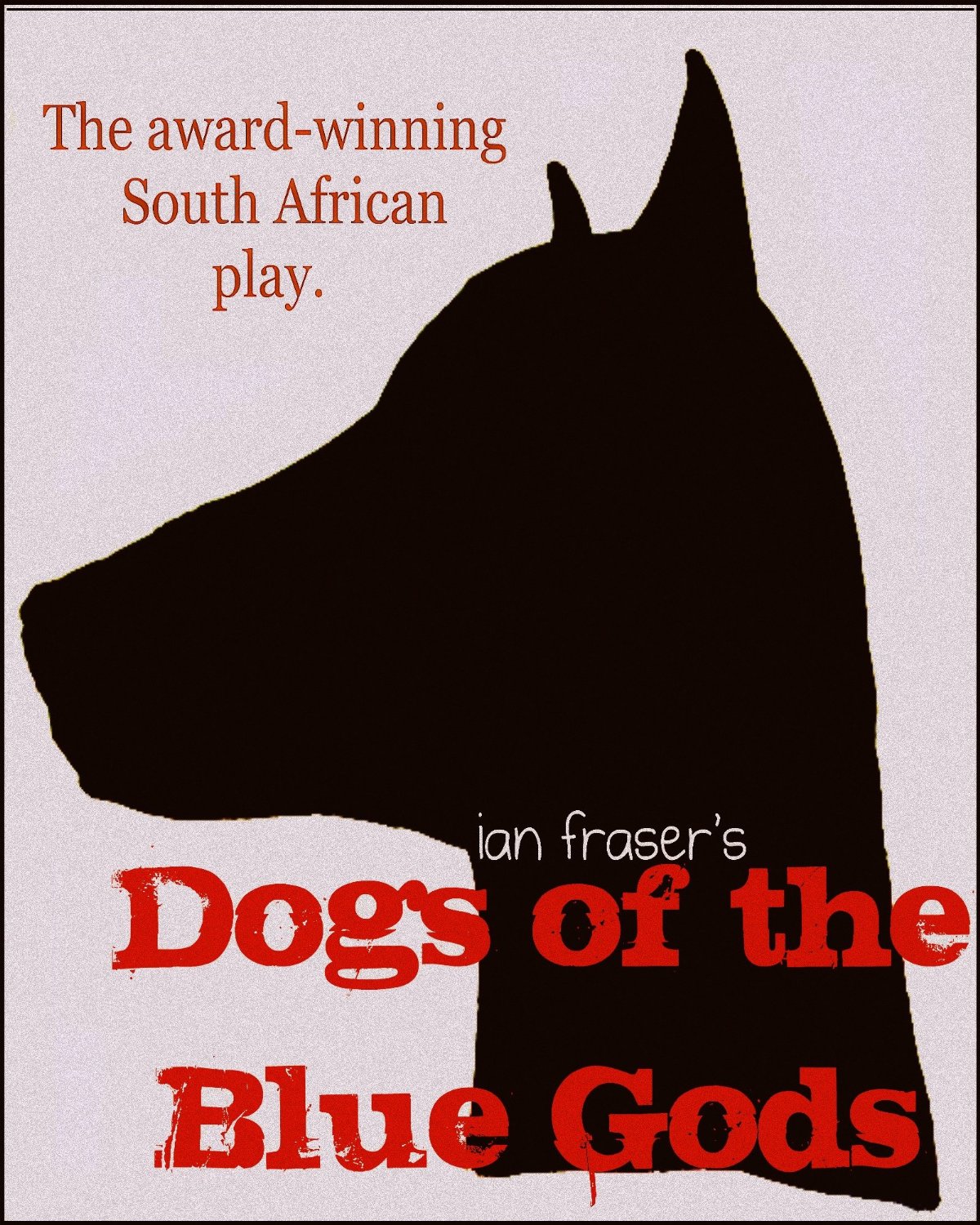 An award-winning South African theatre play, written at the height of Apartheid.

The play takes place in a police dog training facility. The characters themselves are dogs - played by actors padding around on all fours. The story unfolds as we discover the group dynamics of a bunch of very jaundiced, somewhat depressed dogs, beginning to wonder what their purpose is in life. The simmering discontent of the dogs existence is brought to a head with the arrival of Rex, a domestic civilian dog with radically different ideas.

A dog's Godot begins to play out in the kennel...

Staged at the State Theatre, in Pretoria, South Africa. 1991

Staged by the Village Playhouse of Wauwatosa, Wisconsin, USA 1999.

Staged reading by the Living Theatre, New York, USA May 2008


-DOGS OF THE BLUE GODS-

.We see the three dogs lying on top of each other. They are Fang, Ralph, and Rover. They each snore at different pitches. They are played by actors with no masks or 'doglike' additions. They just are actors, on all fours, naturally, as we'll see.

After a minute of this we hear:

which wakes Fang, who extricates himself from the pile of sleepers. The actor playing the character (like all the others) moves about on all fours, quite naturally. He pads off to one side and - as the audience realize he is a dog - he glares upwards as the FX repeats-

(He glares a moment longer, then turns and pads back to the group. He pauses and stretches. Ralph lifts his head up and yawns, then speaks.)

RALPH.    You been thinking too much-

RALPH.    You haven't woken up yet an you're already depressed- Don't be so indulgent.

FANG. (yawning) Ah you know what I mean-

RALPH.     Yeah yeah, just keep it down - Rover's still sleeping, an you know what he's like-