When the Divine Plan is stupid, humanity’s future is at risk. 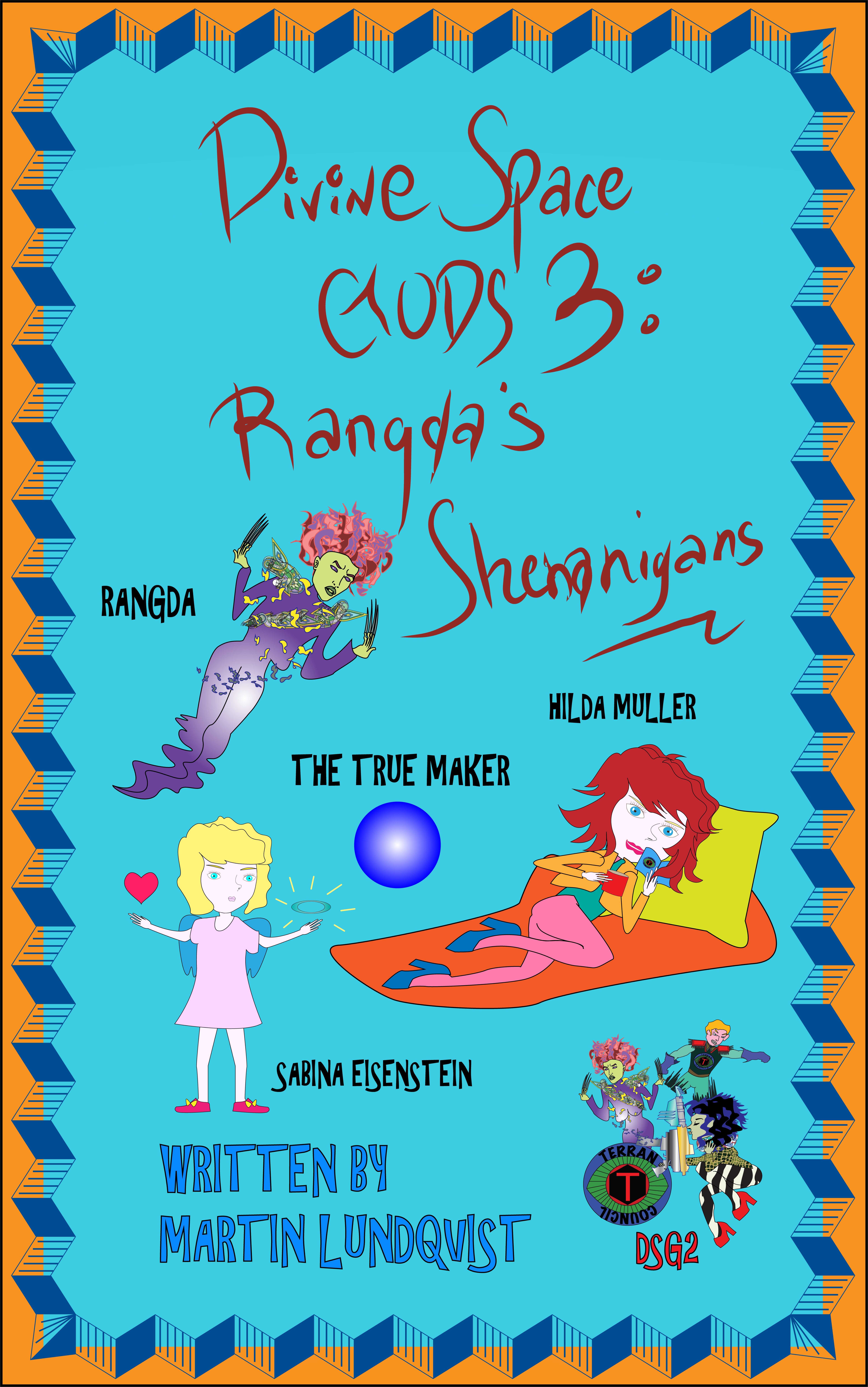 Due to an unfortunate calendar mistake, the Divine Plan faces a hiccup. Instead of giving birth to the Chosen One, the Martian Rebel Keila Eisenstein unleashes the evil Space Demon Rangda Kaliankan and her army of man-eating Xenos upon humankind.

“Fortunately”, The True Maker, the supreme deity of the Milky Way Galaxy, has a plan for dealing with the new threat. To convince Keila’s ex Metatron to find a surrogate mother for his and Keila’s unborn embryo, so the Chosen One can be born and sort out the mess that the True Maker caused. Six months later, Sabina is born.

Meanwhile, the new German leader, Hilda Muller realises how to save Earth from the Xeno invasion. Since the Germans haven’t won a war in a millennium, she bribes the Xeno invaders with copious quantities of German beer, which saves Earth. Because of Hilda’s grand plan, she is promoted to planetary leader.

Having failed to invade Earth, Rangda comes up with a new plan. She allies with the Martian Madman Melchior Dorevitch and his cannibal army. Together they defeat Rangda’s ancient enemies the Zetans. After this, Rangda, and Melchior begins an odyssey around the Milky Way looking for the magical plot devices, the Zeto Crystals.

Eventually, Rangda has all the Zeto Crystals, and Sabina, as the Chosen One, has to face Rangda. But there is an issue… Sabina hasn’t trained and isn't very keen to carry out the Divine Plan.
In the end, only a miracle can save us!


Chapter 22: A Case of Mistaken Identity.

The next day Odin felt a bit guilty. It was unfair to force his daughter to seduce and copulate with the revolting Melchior. Although Freya’s work description said “fertility goddess” there was a limit to what he could demand. Odin left his command centre and went out looking for Freya, but she was nowhere to be seen.

Eventually, he came across Rangda posing as Helen of Troy. Odin convinced that Helen of Troy was Freya in disguise, approached Helen and spoke.

Did you carry out the mission I gave you?

Odin’s behaviour confused Rangda, but she didn’t want to reveal herself, so she replied:

Yes. Everything is going according to plan.

I am sorry that you must go through with this. Seducing Melchior is too much to ask.

Rangda was still confused, but she decided to go with the flow.

I am happy to serve my people, the Zetan species.

That is very mature of you. So, where did you hide the body?

Rangda had no clue what Odin was talking about. But she wasn’t Rangda Kaliankan the Deceiver for nothing! She smiled, mysteriously at Odin and replied:

I think it would be better if you don’t know.

Okay, but who was it?

Finally, Rangda figured out what was going on. Odin must have sent someone to kill her and take her place as Melchior’s concubine. But, why hadn’t she faced any assassination attempt? Regardless, Rangda realised that she needed to make up an answer.

Odin stared at Helen/Rangda with a clueless look and replied:

Who in the Milky Way is that?

It’s the Zulu goddess of fertility.

Damn. There are just too many Zetan Gods. Impossible to keep track of us all!