When insanity is only one envelope away... 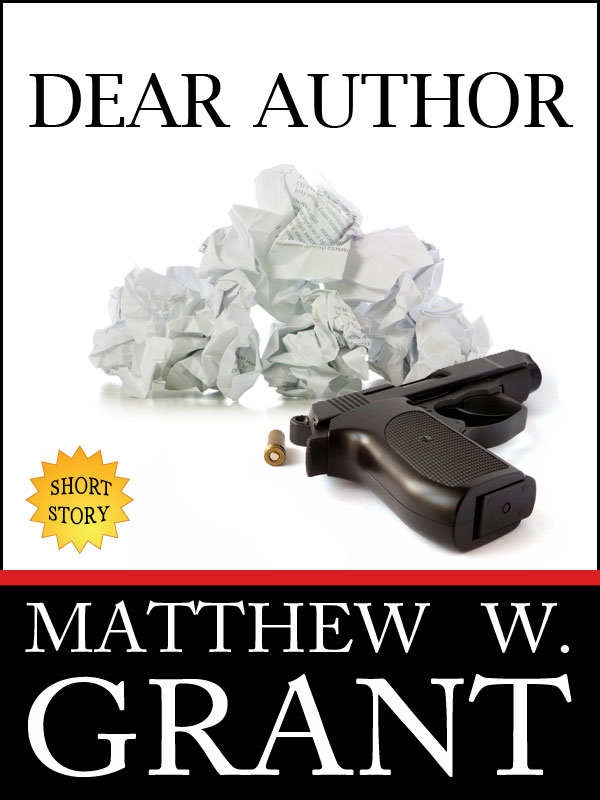 Witness his descent into madness when writer James Walek, suffering from a failing marriage and a stalled writing career, gets pushed over the edge by one too many of those insulting "Dear Author" rejection letters from publishers.


James opened the bottom desk drawer and stared at the shiny revolver.  He had an eerie premonition that today would determine everything.  He closed the drawer and let his mind drift back to the day, months earlier, when the ordeal had begun...

James started to open a business size letter.  As his finger slid along the envelope, he jerked his hand away.  "Ouch!  Another paper cut.  Just my luck," he muttered.  He unfolded the letter as carefully as a father holds his newborn baby in his arms for the first time.  The paper felt thin.  It was definitely a photocopy.  Yet another photocopy, he thought.  This was not a good sign.

His hands trembled a bit as he held up the letter at the proper angle.  He didn't know why they still trembled every time.  After all, he'd been through this same ritual enough times to be considered an expert, for God's sake.  It should be more like sex, he thought to himself.  Of course, you're nervous the first time.  You should be, or else there's something wrong with you.  After the initial anxiety wears off though, it's time to be cool, sophisticated, maybe even a little bored with the whole thing, like you're such a pro that it's effortless.  Then again, that attitude might be fine for sex, but this wasn't sex.  This was his life, his passion, his raison d'etre, as he used to tell anyone who hadn't heard the explanation yet, and quite a few people who had indeed already heard it and, if the truth be known, had no desire to hear it again.