Vampire Lisbeth Crowe has done her best to put her past as Satin, the Queen’s favorite blood slave, behind her—even if it has meant leaving three delicious, devoted lovers behind. 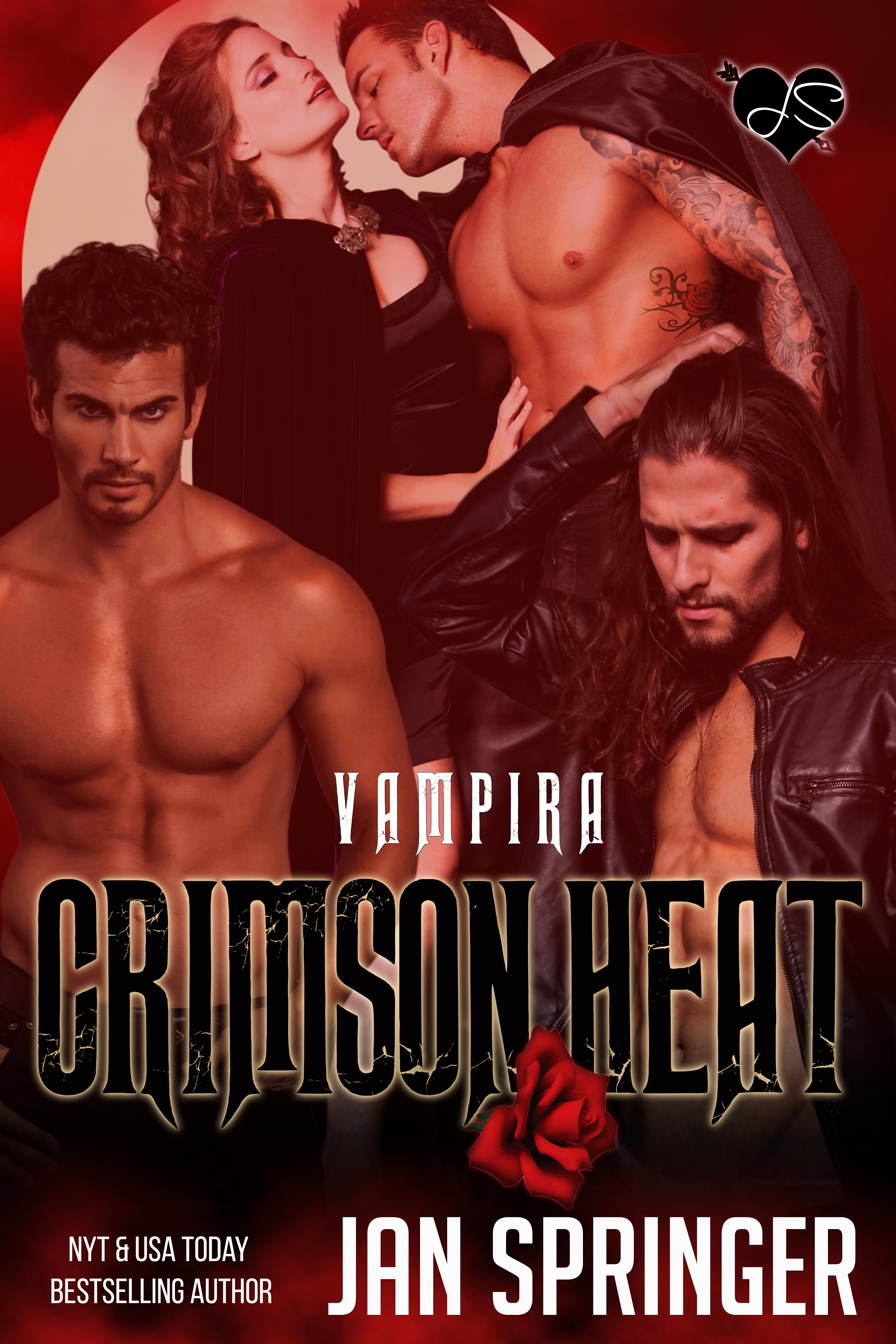 Vampire Lisbeth Crowe has done her best to put her past as Satin, the Queen’s favorite blood slave, behind her—even if it has meant leaving three delicious, devoted lovers behind.

Escaping Russia and the Crimson Clan and becoming an American entrepreneur has helped—as has joining the powerful, all-female Vampira coven, which prohibits its members from becoming involved with men. But when Lisbeth models in a charity fashion show as a favor to a friend, one of the Queen’s evil minions sees her—and begins scheming to return her to the wicked monarch.


Satin blew out a tense breath and massaged her nipples with the pads of her thumbs while she gazed past the thick iron bars on her tiny cell window. Tendrils of gray mist and dainty snowflakes whispered through the black night sky and hovered over snow-covered mountains. She’d observed the twin peaks of nearby Mount Elbrus many times over the decades. Humans mountaineered there. They skied the slopes and hiked the area, and they had no clue that vampires lived within the nearby cavernous Caucasus Mountain range.

The scenery—deep valleys, gigantic mountains, and twinkling stars—as always was incredible at night. But that wasn’t what captured her attention on this frigid January evening. The magnetic pull of the full moon held her attention. Shaded the traditional red that only Crimson Clan vampires could see, the moon played havoc with her coupling urges.

It happened every month. The red moon appeared and the charismatic pull made all the mature clan vampires sexually promiscuous. She deepened her massage of her nipples, making her breath catch and arousal stir deep inside her wet pussy.

She wished her three males were here fucking her, loving her, relieving her. But they’d been sent away on a bounty hunt days ago and she had no idea when to expect them back. She dared not ask the Queen of their return, as it would arouse her suspicion. She had no idea they were visiting her favorite blood slave and because Satin was a slave, she wasn’t allowed to have sex with anyone unless the Queen deemed it acceptable.

Because of their bounty-hunting duties, her three males were fluent in several languages. With Satin’s encouragement, they’d begun to covertly teach her English and French, for it was her secret hope to one day escape the Crimson Clan and to lose herself in the human world.