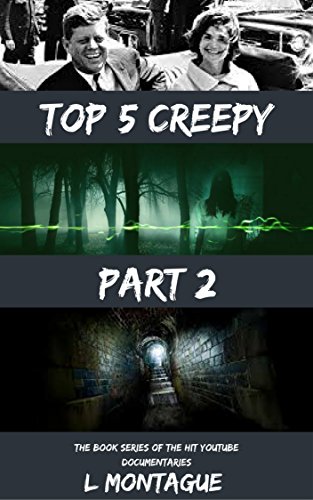 Most of us are used to coming and going out and in of town as they please. But that is not true for all people. Some people are being caught in their cities – sometimes even small parts of towns, while others live in underground tunnels or in secret spaces.

I do not think I need to tell you that doing harddrugs is not the healthiest way to spend your free time. Some drugs have devastating effects on the human body, but by the time the user feels the effects, he or she has gone too far down the rabbit hole to stop. These five drugs are utterly terrifying and I hope nobody will ever come in contact with them.

People have always been interested in the paranormal. They always wanted to put a face onto the things they were unable to explain. Even more so in a time when faeries, ghosts and witches walked the earth in the stories handed down from grandmother to granddaughter.

5. Anne Jeffries and the Faeries
4. The Poltergeist of Isabel Heriot
3. The Dopelganger of Mary Goffe
2. The Demon Of Spreyton
1. The Ghost of Anne Walker

Thousands and thousands of records and documents that were previously withheld surrounding the investigation into the assassination of John F Kennedy were recently released. The documents have shed some light on what has been the subject for conspiracy theories, intrigue and mysteries for the last 50 years.

When we receive a call in the middle of the night, it hardly ever is good news. But even worse is waking up to a voicemail harbouring a ghostly voice or EVP. I have gathered 5 extremely scary voicemails found on people’s cell phones and landlines. I have provided you with the links to the original YouTube videos beneath each part


The crumbling grey brick walls of the Edinburgh Vaults make this secret city a fearsome place. The vaults were completed in 1788. This system of underground caverns, was once home to the city’s most destitute inhabitants.

The vaults are an underground city, formed in the 19 arches of the South Bridge. It was a place of claustrophobia, fear and mistrust, as people had to literally live on top of each other in houses – sometimes 14 stories high. The bridge was finished in 1788 and it was deemed fitting that the Bridge’s eldest resident, a well-known and respected Judge’s wife, would be the first to cross the bridge. The woman, however, died a few days before the big event and hers would be the first “body” to cross that bridge.

Locals would now think the bridge was cursed and most of the townsfolk would now refuse to cross the bridge for many years. Space on the South Bridge started to sell at high prices – it was custom to build on bridges. They started constructing houses in the arches and making dark, airless vaults that would originally serve as workshops for the craftsmen that had their shops on the bridge.

However, as time passed, the quality of life in these spaces started to deteriorate as the bridge started to leak and the businesses moved away.

Now empty, these vaults became the home of the poor, immigrant Irishmen, Highlanders seeking refuge and even body snatchers. But even for these people, the lack of heating, light, fresh air and the damp circumstances inside the vaulted rooms became unbearable. They soon discovered the vault was a place to die, not to live. 30 years after they had been built, the vaults were now completely abandoned.

Now you can partake in guided tours through the vaults. They are also believed to be one of the most haunted places in the UK – if not the world.

Have you ever been?