One man struggles to live honorably in a world filled by men without honor. 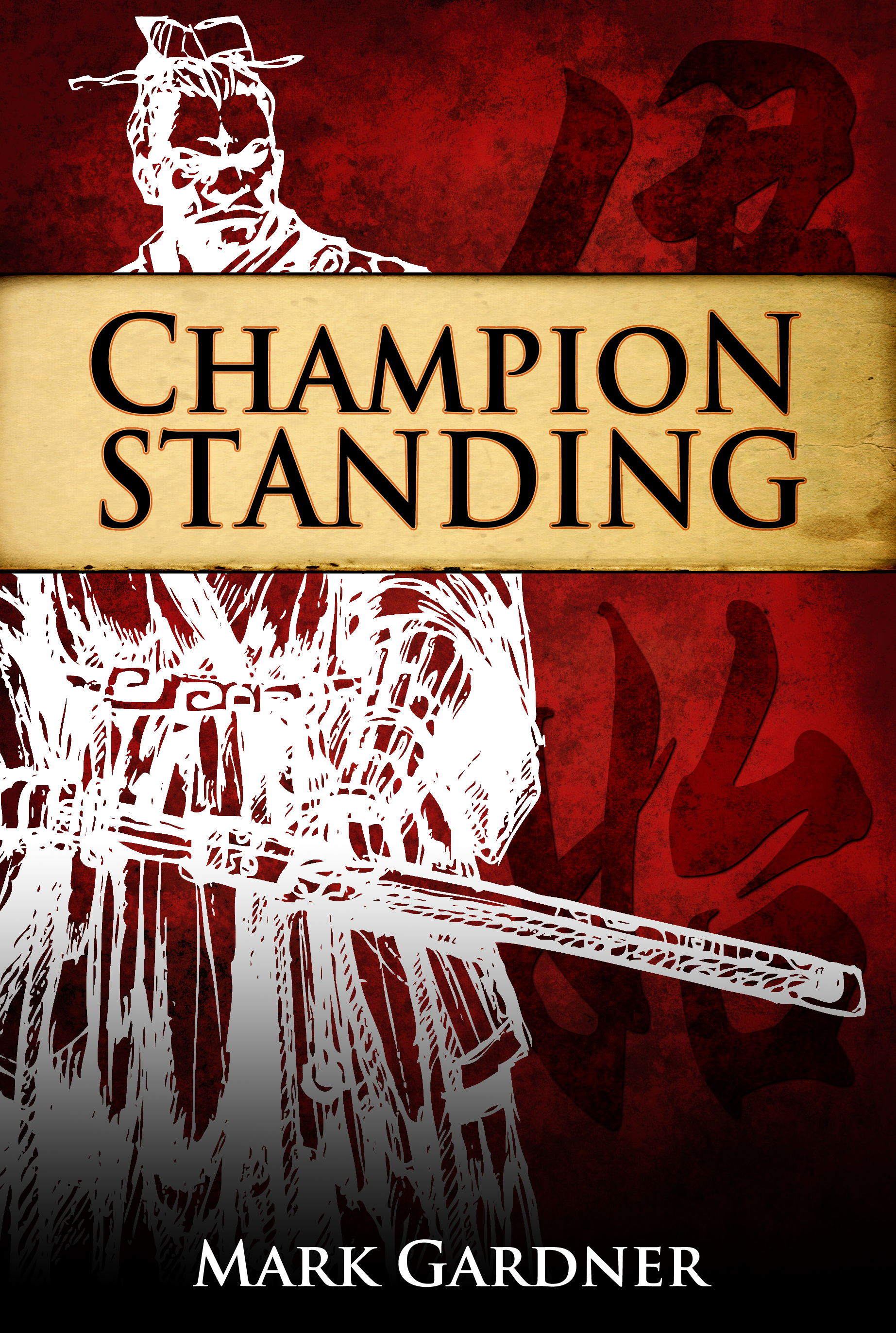 Disgraced Chinese warrior, Liao, is a mercenary for the Kingdom of Kush. In an unprecedented decision, the Chancellor of the Han Dynasty has permitted Liao to fight in a tournament against the best warriors the empire has to offer. His presence in the epic event could restore Liao’s honor.

Liao’s foes claim he has no place in the prestigious tournament. Some want his defeat in the arena, while others wish him dead by any means necessary. If Liao hopes to triumph, he must evade assassination attempts, best other competitors, and expose the plots of a Roman general bent on disrupting the tournament and plunging the Han Dynasty into a civil war.

Champion Standing is a fantasy novel blending non-stop action and memorable characters in a tale of betrayal and redemption.


They sat there, just the two of them, in silence for the longest time before either of them spoke, but even before the bearded man sitting in the field by his side said anything, Liao recognized his surroundings. This man that was his father, and yet not. Together they sat, silently looking at the stars that shone overhead. Perhaps, Liao thought to himself, perhaps that is what has brought this memory to the surface: the similarity of the two nights and the two cloudless, moonless skies. He watched the older man, both as observer and as participant and waited for the older man to speak the words he remembered so well: “I’m dying, Liao.” The warrior who was the child watched as tears began to well up in the eyes of himself as a child. He watched his father swallow the trembling, crying child in his strong but tender arms. “Yes, Liao,” the man gently answered. The child who would one day be a warrior stiffened slightly in the arms of his father, pulling his head far enough back to look into his eyes. “I will look after mother for you.” He spoke with the frightened voice of a child, yet with the strength and resolution of the man he would become. His father said nothing. He nodded as if in affirmation of what the child had said, a tear forming in his eye. They sat there in silence, the two of them until the first rays of dawn greeted them. After his father died, life was not easy for Liao or his mother, but they managed to overcome all the obstacles that life threw their way. There would be many nights when Liao would sit, gazing at the stars working out the difficulties of life, but none so poignant as this first one. Liao looked back fondly at those difficult times, realizing again how great the influence of that gruff old man had been in his life, and seeing for maybe the first time the tenderness that was ever so carefully hidden beneath the gruff exterior of the man he called Father.