The forgotten French princess whose courage launched the Tudor dynasty 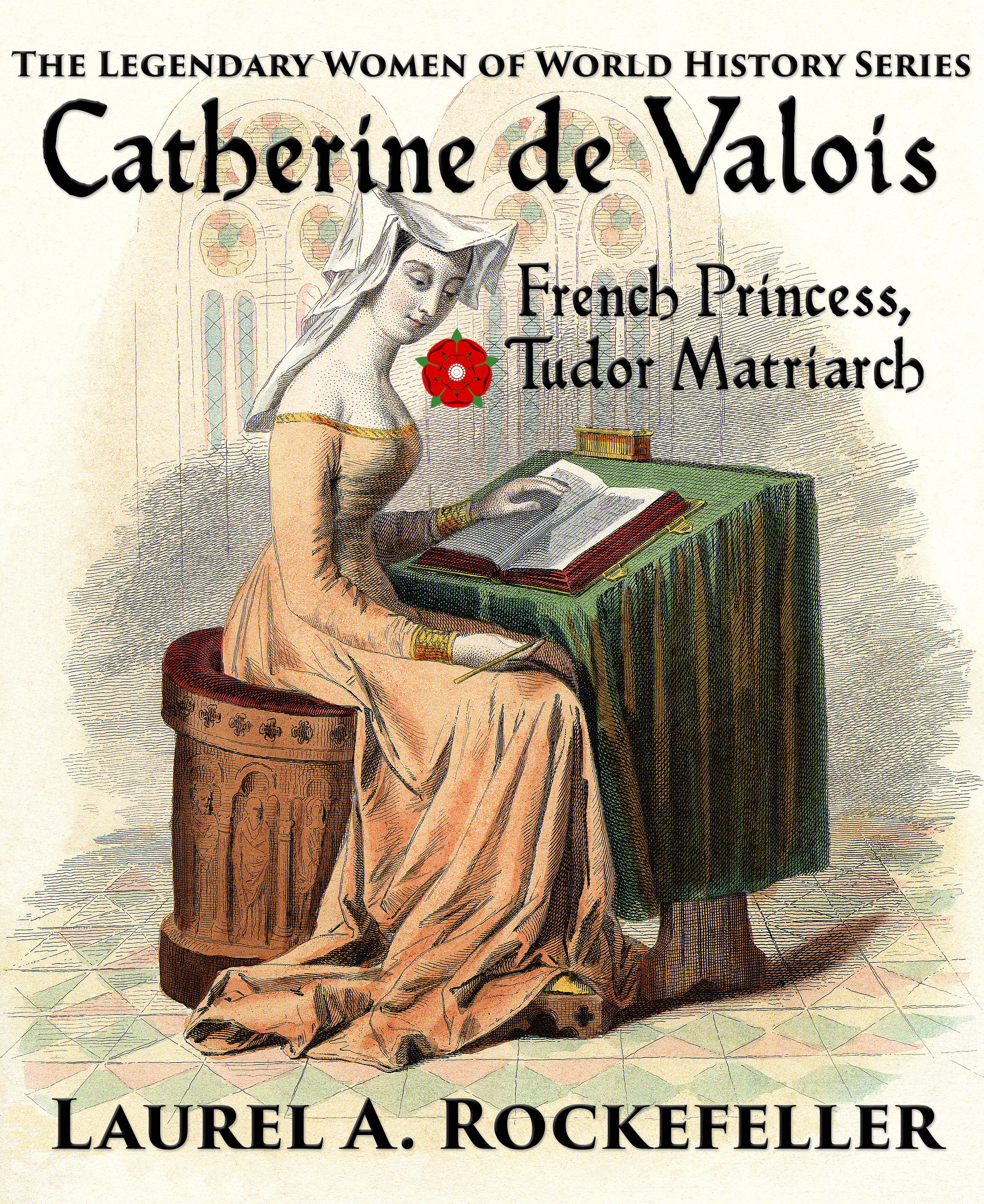 War made her queen of England. Her love for a Welshman made her immortal.

Best known as Henry V's Agincourt bride from Shakespeare's "Henry V," Catherine de Valois was an extraordinary woman of faith, courage, and conviction in an age of politically powerful women.

A younger daughter to King Charles VI of France terrorized by his mental illness, Princess Catherine survived the ravages of his schizophrenia, a civil war at home, and King Henry's war with France to become one of Renaissance England's most fascinating and courageous queens.

On Audible narrated by Richard Mann.


As Montjoie stepped aside to take his traditional place one pace behind the queen, King Henry emerged into the room, his eyes immediately fixing themselves on the beautiful Catherine in her embroidered cotehardie and fur-edged side-less surcoat, the royal fleur-de-lys glistening in gold thread on her gown.  For a moment, Henry found himself so moved by Catherine’s beauty that he could not speak.  Finally after two minutes, the king took a chivalrous bow, “Good ladies, we meet at last!”

Henry, normally so confident and proud stammered, “Y-y-you are more beautiful than I ever dreamed!  Truly a vision of all that flowers in France!”

“If you value the beauty of the flowers of France, perhaps you should not have killed so many along the way,” countered Catherine, her rage flaming from her eyes.

Chided, Henry turned to Queen Isabeau, “Your Majesty, you permit your daughter to speak to me like this?”

“Catherine speaks her mind. In that, she is quite her mother’s daughter – and a Bavarian,” smirked Isabeau proudly.  “That you slaughtered our people, we concede.  That we wish to end this war, we fully declare.  But do not think you can force the mind and heart of my daughter in any matter.  Though you may, through the brutality that brings us here together, compel a measure of outward obedience, if it is affection of the mind or heart you desire, it would serve you best to put aside all savage warrior ways and behave yourself like a gentleman.”