Christmas carols capture the spirit of Christmas like nothing else, and Carol of the Tales and Other Nightly Noels brings beloved carols to life like never before. 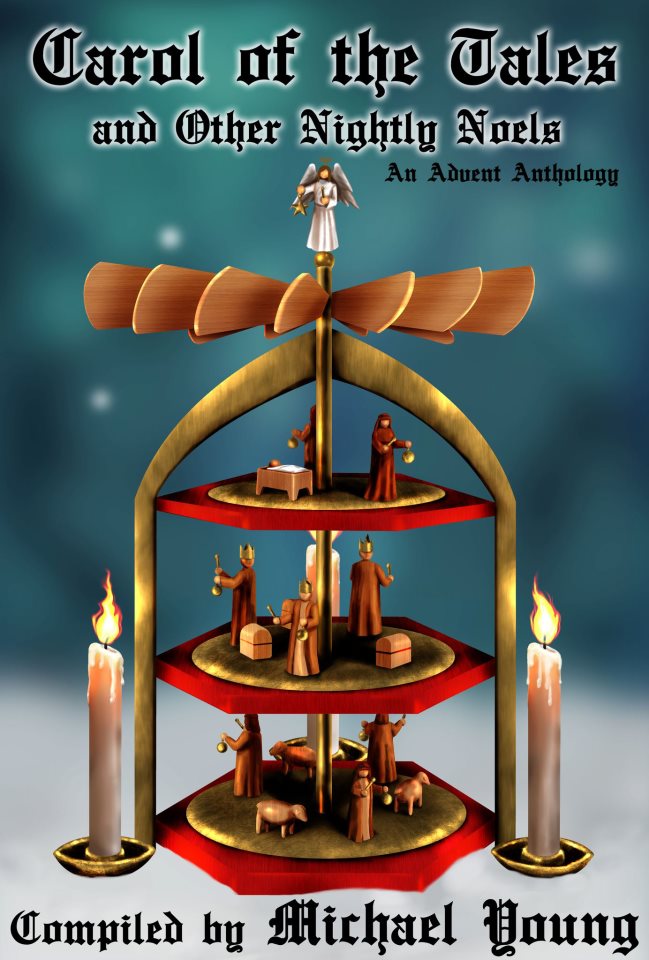 Christmas carols capture the spirit of Christmas like nothing else, and Carol of the Tales and Other Nightly Noels brings beloved carols to life like never before. Throw your cares away with the tales from sweet silver bells. Find out how Santa Claus dabbles in time travel, and feel the redemption of a dying wife's parting Christmas gift. Experience all this and more in these heartfelt, entertaining tales donated by a team of authors from across the country, teaming together for a good cause. The proceeds from the sale of this audiobook will be donated toward autism research and advocacy.


Sales have been brisk every holiday season and we've been able to donate a great bit to charity each year. Here's some more about the project:

Christmas songs or carols. As a lifelong musician, I especially love

I had the idea of creating such an anthology while participating

January of 2012 to make it into a reality. This anthology became Sing

We Now of Christmas: An Advent Anthology, and it was a wonderful

success in raising money for the National Down Syndrome Society.

Given the success of the first volume, I decided to compile a second

volume for a cause that affects my other son.

others. As such, everything about this anthology from the editing,

typesetting, and cover design to the actual writing was done out

of the goodness of the hearts of those involved. The anthology is set

each day in December leading up to Christmas. Some longer stories

has been split into multiple parts.

The stories were contributed by authors from across the

country, and all the proceeds of this anthology are to be given to

Autism Speaks in honor of my son, Jarem.

Jarem, our first child, has always been a kind and loving child,

years old. He didn’t learn to speak at the same level as his peers and

didn’t walk until a week before his second birthday. He did, however,

also exhibit many remarkable qualities, such as a memory and ability

to learn that baffled us constantly. Even at a young age, he could

hear a song a few times and repeat it in a clear, spot-on voice.

Despite his challenges, Jarem continues to amaze and

amuse all who know him. He has become a wonderful big brother to

Bryson, our second child who was born with Down Syndrome.

(The information in the following paragraphs is taken from the

“Autism Speaks was founded in February 2005 by Bob and Suzanne

Wright, grandparents of a child with autism. Their longtime

the organization. Since then, Autism Speaks has grown into the

to funding research into the causes, prevention, treatments and a

and advocating for the needs of individuals with autism and their

families. We are proud of what we’ve been able to accomplish and

look forward to continued successes in the years ahead.”

All of those who have contributed hope that you will enjoy

your favorite carols and an extra dose of the spirit of Christmas.


The tinkling of bells carried on the wind, and old Timothy Abbot looked up from his work. He narrowed his eyes, lifting them to the horizon. Had he merely imagined the sound? Those bells had not sounded in his town in so many years. Perhaps it was merely wishful thinking?

Timothy raised his tool, ready to continue scraping the bark from the log that would eventually find new life as a table leg. Before he could make the first stroke, the bells tinkled again, louder this time. He could not be imagining it.

His tools clattered to his workbench, and he rushed to the door. A third time, the bells sounded on the wind, and a smile broke across Timothy's face. He placed a hand over his rapidly beating heart, tell- ing himself that he should not allow himself to rejoice until he could be absolutely sure that she had returned.

Barely containing his inner optimist, Timothy ran down the path and up the hill toward the sound of the long-absent music. Snow flurries swirled around him, and his breath created a trail of steam as he quickened his pace. Reaching the top of the hill, he swept his eyes down the slope to see a lone figure, wrapped in red and green. The winter sun caught dozens of pinpricks of light attached to her clothing, confirming Timothy's suspicions.

He cupped his hands around his mouth and called her name.