During a secret NASA mission to locate their brothers on the faraway planet of Paradise, the Hero sisters become separated after they crash land...and find unexpected romance with the tormented alien male warriors of the species in this ultra-long scifi b 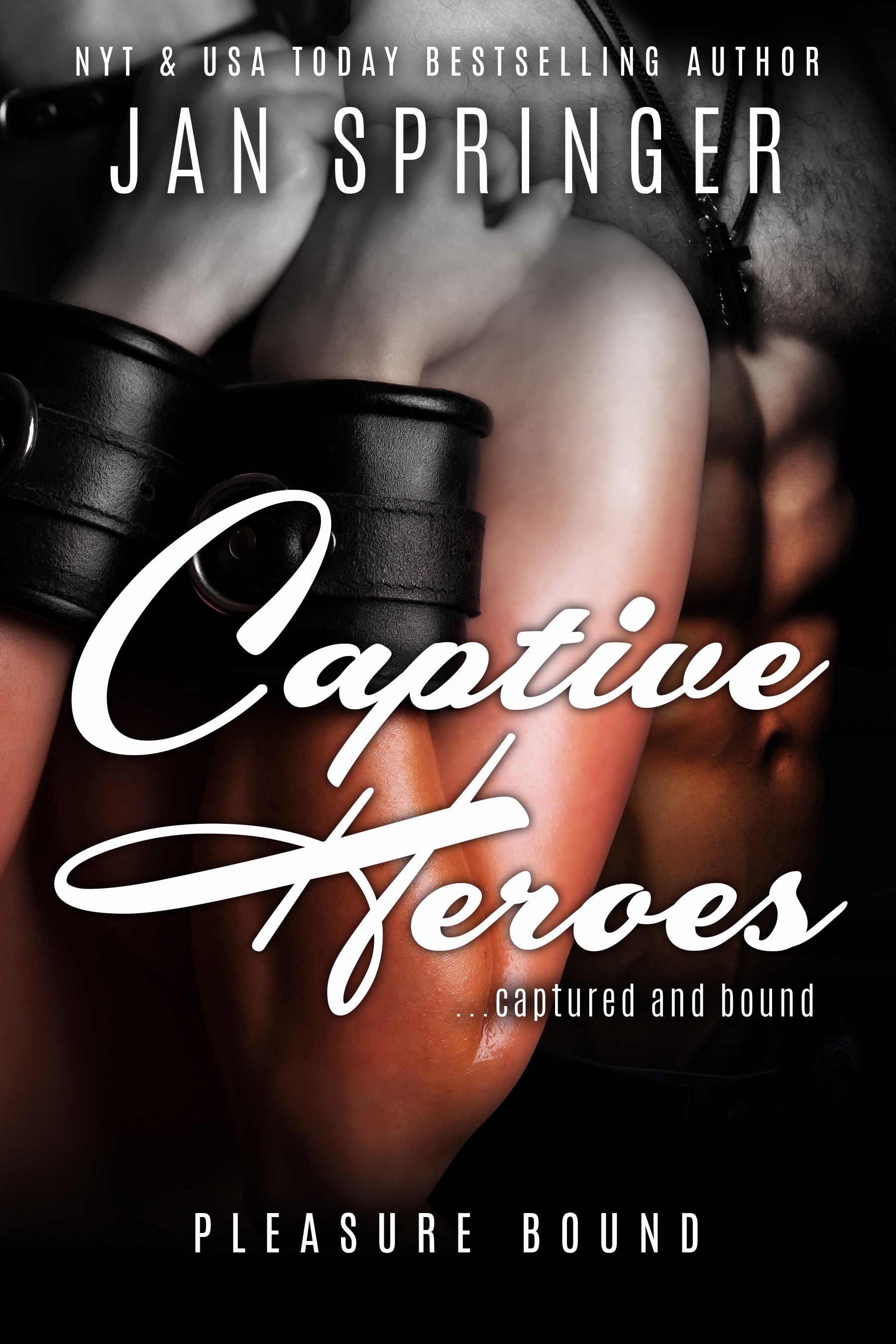 During a secret NASA mission to locate their brothers on the faraway planet of Paradise, the Hero sisters become separated after they crash land...and find unexpected romance with the tormented alien male warriors of the species in this ultra-long scifi book.

While searching for her brothers, Kayla Hero is bound and imprisoned by the Breeders— along with a male captive whose tantalizing scars pique her interest. Forced to escape with him, she’s irresistibly aroused when she suddenly becomes his captive.

Capturing his beautiful female prey, Blackie can’t wait to train her as a pleasure slave for the Death Valley Boys. When her captor slips a collar around her neck, Kinley must struggle with lust as a natural submissive.

Please note: Captive Heroes is Book 6 and the final book in the Pleasure Bound Series

Book One - A Hero's Welcome

Currently it enjoys good sales in total at various e-tailers.

With rights returned to the author Captive Heroes has been re-packaged into a boxed set (Pleasure Bound Boxed Set) and is once again enjoying sales. The series is also being sold as individual ebooks with plans to go into print soon.

The string of dire warnings shot like torpedoes through astronaut Kinley Hero’s layers of sleep. As she struggled to awaken from stasis, her gut hollowed out with nausea.

The ship was in trouble.

Trying to rouse herself had always been a bitch in the simulation sessions. God help her, this time was no different. The fatigue that accompanied awakening made it hard to keep her thoughts straight, yet she managed to open her eyes and stare into the saucer-shaped room she hadn’t seen for what should be—if the clock blinking on the far wall indicated correctly—about a year now.

The small starship she and her two sisters were traveling in had been designed with the sleeping quarters smack in the middle of the saucer. All around her, computers hummed with activity. Various lights of red and amber frantically blinked, spewing visual distress signals and echoing alerts. From what she could piece together in her foggy brain, the starship was falling apart—quite literally.

Beyond the protective clear barrier of her sleep cocoon, the curling gray smoke dissipated for a few seconds. Kinley swore beneath her breath at the hairline fissures that had appeared in the titanium framework. Fractures that—if not taken care of immediately—would lead to their demise.

In one solid jolt of awareness, she punched the emergency button beside her head. The secure hatch slid open and immediately acrid smoke sank into her lungs, making her gag. Grabbing the oxygen mask that suddenly dropped before her face, she took a few deep, steadying breaths.