Bound By The Christmastide Moon by Christina McKnight

Silas Anson, Earl of Lichfield is moored in the mistakes of the past—good thing he’s marrying Lady Mallory Hughes, who sees the future. 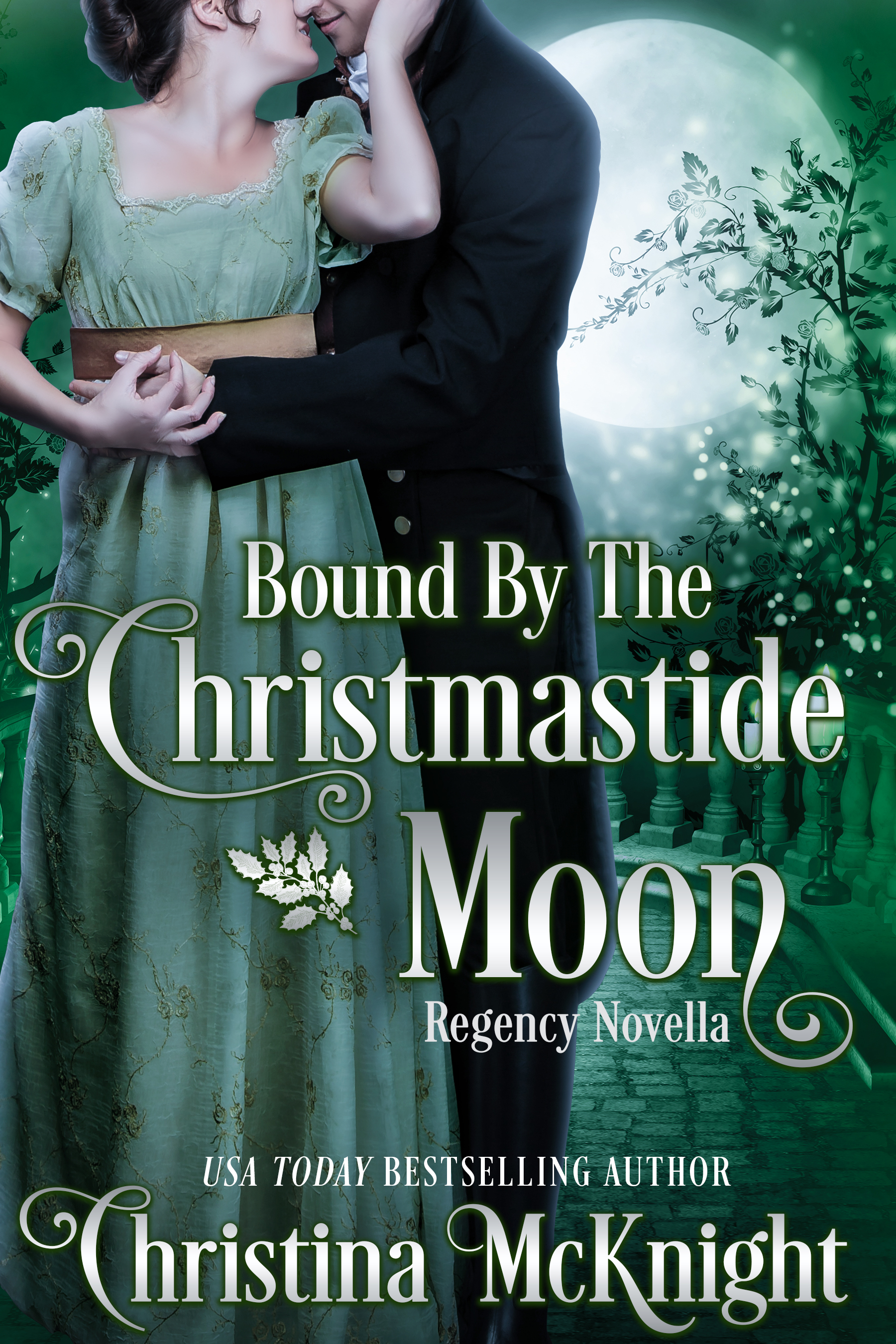 A MAN TRYING TO ESCAPE FROM THE PAST…

When Silas Anson inherits the earldom of Lichfield from a father he never knew, he has one goal: protect his siblings. To do so, he’ll need to do two things: replenish the estate’s depleted coffers, and gain the support of his powerful family—even though they betrayed his mother years ago. An arranged marriage with the daughter of the Marquess of Blandford will accomplish both of these objectives, while giving him a chance at a normal, happy life.

NEEDS A WOMAN WHO CAN SEE THE FUTURE.

Except Lady Mallory Hughes isn’t the normal debutante he expects. Along with a large dowry, she’s inherited her family’s gift for predicting the future. For years, her family has kept her hidden away from society, for fear she will bring the family shame. If she is ever to have a chance at an independent existence—and love—she must get through this week without alerting Silas about her visions. But when Mallory touches Silas, she sees his death.

With Silas’s life on the line, how can Mallory save him without revealing her gift, and risking their chance at a future together?

SILAS ANSON, THE eighth Earl of Lichfield, glared across the vast, disorderly expanse of what he’d recently come to view as his desk, not the unfamiliar, cluttered stretch of flat surface that had once belonged to his father.

A man he barely remembered and could not conjure in his mind.

On the receiving end of Silas’s scowl was none other than Mr. Horace Peabody, Esquire.

The solicitor had also come with the Lichfield title and estate.

Though Silas silently debated which was of lesser value to him: his non-existent heritance or his father’s trusted advisor.

“You are telling me—“ Silas clamped his mouth shut, pondering and discarding his next statement as overly crass and unwarranted, no matter the validity of it. “You are telling me I was summoned back to England, ripped from my home in France, to inherit a title and estate so entrenched in debt that ruination can only be staved off for a month’s time?”

Mr. Peabody, who surprisingly in no way resembled a pea of any sort, stared mutely at Silas from behind his rounded spectacles, his hands clenched on the stack of folders in his lap. Did the man realize how cliché he appeared? Glasses, ink-stained fingers, nerves so frazzled he shook, and the piles of paperwork. Lord above, the man had arrived with an entire forest’s worth of the stuff. One could only imagine the mines exploited to collect the graphite needed to scribble all the nonsense that’d been presented to Silas.