Everything that you have read about Bigfoot is a lie, and he would be the first one to tell you. 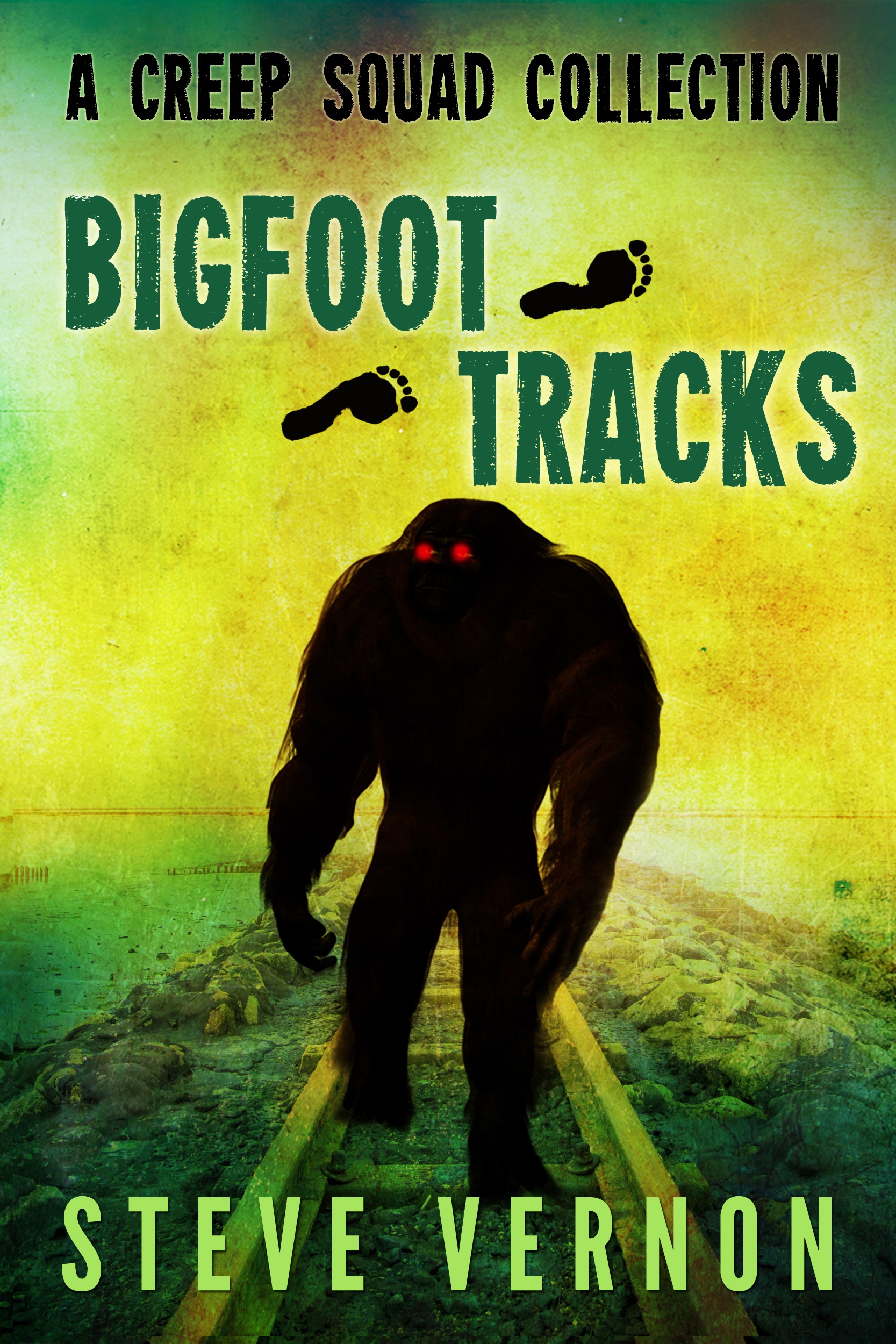 Everything that you have read about Bigfoot is a lie.

Everything that you have HEARD about Bigfoot is the truth!

Enjoy three stories from the files of The Creep Squad - that pack of cryptids, legends, and nondescript rumors who fight crime and misjustice anywhere that you aren't looking.

What if ALL the stories were true?

What if Bigfoot really did exist? What if he depended upon people's belief in him for his very existence?

What if he needed a job and the only he was suited for was keeping the other legends in their place?

What if he joined the Creep Squad?

WHAT PEOPLE ARE SAYING ABOUT STEVE VERNON

"The genre needs new blood and Steve Vernon is quite a transfusion." –Edward Lee, author of FLESH GOTHIC and CITY INFERNAL


All four and five star reviews.

Nothing reeks worse than a sopping wet Sasquatch.

It was mid-November and the sky looked dark enough to hold a grudge against the dirt for a very long time. It had rained down sleet all morning long and I was sogged straight through to the bone. The wind was blowing in hard from the Rockies and I was not happy at all to be standing here in the Eagle Pass, staring at a large shed-encased mural by the side of the Canadian Pacific Railway at a point in the landscape that men called Craigellachie.

I don’t really know who painted the mural but there was a good strength showing in his brushstroke. He had made a sound choice in his colors, as well. The hopeful blue skyline blended nicely with the heavy umber figures. The shed that covered the mural was about nine feet high and it was almost tall enough for me to stand beneath.

There was a story in the mural and stories were something that I understood. You see, that is what I am. I was a living story – something that people told around lonely smoking campfires. I was a Sasquatch – a nine foot tall shag carpet with a serious-bad attitude. I was a legend and a rural myth and a totally unsubstantiated rumor. Like I said, just a story – only stories, if told well and often enough, in time grow a life of their own.