So what happens when Bigfoot, the Trickster Coyote, the ghost of Sam Steele and the long-lost spirit of The Prophet, brother to the mighty Tecumseh and reincarnated in the form of a giant pink flying Winnebago go toe-to-toe with dark supernatural forces i 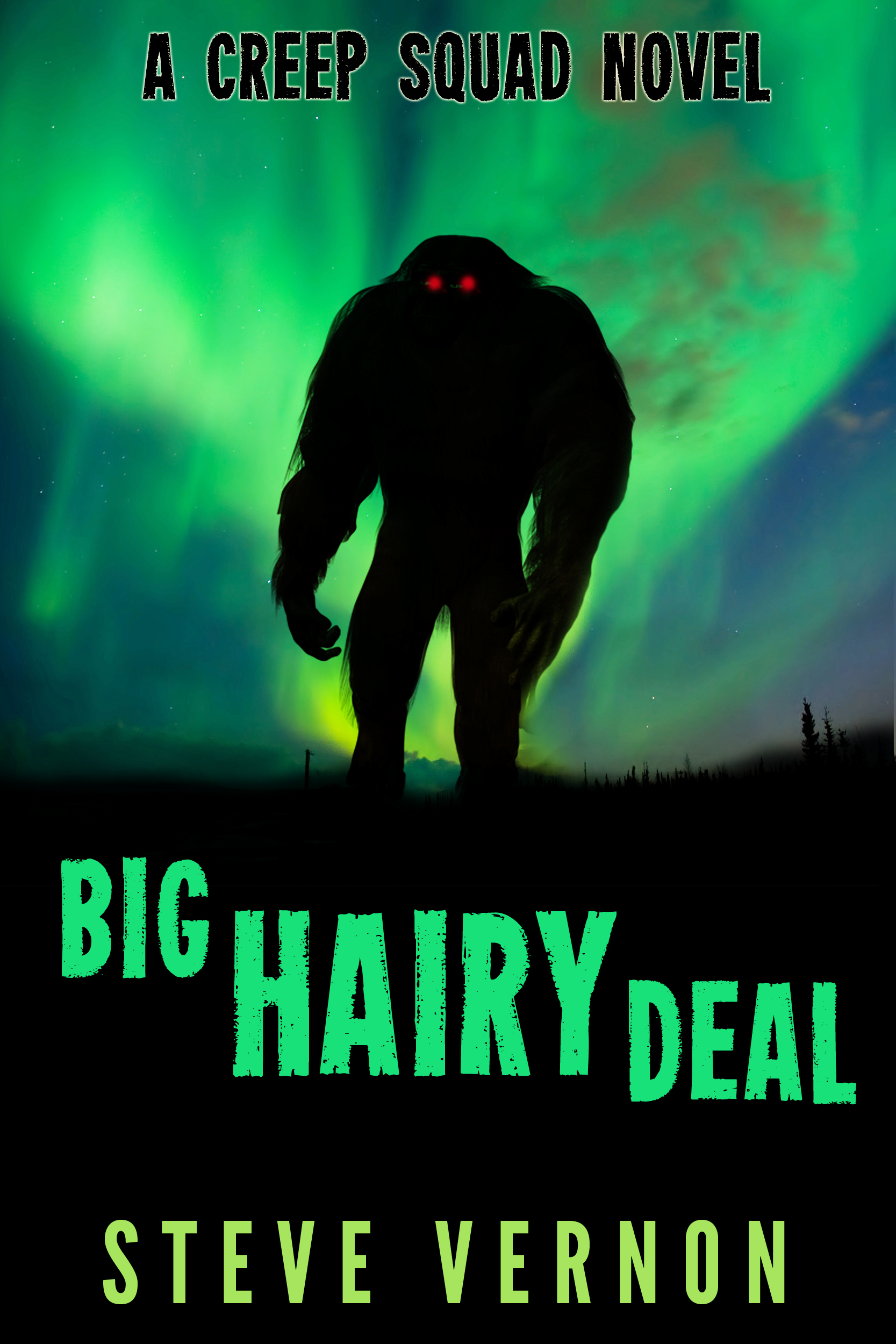 So what happens when Bigfoot, the Trickster Coyote, the ghost of Sam Steele and the long-lost spirit of The Prophet, brother to the mighty Tecumseh and reincarnated in the form of a giant pink flying Winnebago go toe-to-toe with dark supernatural forces in a cross-Canada battle ranging from Cape Breton to Labrador to Thunder Bay?
I'm not saying that it is going to be pretty...


WHAT PEOPLE ARE SAYING ABOUT STEVE VERNON


Chapter One – The Bear, the Bigfoot and Me

Let me tell you a story that is almost true and completely factual – except for the parts that REALLY count and them I mostly made up.

My name is Adam and I happen to have three Dads.

One of them is dead.

One of them isn’t dead – but he isn’t exactly alive, either.

And the third one is mostly mythical.

Just let me tell it to you.

One moment I was standing in the Cape Breton Highlands – and why in the heck did they call them highlands, anyways? I mean, they don’t look all that high to me. Everywhere I look all I see are rocks and trees and rolling terrain and it seemed more of a humpy kind of a hill country rather than any sort of a highland.

I ought to know.

My Dad – my REAL Dad – has seen the Rocky Mountains and the Himalayas and from all of the stories that he hadn’t had the time to tell me about all of those REAL mountains but my Mom told me anyways – I figure that those mountains my Dad saw were a heck of a lot “higher” than Cape Breton could ever dream of.

“This is Cape Breton Bigfoot country, Adam,” Warren told me. “So you had better keep your eyes wide open.”