Beating The System by Jerry Bader

The True Story of a Horse Racing Legend 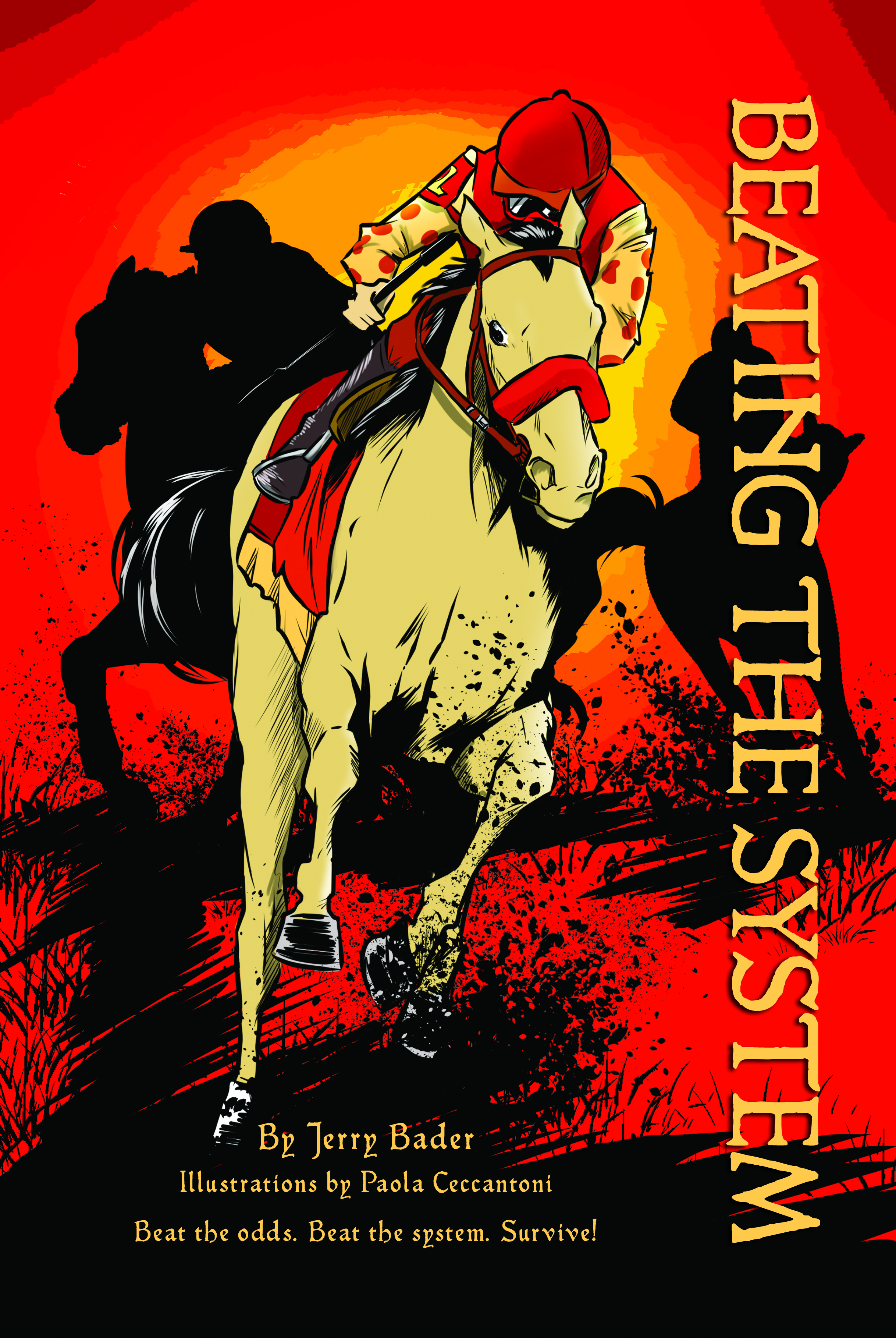 This is my life. My name and the names of the people and places have been changed for obvious reasons, but the incidents and experiences described all happened. This is real life, not a phony Hollywood version that demands things be packaged in a neat familiar framework with no loose ends. My life is full of loose ends, and many of them are still walking around.

To understand my story you have to understand the underlying principles that formed my personality, and guided me through a dangerous underground existence that reeked of corruption, greed, and danger. As a Jew whose parents survived the Nazi concentration camps I learned life is fragile, and survival arbitrary. As a jockey I developed an approach to life of living in the moment, of pushing the envelope, of reacting first, because not reacting can cost you the race, or maybe your life.

Jockeys are modern day serfs that travel the country picking up rides where possible, for the most part earning scraps, guaranteed to be seriously injured. Did I bend the rules? Yes. Did I break many of them; most certainly, because that’s the way the game is played. Horse racing is a microcosm of society where the rich get richer, and the rest of us do what needs to be done to survive. Don’t fall for that nonsense that everybody can be President or Prime Minister, that anybody can be the next Steve Jobs or Warren Buffet. To be blunt, that’s horseshit.

I did what I had to do to survive, and I make no apologies for it. I knew wise guys, even my best friend was one, but I was wise enough to know, that’s a dead end, especially for an outsider. And I knew I would always be an outsider, a Jew, a jockey, and a fixer. So this is my story, it’s not a journey wrapped in a nice neat package, it’s life as it really is, raw, crude, and dangerous. This is my life; it’s how I lived it; I hope you enjoy it, and maybe even get a few laughs out of it.


Beating The System is the follow-up to The Fixer which has been consistently in the top 10% on Amazon in several different categories and has recently been in the top 2% ranking as high as number 15.

Former jockey Ronny Kleinberg isn't looking for absolution, but he wants to tell his story the way he sees it. That account, in "Beating The System," might be characterized as an episodic existential memoir,  stories and commentary revealing a tough kid's attempts to control his journey atop the rushing beast of a life seen as a dangerous and corrupting competition, both literally and figuratively.

Ronny presents himself as an opportunistic outsider, by turns as crassly self-interested and sympathetic, as elite athlete and seedy small-time gambler, as both unsentimental observer and unscrupulous participant, all too aware of the underlying corruption of the "sport of kings." However, his cynicism about thoroughbred racing doesn't dampen a lifetime's enthusiasm for its attractions as a venue for gambling, and in the end he even offers readers some betting advice.

The cover's contrast of light and dark horsemen galloping in different directions symbolizes the moral duality revealed in "Beating The System" through both character development and narrative. Ronny would scoff at that description, of course, and might view this tale simply as an unapologetic account of a life spent in the lower pastures of the ethically-compromised horse-racing industry. Or, as Ronny might say, "it is ... what it is." -- F. Laneur


Be Careful Who You Screw

Joey Pines kneels on the bathroom floor of the Juanita Bar on the outskirts of Detroit. Pee is trickling down Pines’ soiled jeans pooling on the floor around his knees. Blood runs down his face from where Ronny introduced his nose to the Mexican’s Smith and Wesson. The guy is scared, scared to death, scared because in the next few seconds a decision had to be made. Does Joey Pines end his days on the bathroom floor of Juanita’s third-rate bar, or does he live another day so he can screw somebody else? Whatever happens, he’s never going to screw Ronny again.

It all started three days earlier when Ronny fixed the fifth race at Motor City Downs. Fellow jockey, Angel Morales, came to him with a deal. Juan Carlos Perez, a local drug dealer wanted to expand his operation. He was already supplying jockeys with various illegal pharmaceuticals for weight loss and entertainment purposes, so why not expand into the gambling business. Perez supplied the money, and Morales supplied Ronny. It was an arrangement made in hell.

The fifth race at Motor City Downs seemed like the perfect initial foray for Perez. All the jockeys in the race were paid their five hundred bucks and given the order of finish for the first three horses. Other than the first three places, jockeys could do what they wanted but those first three horses had to finish in the correct order for Morales, Perez, and Ronny to collect on the trifecta. This wasn’t rocket science.

Everyone was on board but Ronny had his doubts about Pines, who was a known shithead and drug addict. Someone had seen Pines slip the valet what looked like cash, probably for a bet. If Pines was betting on the race, was he betting the trifecta, or was he betting on himself? Nobody knew for sure. Before the race Ronny warns him.