An Australian Story - by Gordon Smith

The saga of An Australian Family over 2 Centuries 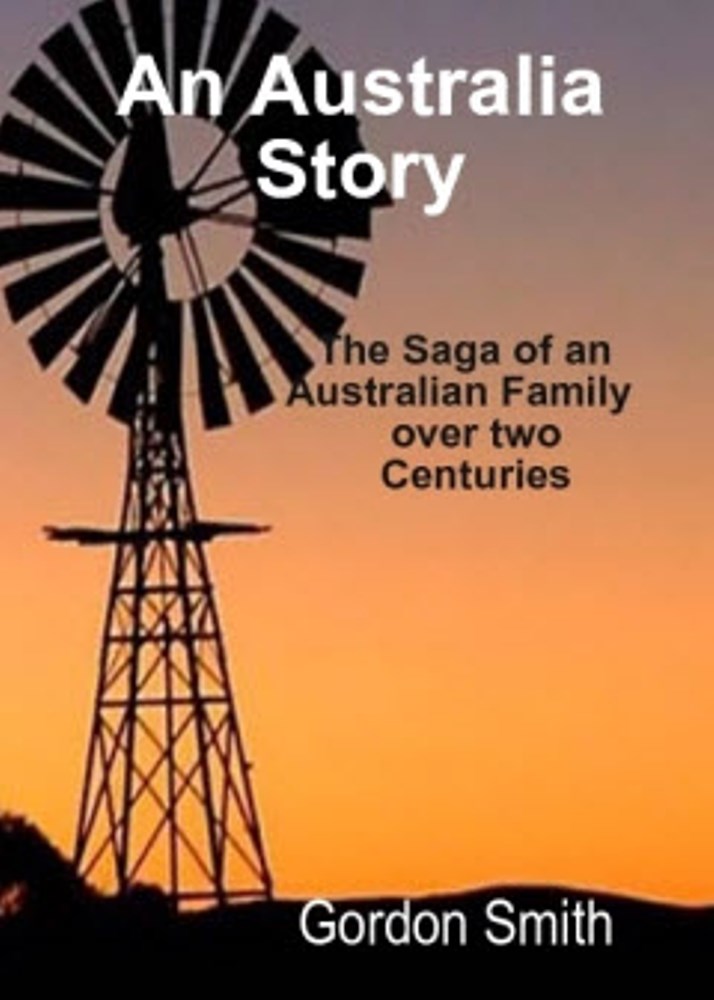 This is the story of one Australian family whose history beginning in 1808 and up to 1998.

Their heritage, along with that of the world they lived in, made them remarkable people.

Although this story is based on real people and events fiction needs to be included to “fill in the gaps” not recorded.

As indeed many names have been changed and other events needed to be deleted in respect for living family members.

This is a story of the history of Australia as it affected the family through the generation. It is a story that commemorates the supreme sacrifices during war and hardship while at the same time giving pride at the achievements of her family and her country.

I am extremely proud to present to the reader “An Australian Story.”


William Charker was born at Winchester, Hampshire, England on 16th of December, 1774. The fourteenth child of a family of fifteen, his father, Edward Charker, a Tallow Chandler and his mother Elizabeth (nee Barr). The Charkers were wealthy traders and yeoman farmers and so William well educated and independent. Yet on the 7th of December, 1800 he inexplicably became involved (with an accomplice) in a substantial burglary at the dwelling house of Thomas Evans at St Mary Lambeth stealing goods to the value of £33.6.0.

The two were arrested and tried on 25th of March, 1801 at the Surrey Assizes. Each sentenced to only seven years even though their crime being a capital offence. At his trial, his name given as William Charker, alias William Chalker, was is the first known use of the alias which became  his usual name in Australia, except on Legal Documents and Government Correspondence where he always used Charker.

William had known a little about New South Wales. He had said to Thomas “my knowledge amounted to little more than that after being discovered by the explorer James Cook in 1770,” New South Wales had become an alternate for transportation destination of convicts as the Americans were no longer willing to have convicts dumped there after their  War of Independence in in1776.