Amateur Night by V. A. Gyna

Sally and her undersized half-brother Hermie are strange people. Every weekend they venture forth from Piggott Arkansas to small towns in one of the three adjacent states. 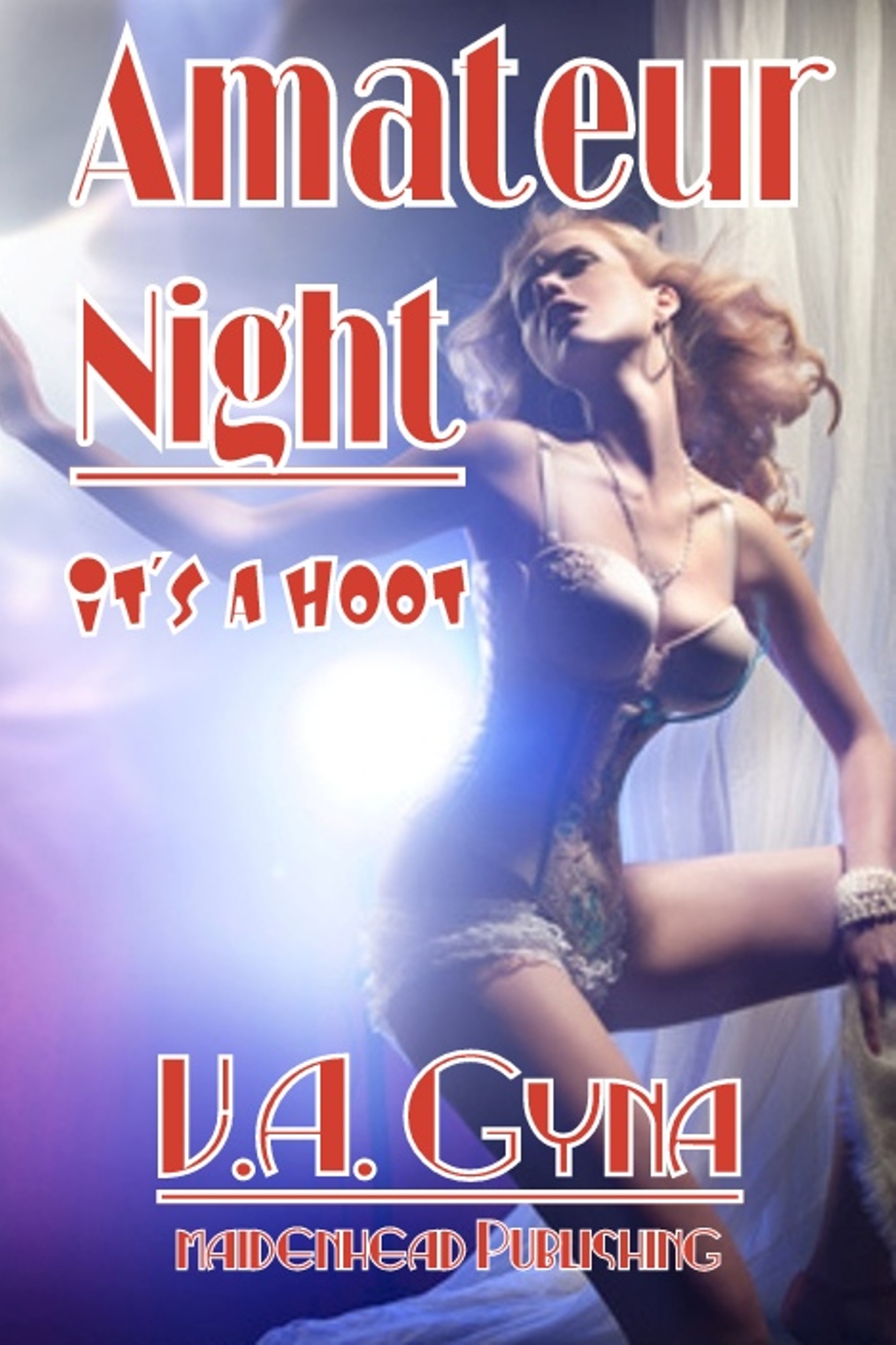 Sally and her undersized half-brother Hermie are strange people. Every weekend they venture forth from Piggott Arkansas to small towns in one of the three adjacent states. When they arrive, they rent a motel room from which they fan out to the local saloons.

In Amateur Night Sally and Hermie are off to another nearby town on one of their weekly treks. You won't believe the mischief they cause on Amateur Night.


Nick pulled his pants up and buckled his belt. "You were sensational, babe, but that was too short."

Sally pulled her pink dress over her head and straightened herself out. "You were great, too. We ought to go again when we’re not rushed for time."

His brows rose. "How about next week after the finals?"

He opened the door. "Shall we?" They left and Nick led her to the dressing room. "It’s just a formality, but you have to get into your tiny outfit so you can go on stage and take it all off. At least you’ll be able to augment your prize money with a hundred or so from the gash hounds" He chuckled and reached a hand between her legs. "And baby, your gash is prime stuff."

She waltzed into the dressing room and felt cold currents as eight eyes fell upon her.

"Who the f-f-fuck are you?" A tough looking brunette challenged, spittle flying out of her mouth when she said fuck. She had a good bod, but with a half-dozen or so tattoos, she had biker written all over her.

Sally retorted, "Who the fuck are you?"

She, above all others, glared at her. "I’m a finalist."

Sally was flying high and wasn’t about to take crap from anyone. "What a coincidence. So am I"

Biker girl snarled and edged up to her. "No, you’re not, the four of us were on stage together."

"I was in the ladies room."

She inched closer, face in her face, her large breasts rubbing Sally’s even larger breasts. She was two inches shorter than Sally, but probably had fifteen pounds on her.

"Back off before you get hurt."

"I’m not backing off until you leave. You’re no finalist. Fuck you!"