She wants a baby; her best friend needs a wife...match made in heaven...or hell? 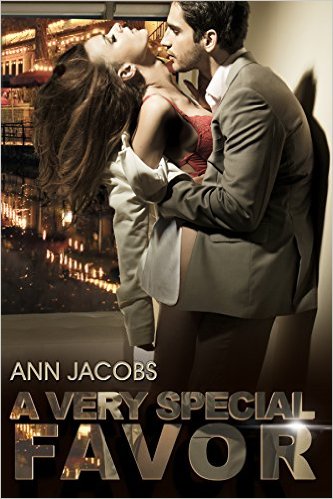 A single father who needs a wife to keep custody of his son and a woman he’s never thought of as anything but his best friend. Maybe she’s the solution he’s looking for. Or maybe that very special favor will change everything. Forever.


Originally published as A MUTUAL FAVOR in 2003, the book has sold over 20,000 copies, digital and print editions combined. The current edition has been modified and tied in to my ongoing San Antonio Connection series as the second title in the series.


Hearing from his lawyer about his ex-wife’s latest legal salvo topped off what had already been one hell of a day, between having one patient suffer an apparent heart attack while undergoing surgery and discovering that another required complicated reconstructive surgery when she’d been booked for a simple knee arthroscopy. Kurt Silverman went in his office and shed the lab coat he’d thrown on over wrinkled OR scrubs after his last case. This was the first time since six o’clock this morning that he’d had time to catch his breath. Closing his eyes, he laid his head against the back of his desk chair and tried to clear his mind.

“Hey, Silverman, I thought the office closed at five. Couldn’t you sleep better if you went on home?” Kurt opened one eye at the familiar lilt of Shelly Ware’s voice.

"Not much. I just finished Brad Gale’s therapy. He has trouble getting here during regular hours.”

Kurt recalled a fiftyish former NFL player, now financial analyst whose knee he’d repaired two months ago. “It’s nice of you to stay late so he doesn’t miss his rehab.”

“I try to accommodate him whenever I can. His boss isn’t very flexible about his working hours. I saw your light on and decided to come say hello on my way out.” She paused and gave him a thorough once-over. “What’s wrong with you? You look as though you just lost your best friend.”

“Want to unload some of them?”

Kurt shrugged, then grimaced at the pain that followed that abrupt movement. “If you’ve got time, I think a rubdown would do me more good than dumping my troubles on my favorite physical therapist.”