A Trace of Smoke by Rebecca Cantrell

In this award-winning novel, a crime journalist searches the cabarets and back streets of Berlin for her brother's killer. 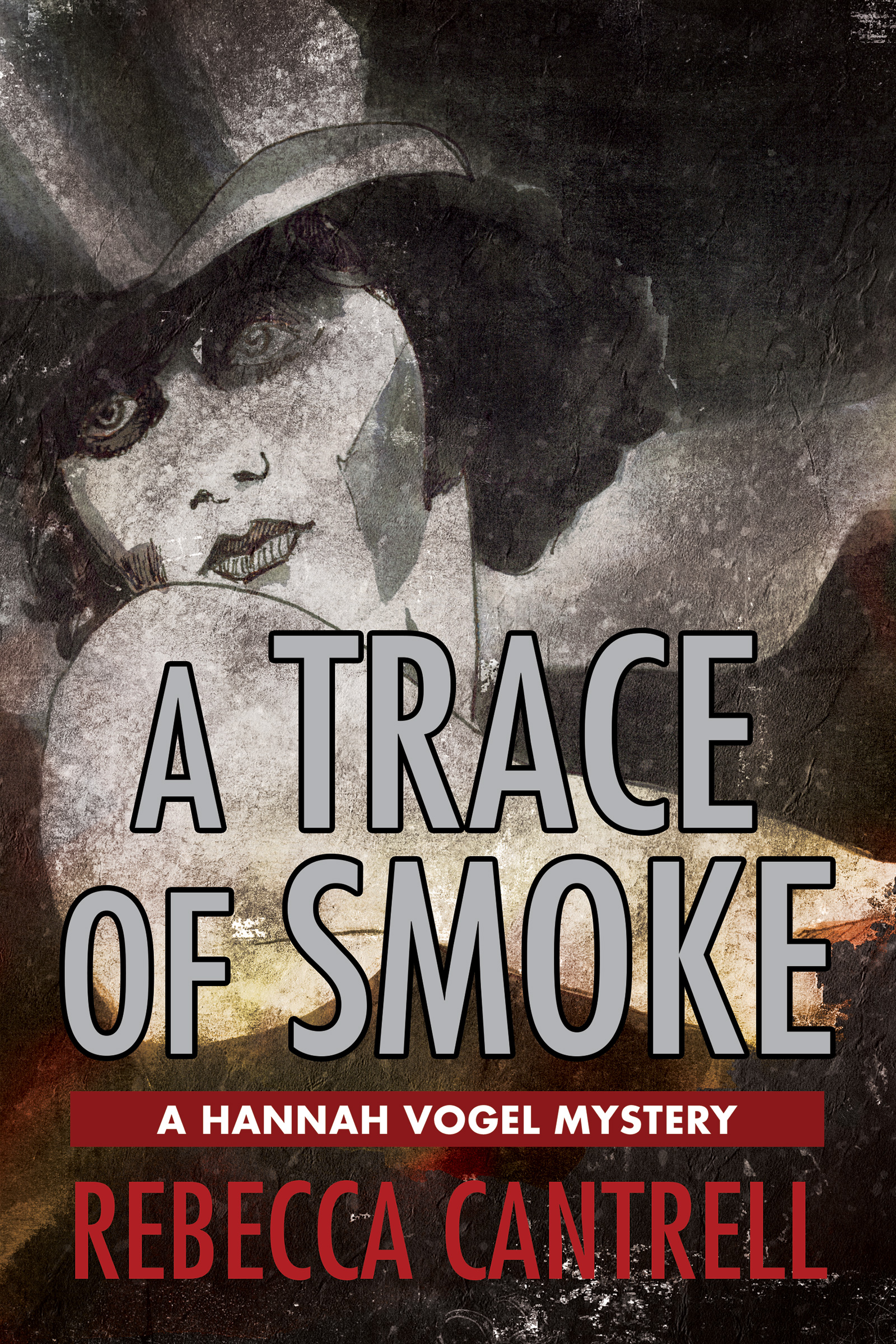 The year that Germany was lost to the Nazis. Storm Troopers and Communists fight in the streets. Wealthy Jews and intellectuals think of fleeing. Desperate sexual and social outcasts cram Berlin’s famous nightclubs to wring out one last dance.

Hannah Vogel lives alone and works as a crime reporter.

On a routine assignment, she sees a picture of her brother’s body in the Hall of the Unnamed Dead. But since she loaned their identity papers to escaping Jewish friends, she cannot identify him and demand an investigation.

So she tracks the killer herself.

“Bold narrator and chilling historical setting...an unusually vivid context, [lets] Hannah report on the decadence of her world without losing her life –or her mind.”—The New York Times Book Review

“A gritty realistic portrayal of 1930s Berlin…keeping the suspense high, Cantrell does an excellent job of projecting the fear of the time through her characters. Strongly recommended.”—Library Journal (starred)

“Cantrell nails both the ‘life is a cabaret’ atmosphere and the desperation floating inside the champagne bubbles… a promising debut.”--Booklist

“Set in 1931 Berlin, Cantrell’s scrupulously researched debut tolls a somber dirge for Weimar Germany in its last days…this unforgettable novel, which can be as painful to read as the history it foreshadows, builds to an appropriately bittersweet ending.”--Publishers Weekly (starred review)

“A compelling and human story that captures brilliantly the atmosphere of Berlin during the rise of the Nazis.”—Anne Perry, New York Times bestselling author of We Shall Not Sleep

"Evocative and hauntingly crafted, Rebecca Cantrell's debut mystery A Trace of Smoke is a treasure of suspense, romance, and murder. Her ability to spin history into a visceral reality is done with the artistry of a master storyteller. Truly a stunning start to a long career."--James Rollins, New York Times bestseller of The Judas Strain

"Make room on your bookshelf for a talented new novelist named Rebecca Cantrell. In A Trace of Smoke, she delivers a historical mystery that works on every level. It's a riveting page-turner. It's an insightful study of a young woman in peril. It's a unerringly accurate vision of a society slipping steadily toward madness. And it's written with a sense of clarity, pace, and attention to detail that tells you this author is going to be writing terrific stories for a long time. So don't miss her debut."--William Martin, New York Times bestselling author of Back Bay and The Lost Constitution

“Step into the fun house world of 1931 Berlin where no one and nothing is what it seems…. A Trace of Smoke is compulsive reading with all the juiciness of the tawdry world of Cabaret but told with keen insight to the historical criminality taking place.”--Sara Colleton, executive producer of Dexter and The Painted Veil


I have sold several thousand copies of this novel in hardcover, paperback, and ebook format.


Echoes of my footfalls faded into the damp air of the Hall of the Unnamed Dead as I paused to stare at the framed photograph of a man.  He was laid out against a riverbank, dark slime wrapped around his sculpted arms and legs.  Even through the paleness and rigidity of death, his face was beautiful.  A small, dark mole graced the left side of his cleft chin.  His dark eyebrows arched across his forehead like bird wings, and his long hair, dark now with water, streamed out behind him.

Watery morning light from high windows illuminated the neat grid of black-and-white photographs lining the walls of the Alexanderplatz police station.  One hundred frames displayed the faces and postures of Berlin’s most recent unclaimed dead.  Every Monday the police changed out the oldest photographs to make room for the latest editions of those who carried no identification, as was too often the case in Berlin since the Great War.

My eyes darted to the words under the photograph that had called to me.  Fished from the water by a sightseeing boat the morning of  Saturday, May 30, 1931—the day before yesterday.  Apparent cause of death: stab wound to the heart.  Under distinguishing characteristics they listed a heart-shaped tattoo on his lower back that said “Father.”  No identification present.

I needed none.  I knew the face as well as my own, or my sister Ursula’s, with our square jaws and cleft chins. I wore my dark blond hair cut short into a bob, but he wore his long, like our mother, like any woman of a certain age, although he was neither a woman nor of a certain age.  He was my baby brother, Ernst.