A Nebula in the Milkyway by Lathish Shankar

A Science Fiction story based on Time Travel 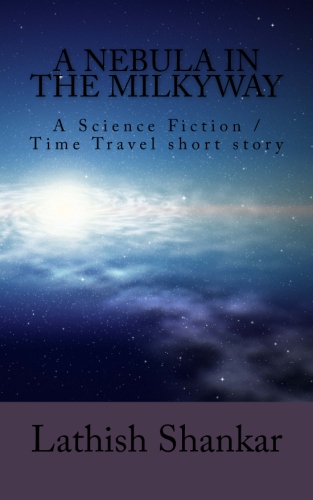 Amelia, a college girl, is receptive to Paranormal events. She once wrote an article for her college magazine where she states that sometimes she hear voices from the future. Stephen, the professor of Physics reads the article and discusses this with his wife Isabella. Isabella says Amelia is her patient, who is suffering from blood phobia. This was the reason why she skips Zoology lab and dissection class. She was admitted in her hospital after she fainted in the cafeteria, while having ice-cream with her friends Rosemary, Merlin, Prince, and Neil. Stephen painfully realizes he knew Amelia, years ago, and he was the sole reason and cause for her mental illness.Feeling terribly guilty of his past, he approaches his friend Zachariah John, a scientist. Zachariah lives with his only daughter Zarina. Zachariah helps Stephen to travel back in time and correct his mistake he committed unknowingly. Stephen goes to the past in the time-machine, changes his past, and then returns to the future. Was he able to solve everything? How has the future changed once he altered his timeline? Did he ever wish the future to happen that way? Read to know more of this amazing time-travel scientific fiction story. Genre: SCIENCE / Physics / Relativity

Sample text:
Amelia screamed with fear. She woke up and sat on the bed. Rosemary and Merlin woke up. Amelia’s heart raced, and she couldn't breath. She pointed her hands toward a nebulous shape in the darkness. Rosemary and Merlin feared something bad might have happened to her. The wall-clock showed the time half past one. Merlin descended the stairs, rushed to the house mother's room, and phoned Amelia’s mother. She informed her about the incident. Unbeknownst to them, there were two twinkling stars in the direction that Amelia pointed―one was very bright and the other one was dim.