A Knight In Tarnished Armor by Jill Barnett 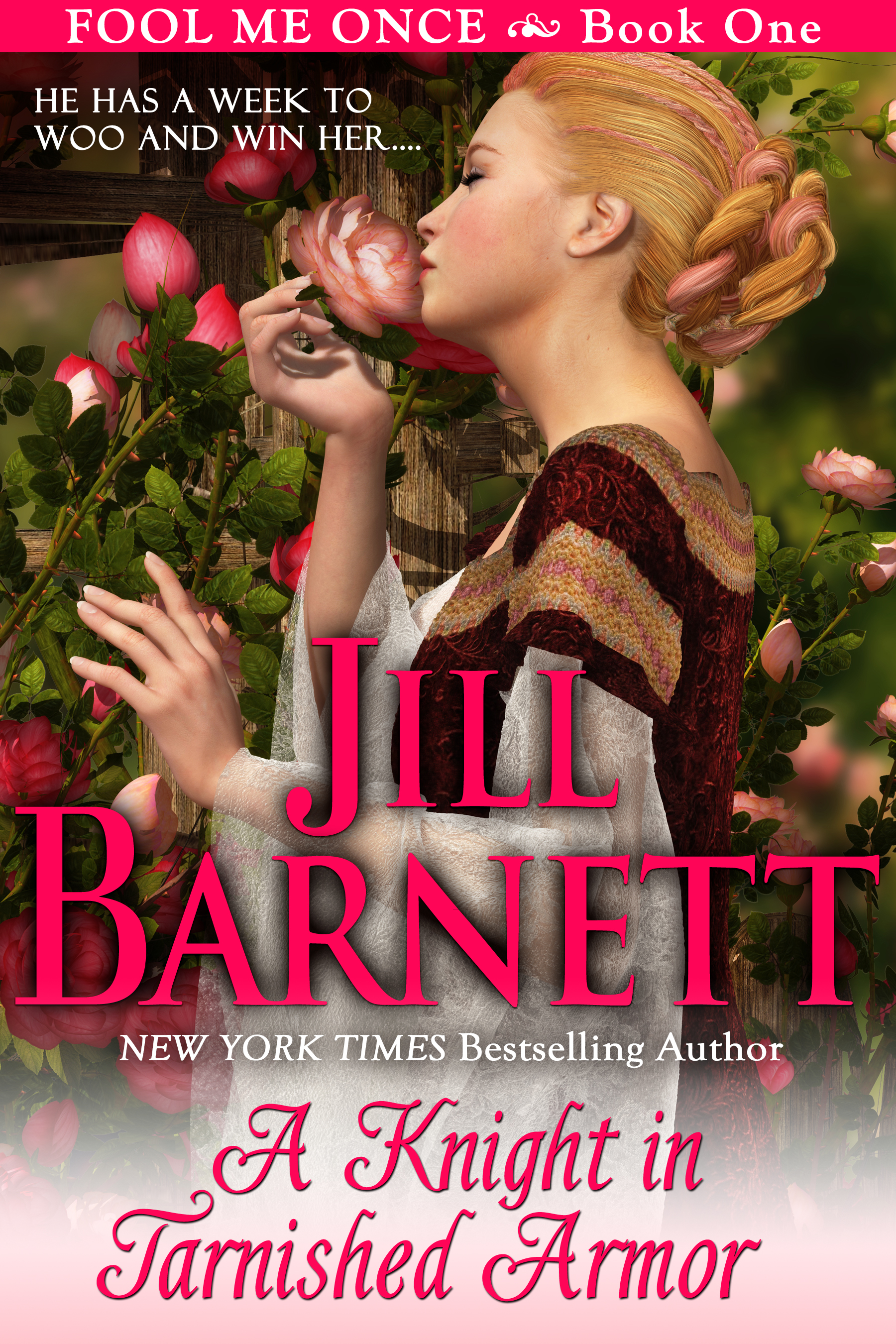 From New York Times bestselling author Jill Barnett comes a charming tale of a fair English maiden and the brave knight who falls for her. Desperate to flee a forced marriage to England's most fearsome knight, Lady Linnet of Ardenwood hires the dangerous mercenary, William de Ros to help her escape to a convent. Unbeknowst to her, deRos is in truth the new Baron Warbrooke, who by agreement with Linnet's protective grandfather, has only a single week to woo and win her. For readers of Julie Garwood and Jude Deveraux.


As plans went, this looked to have all the makings of a poor one.  Lady Linnet pulled the hood of her dark mantle for­ward and glanced around the dim tavern. It was loud and smelly, almost unbearably stuffy, made so by the downdraft of a blazing fire in a sooty stone hearth, and what appeared to be a veritable sea of medieval man­hood raising tankards of dark yeasty ale.

For strength she took a deep breath, blanched at the stink, then stepped into the lantern light, slowly and pur­posefully moving toward a large table in the corner. Hearty male laughter grew louder for only a brief in­stant before the crowd began to part in front of her, slowly, man by man.

William de Ros sat sprawled in a chair, his long legs outstretched, his worn leather boots crossed at the ankle and propped on the table edge. It was a relaxed stance, yet instinct told her he wasn't as unaware of her as he appeared.

She glanced down, only to see his battle-scarred hand slide to the jeweled hilt of a deadly dagger that was slung almost too casually from a studded belt at his waist. He wore a dark leather tunic spotted with spilled ale and his free hand gripped a frothy metal tankard. He had thighs as big around as her waist and they were taut, his black chausses showing the rippled power in his leg muscles, muscles that could hold in check the most deadly of warhorses.

But his face was what she would never forget. It was sharp, chiseled in raw angles, and his skin was bronzed from the harsh rays of the desert sun, where legend claimed he'd spent years as a  a battle-scarred mercenary who sold his finely honed skills to the highest bidder.