A Flawed Jewel by Dawn Brower

Pieretta boards a ship, unaware that Thor is waiting to kidnap her for revenge against her grandfather. 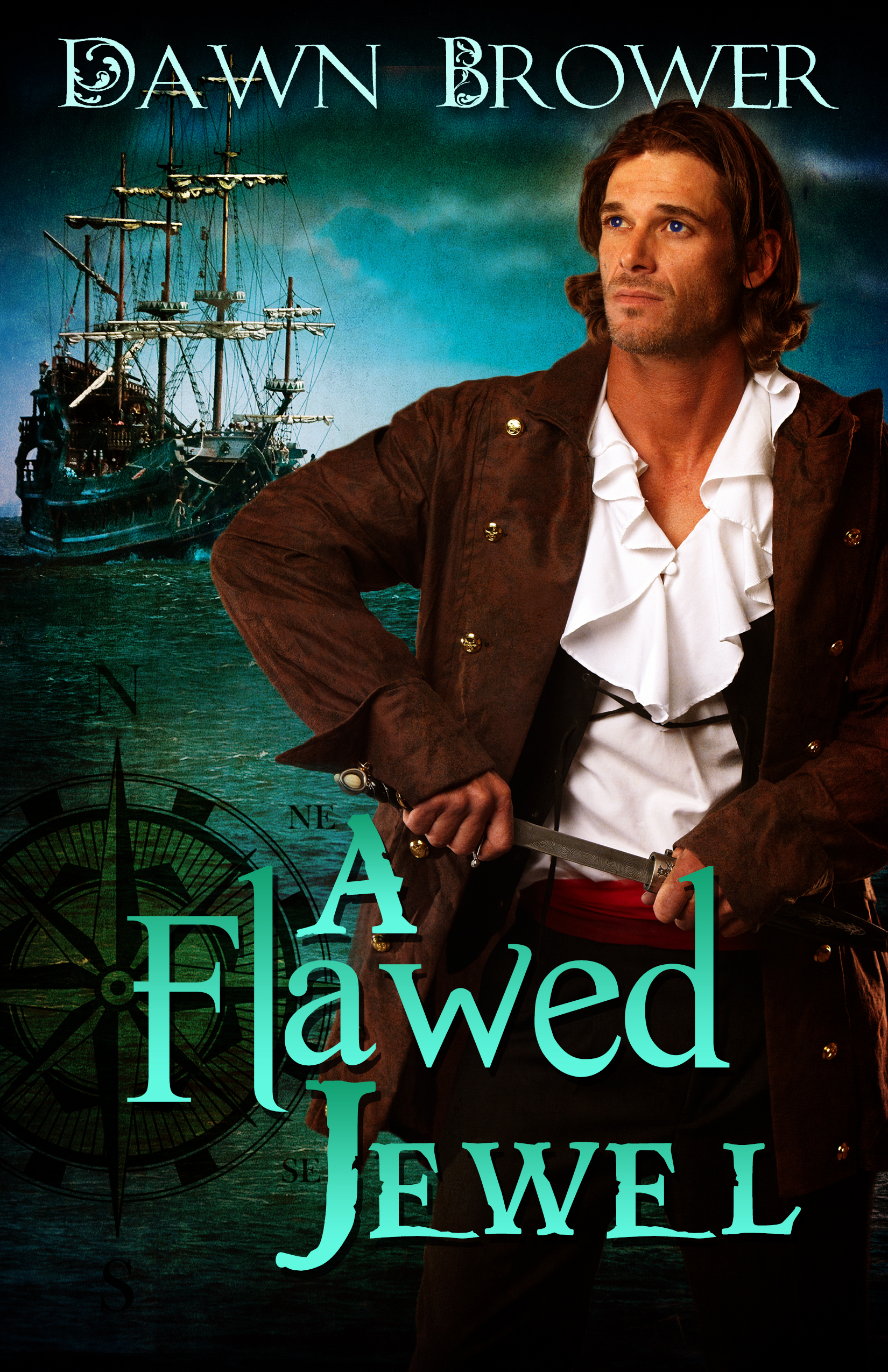 Pieretta boards a ship, unaware that Thor is waiting to kidnap her for revenge against her grandfather. Will love intervene, altering both their courses?

Pieretta Carlyle experienced the loss of her father, leaving her alone in the world except for her grandpere, Comte Renard Dubois. The comte insists that she travel to France to live with him. Pieretta doesn't want to leave Charleston and the only home she has ever known. Her grandpere is her guardian, and she must do what he says.

Thor has a score to settle, and Pieretta is the key to his revenge. He became a pirate unwillingly after his business partner tried to murder him. He must acquire Pieretta by any means necessary, and he doesn't mind plundering a ship to obtain her.

When Pieretta and Thor meet, they are instantly attracted to each other against their better judgments. Pieretta is disgusted by the pirate's actions. Thor knows what Pieretta believes, but proceeds with his plans anyway. She is only a tool to achieve vengeance. What happens will depend on Thor's need for revenge and Pieretta's ability to forgive him for his dastardly deeds.


It sells fairily well. My Marsden Romance series is one of my popular ones.


Oh Lord. A devilish smirk curved his lips. She was a goner for sure. Damn man, why must you have such an appealing face. She was so lost in her own thoughts she almost didn’t hear him when he finally spoke.

“I am Captain Thor, not Captain Pirate.”

It was Pia’s turn to laugh. Only moments ago, she had pondered her favorite book on Norse mythology, and here the blasted pirate was named after her favorite hammer wielding god.

“I suppose you carry a hammer only you can lift right?”