A Father for Christmas by Rachelle Ayala

Sweet romance between a homeless veteran and a single mother whose daughter asks Santa for an unusual gift. 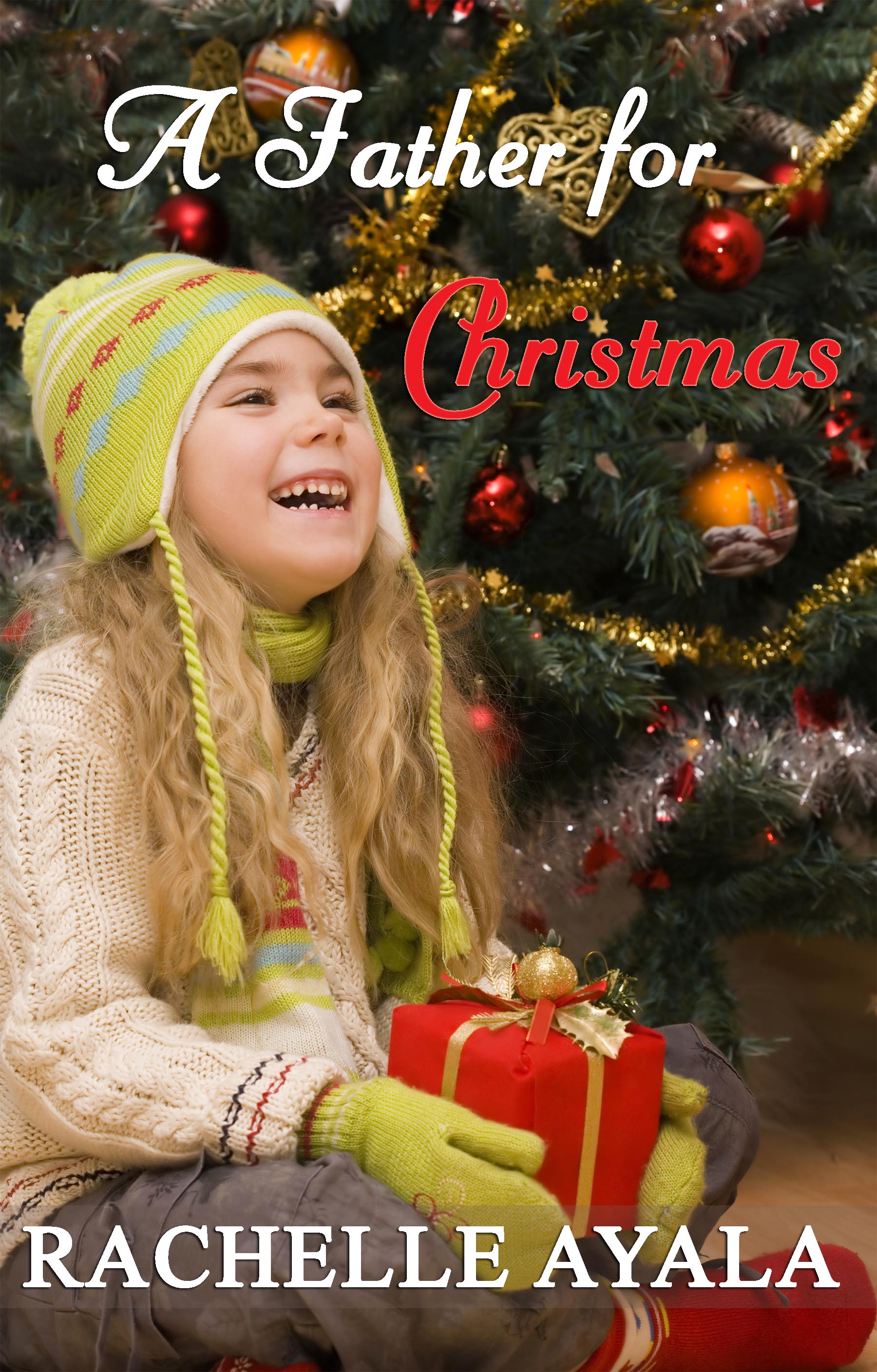 When Bree asks Santa for a father and picks Tyler, both Tyler and Kelly vow to keep Bree from being hurt while fighting their feelings for each other.

Tyler struggles with frightening flashbacks that scare Kelly. Meanwhile, Kelly's criminal past threatens her chance for happiness. Tyler and Kelly must believe in the power of love to give Bree her best Christmas ever.


Sold 2000 copies during the Christmas season and ranked as low as 1400 overall and 40 in Holiday fiction. Continues to sell even after Christmas at a good rate without advertising. [Update, sold over 4300 copies in less than a year.]


“I want a papa for Christmas,” my four-year-old daughter, Bree, tells Santa. She bounces in his lap and tugs his beard. “A real live papa to play with me and take me to the zoo.”
“You mean a puppy,” I cut in, my face flushed with heat. Ever since I put Bree in preschool, she’s realized she’s missing a father and bugging me to find one. She even suggested we put up posters on telephone poles like they do for lost pets.
“No, silly mama.” Bree crosses her arms and shakes her blond ringlet curls. “I want a papa with two legs and two hands.”
The mall-supplied Santa chuckles. “And a papa you shall have.”
Giggles and titters spill from the women behind me.
“I need me one of those, too,” a young mother holding a baby boy says. “Let’s see, six-foot-six, blazing hot and built like a fire truck.”
“Oh, yeah,” another mother with two squirmy toddlers replies. “Do they have a catalog? I can spend hours drooling instead of wiping up drool.”
Much like the hours I spent perusing anonymous sperm donor profiles back when I was a successful investment banker worried about aging eggs and the probability of getting struck by lightning without hitting the husband jackpot.
Bree hugs Santa. “Will he be under the tree? Pwo-mise?”
“You bet.” Santa high fives her.
“Picture?” I scramble with my camera, an old Canon point-and-shoot borrowed from my mother, but the battery light flashes and the camera shuts off. Meanwhile, the elf manning the professional camera snaps a few shots of my sweet daughter kissing Santa. Ugh, I wonder how many germs are embedded in that polyester beard?
Santa hands Bree to me and winks. “Shall I put a smartphone under the tree for you?”
I’ll need a lot more than a smartphone: try rent,