6 Stories from abroad by Bruno Maiorana and 5 more

This book is a compilation of interesting stories documenting the ins and outs of life as a foreigner. 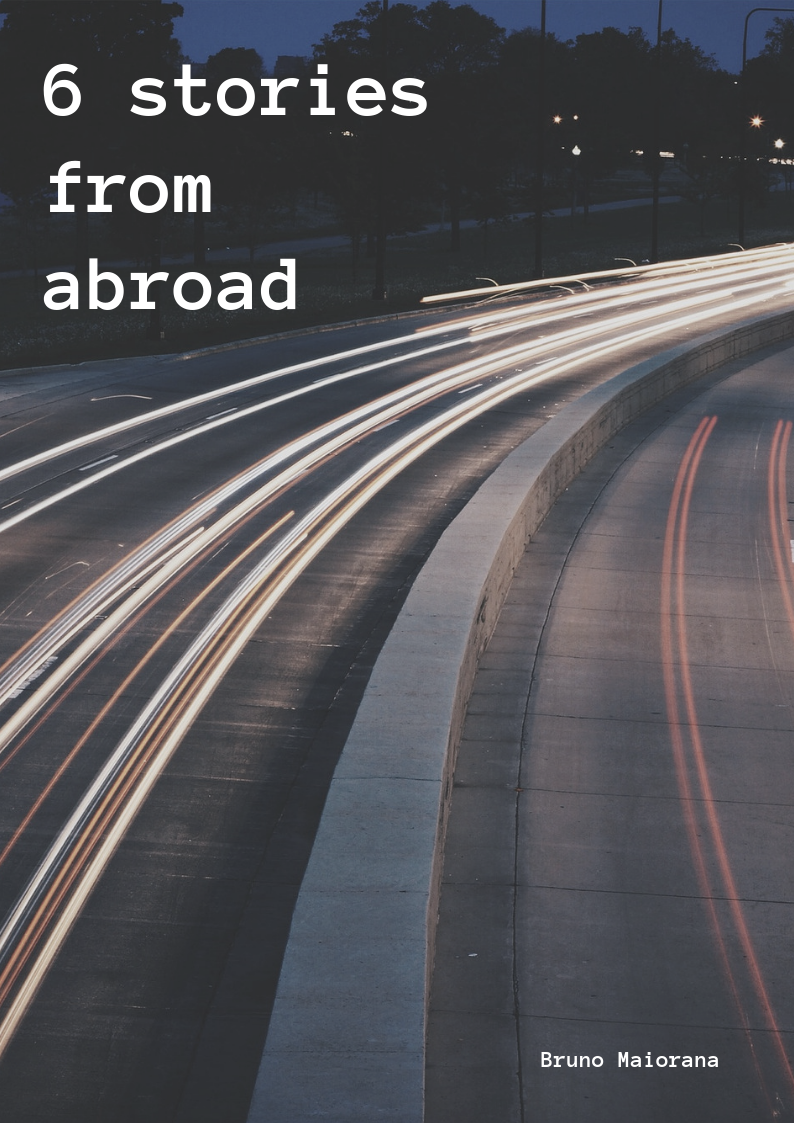 The second entry of the series "Stories from abroad."

This book is a compilation of interesting stories documenting the ins and outs of life as a foreigner, expat, immigrant or any other term you choose to describe somewhere living in a place different from where they grew up.

There are stories from Peru, China, Ecuador and Spain .


It sells a few copies every week.

One day, we found ourselves exploring the northern part of the gorge surrounding the city. We hiked uphill for five hours until we reached some narrow trail traversing groves of trees we had never seen before. Farmers worked the fields as usual. A herd of goats roamed freely in the prairie. Every once in a while, we would find cows and horses munching on grass and hay respectively.

As night came, bringing about the end of the day, we were accompanied by a gentle rain and a warm summer breeze, and we decided to keep pushing forward with the moonlight until we found a nice place to spend the night.

After walking for about an hour, the rain started to get heavier, and with a torch we spotted some structures nearby, belonging to what seemed to be some kind of settlement. The rain would not cease, that hindered our vision, and the mud made it difficult to walk but we ignored it and continue on until we saw an open door in one of the shacks.

It's actually pretty common in China to find these empty houses in the middle of the mountains. It seems as though people lived in them while they were working on projects nearby, like working in coal or tin mines, farming or building new roads. After finishing the job, they would abandon the houses - if you could even call them that - and go back to the city.

We walked into one of the shacks and pointed the flashlight towards the floor to unveil some rocks that had apparently been used as stools. They were assembled around the ashes of what seemed to once be a bonfire.