I am a native German speaker with a master's degree in German Literature. I have lived and studied in the US and am married to an American. 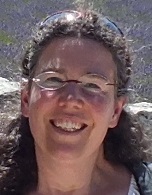 I am a native of the city of Cologne. After spending part of my schooling at an American boarding school in Rome, I graduated from "Gymnasium" (high school) with a focus in languages (Latin and ancient Greek). I earned a bachelor's degree in German Literature at the University of Salzburg and continued my studies at Bowling Green State University in Ohio, where I completed my Master's. I did an internship/residency at the Lyric Opera of Chicago. There, I worked in the education department.  My responsibilities also included work as the bilingual assitant to the German stage director. Upon my return to Germany I first worked at several opera houses before taking a position with the German state artists managment office (ZBF),where I worked with singers from around the world.

My first translation work was at the Cologne Opera, where I translated Italian libretti into German.

My husband and I live in Cologne with our two school-aged daughters. I currently work as a freelance translator and editor.